1. Which countries Export-Import (EXIM) Bank has to improve the power supply quality of the country ________ Mozambique.Note: 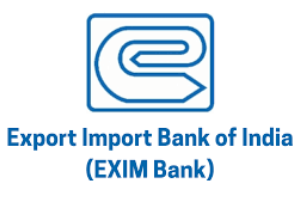 ➢ The Agreement was signed through exchange between Saroj Khuntia, General Manager of EXIM Bank and Adriano Isaias Ubisse, National Directorate of Treasury, Ministry of Economy and Finance, Mozambique.➢ With the signing of this agreement, India has extended 14 Lines of Credit to Mozambique taking the value to USD 772.44 million.2. Life Insurance Corporation of India(LIC) has acquired 4.23% Stake of which bank_______ YES Bank.Note:➢ With this acquisition, the hold of LIC in YES Bank has increased from 0.75%(19 crore shares) to 4.98%(125 crore shares).➢ Period of acquisition is between September 21, 2017, and July 31, 2020.3. Which of the following entities committed to invest Rs 75 crore in Endiya Partners Fund II ________ International Financial Corporation (IFC).Note: ➢ In addition to this, IFC has also committed an additional USD 10 million for direct co-investments.➢ The partnership will provide financial and strategic support to Endiya portfolio companies, resulting in increased access to growth opportunities and sustainable scalability.4. Which of the following banks has collaborated with InstaReM to enhance the existing outbound remittance service offerings from India ________ SBM Bank India.Note:➢ Through this partnership, SBM Bank India will be the licensed banking partner for InstaReM and gain access to United States, Canada, Australia, Europe, Singapore, Malaysia and Hong Kong.➢ SBM Bank India will also utilise the payment rails of InstaReM to facilitate last mile outbound transfer deliveries for the users in India.5. Which of the following organizations has launched ‘nth Rewards’, a business intelligence and analytics enabled omnichannel multi-branded loyalty platform ________ National Payment Corporation of India (NPCI).Note:➢ This platform enables users to earn ‘nth’ (denoting infinite possibilities) points through various bank transactions and redeem them instantly on various products, such as e-vouchers, donations, hotel and flight bookings.➢ The platform aims to become a one stop shop for the bank which will enable them to retain and grow their customer base.6. Which of the following stock exchanges has signed a Memorandum of Understanding (MoU) with Maharashtra-based bullion trade and industry associations ‘Akola Sarafa Association and Akola Sarafa Va Suvarnakar Yuva Sangh _______ Bombay Stock Exchange (BSE).Note:➢ The Bombay Stock Exchange (BSE) will conduct various activities such as seminars and awareness programmes on price-risk management for bullion traders and jewellers.➢ These programmes will help them in shifting to more organised forms of trading.7. Which of the following entities has launched India’s 1st Pocket Android POS (Point of Sale) Device for contactless ordering and payments in India _________ Paytm.Note:➢ It is an effort to digitise and empower a large number of Small and Medium Enterprises (SMEs).➢ The company aims to issue over 2 lakh devices within the next few months which will generate over 20 million transactions per month.8. Which of the following banks has obtained in-principle approval from the Reserve Bank of India(RBI) to set up a wholly owned non- financial subsidiary for undertaking activities permitted by RBI ________ South Indian Bank.Note:➢ After SIB completes the relevant formalities and receives final approval from the regulators the subsidiary will commence its operations.➢ The establishment of the subsidiary is a further step in consolidating the position of SIB “as a Retail Banking Power House.”9. Prime Minister Narendra Modi has launched the platform “Honoring the Honest” for which purpose _______ Transparent Taxation.Note: ➢ With a 50-year career in poetry, Indori, an Urdu scholar of great repute, was one of the biggest mushaira (poetry symposiums) stars in the country and someone who fearlessly called a spade a spade.
➢ He was also a bollywood lyricist and known for the lyrics of songs like “M Bole to” from Munnabhai MBBS (2003), and “Neend Churai Mei” from Ishq (1997).

7. Renowned personality GK Menon passed away, recently he was a veteran ________ Journalist.Note:➢ He played cricket at the club level and also was an active member of the Shivaji Park Gymkhana in Dadar, central Mumbai.➢ He was manager of the 1952-53 Bombay University team which won the Rohinton Baria Trophy by beating Delhi in the final at Bengaluru.8. Chunnakara Ramankutty passed away recently he was a famous poet and film and drama lyricist of which language _________ Malayalam.Note:➢ Popular Malayalam poet and film and drama lyricist Chunnakara Ramankutty passed away at a private hospital in Thiruvananthapuram.➢ Starting from 1978 he wrote lyrics for Malayalam films, till a few years back.

1. United Nations observes the International Day of the World’s Indigenous Peoples every year on _______ 09th August.Note:➢ The day is being observed to raise awareness of the needs of indigenous peoples.➢ The theme of International Day of the World’s Indigenous Peoples 2020 is “COVID-19 and indigenous peoples’ resilience”.2. The World Biofuel Day is observed globally every year _______10th August.Note:➢ The World Biofuel Day is observed every year to aware about the importance of non-fossil fuels as an alternative to conventional fossil fuels.➢ The day also highlights the various actions taken by the Government in the Biofuel sector.3. Which Days is being celebrated very year on 12th August ________ International Youth Day.Note: 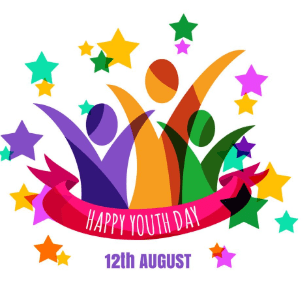 ➢ The day focuses on bringing the world together to help elephants and also inform people and organisations about the threat that an elephant faces.➢ On 12 August, 2012, the first international Elephant Day was celebrated. Since then, it is observed annually and this day is dedicated to the huge animal protection and preservation.6. The World Organ Donation Day is observed globally every year on ________13th August.Note:➢ This day is celebrated to raise awareness about the importance of organ donation and motivate people to donate organs after death.7. The World Lizard Day is observed every year on which date ________ 14th August.Note: 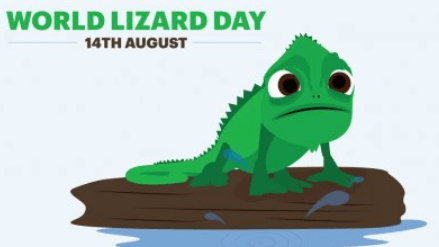 ➢ Most celebrations of this holiday occur at the local level, through events organized by schools, natural history or science museums, zoos, national parks, conservation NGOs etc.➢ World Lizard Day has not yet been taken up for serious conservation work by international agencies or organizations like the IUCN or WWF, and is focused on creating awareness of the reptiles, apparently mostly as pets.

1. Who has been appointed as the Chairman of the Union Public Service Commission (UPSC) _______ Pradeep Kumar Joshi.Note:➢ His tenure as the chairman of the UPSC will be till April 4, 2022.➢ He succeeds Arvind Saxena who retires as the UPSC chairman on 6th August 2020.2. Who has been appointed as the chairman of the 3-member committee set up by the government of India for determination of ceiling rates under Remission of Duties and Taxes on Exported Products (RoDTEP) scheme ______ GK Pillai.Note:➢ The two other members are Y G Parande, retired Central Board of Indirect Taxes & Customs member and Gautam Ray, retired chief commissioner of custom and central excise.3. Who has been appointed as new Managing Director (MD) and Chief Executive Officer (CEO) of PNB Housing Finance Limited _________ Hardayal Prasad.Note:➢ Prasad will take over from, Neeraj Vyas the current interim managing director and chief executive officer of the company, will step down from the position on August 10.➢ Prasad is experienced in banking, international operations at SBI and SBI Cards and Payment Services (SBI Card).4. Who took oath as the Prime Minister of Sri Lanka ______ Mahinda Rajapaksa.Note:➢ The 74-year-old Sri Lanka People’s Party (SLPP) leader has been appointed as the PM of Sri Lanka.➢ Prior to this, Mahinda Rajapaksa was first elected prime minister in 2004 and again appointed for brief periods in 2018 and 2019.5. Alexander Lukashenko has won the presidential election in which of the following country _______ Belarus.Note:➢ President of Belarus, Alexander Lukashenko has won his sixth consecutive term with 80.23 per cent of the vote at the country’s presidential election.➢ A former English teacher Svetlana Tikhanouskaya, who emerged as Lukashenko’s main rival at the elections gets 9.9 per cent of the vote.6. Who has been appointed as the Executive Chairman of Financial Services Platform, Capital India Finance Limited (CIFL) ________ Harsh Kumar Bhanwala.Note:➢ Dr. Bhanwala is a PhD holder and did his Post Graduation degree in Management from Indian Institute of Management (IIM), Ahmedabad.➢ He was Chairman of National Bank for Agriculture and Rural Development (NABARD) from December 2013 till May 2020.7. Walter Roger Martos Ruiz becomes new Prime Minister of which country _______ Peru.Note:➢ His appointment was confirmed by President of Peru, Martin Vizcarra.➢ Ruiz will succeed Pedro Álvaro Cateriano Bellido. The swearing-in ceremony took place at the Government Palace in Lima.8. Who has been has been appointed as the new Prime Minister of Mauritania ________ Mohamed Ould Bilal.Note:➢ The appointment was made by the Mauritanian President Mohamed Ould Ghazouani.➢ Mohamed Ould Bilal is a veteran public administrator and has served as the head of the country’s national water agency, a presidential aide and a cabinet minister.9. Who has been appointed as the new Chairman of Indian Council for Research on International Economic Relations (ICRIER) ________ Pramod Bhasin.Note:➢ He is currently the vice-chair of the board of governors at ICRIER. He will replace Isher Judge Ahluwalia, who has stepped down due to health reasons.➢ Isher had been in this position for 15 years.➢ She will continue as chairperson emeritus, a position specially created to honour her exceptional contributions to the Council.10. Who has been appointed as non-executive chairman of Indiabulls Housing Finance (IBH) ________ Subhash Sheoratan Mundra.Note:➢ Sameer Gehlaut, the co-founder and Chairman of Indiabulls Housing Finance Ltd ( IBHFL) has stepped down as the Executive Chairman of the company, and taken up the role of Non-Executive, Non-Independent Director of IBHFL.➢ He has stepped down to take charge as Chief Executive Officer (CEO) of Indiabulls Ventures Ltd, a subsidiary company of IBHFL.11. Who has been selected as the next chairman of Steel Authority of India Limited (SAIL) by the Public Enterprises Selection Board (PESB) ________ Soma Mondal.Note: 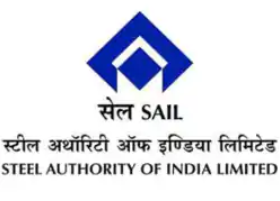