Q.1. The Asian Development Bank (ADB) has approved a $150 million loan to provide access to inclusive, resilient and sustainable housing for the urban poor in

Q.2. Which bank has launched an all-in-one Point-of-Sales (POS) swiping machine titled as ‘WisePOSGo’ for its merchant customers to process business payments.

Q.4. In bid to develop water supply infrastructure and strengthen capacities of urban local bodies for improved service delivery in which state the Government of India and Asian Development Bank (ADB) signed a $112 million loan agreement.

Q. 5. Indian government and the Asian Development Bank (ADB) have signed a $300 million loan as additional financing to scale up improvement of rural connectivity to help boost rural economy in.

Q.6. In September 2021, the Reserve Bank of India has taken which public sector out of Prompt Corrective Action (PCA) framework (PCA) on improvement in financial and credit profile.

Q.7. Which bank has launched the digital banking platform to provide all banking services under one roof.

Correct Answer is Bank of Baroda.

Q.8. How many merchant bankers have been appointed by the Government of India for managing Initial Public Offering (IPO) of Life Insurance Corporation of India (LIC), which is likely to be launched in January-March quarter 2022.

Q.9. Central government has approved the production-linked incentive (PLI) scheme for the textiles sector worth.

Q.10. Which became the first bank in India and Asia-Pacific to launch real-time online tracking for cross-border collections for businesses in India in partnership with SWIFT Global Payments Innovation (GPI).

Q.1. Renowned personality Aziz Hajini passed away recently he was a veteran.

Q.2. Renowned personality Oscar Fernandes passed away recently, he was a veteran.

Correct Answer is Quality and Sustainable Schools: Learnings from Schools in India.

Q.2. World Suicide Prevention Day is observed every year on which date.

Q.3. International Day to Protect Education from Attack is observed globally on.

Q.5. International Day for South-South Cooperation is observed globally every year on.

Q.7. Hindi Diwas or Hindi Day is observed every year on.

Q.1. Who has been appointed as the as the new Managing Director (MD) of Export-Import Bank of India (EXIM Bank).

Q.2. Who has been appointed as India’s Sherpa for the G20 which is an influential grouping that brings together the world’s major economies.

Q.4. V. Vaidyanathan has been appointed as the Managing Director & Chief Executive Officer (MD & CEO) of which bank.

Q.5. Who has been appointed as new Chief Executive Officer (CEO) of Yahoo.

Q.6. Billionaire Aziz Akhannouch was appointed as the new Prime Minister of which country.

Q.7. Who has been appointed as the new Acting Chairperson of National Company Law Appellate Tribunal (NCLAT) with effect from September 11, 2021.

Q.8. Who has been sworn in as the new Chief Minister of Gujarat.

Q.9. Who has been appointed as the new Chief Executive Officer of Ujjivan Small Finance Bank (USFB).

Q.10. Who has been elected as the Chairman of Asian Organisation of Supreme Audit Institutions (ASOSAI) for the period from 2024 to 2027.

Q.11. Who has been appointed as the Chairman of National Commission for Minorities (NCM).

Q.12. Who has been appointed as the governor of Tamil Nadu by President Ram Nath Kovind.

Q.13. Who has been appointed as the governor of Uttarakhand.

Q.14. Banwarilal Purohit has been appointed as the new governor of which state. 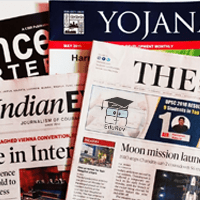