Q.1. Fill in The Blanks(i) An object that attracts materials like iron, nickel and cobalt is called a ______.Ans. Magnet.

(v) ______ magnets retain their properties only for a short period of time.Ans. Temporary.Q.2. True/False(i) A cylindrical magnet has only one pole.Ans. False

(ii) The force of attraction of magnet is maximum at the poles and minimum at the centre.Ans. True

(iv) The earth behaves like a giant magnet.Ans. True

(v) We can make magnet with single pole.Ans. FalseQ.3. Who Discovered Magnets?Ans. A shepherd named Magnes discovered magnets.Q.4. Where are poles of a bar magnet located?Ans. At the two endsQ.5. Where on a magnet is the magnetic force the maximum?Ans. At polesQ.6. How a mixture of iron filings and sand is separated?Ans. Mixture of iron filings and sand can be separated by using magnet.Q.7. At which part of a magnet is its magnetic force minimum?Ans. The force is weaker in the middle of the magnet.Q.8. In which direction a freely suspended magnet come to rest?Ans. A freely suspended magnet comes to rest in north - south direction.Q.9. What happens when we bring a magnetic compass near a closed electric circuit?Ans. When we bring a magnetic compass close to it, the needle gets deflected.Q.10. If magnet is not attracting the iron nails. What could be the reason behind this?Ans. Magnet may have lost its properties.Q.11. What happens when a south pole of a magnet is brought near the south pole of another magnet?Ans. The two magnets will repel each other because as like poles repel.Q.12. How can a magnet be demagnetized?Ans. A magnet can be demagnetized by heating, hammering or dropping from some height.Q.13. How can you tell whether a particular substance is magnetic or non-magnetic?Ans. If a particular substance is attracted towards a magnet, then it is a magnetic substance and if it is not attracted towards a magnet, then it is a non-magnetic substance.Q.14. Why should we not keep magnets near mobiles, television, computers and CDs?Ans. Devices such as mobiles, television, computers and CD are made up of magnetic material and have magnets in it. If we keep magnets near them, magnet may spoil these devices.Q.15. Why a magnet is called a "magnetic dipole”?Ans. Even a smallest piece of a magnet has north and south poles and we cannot separate the two poles. Therefore, poles always exist in pairs. That is why a magnet is called a "magnetic dipole”. 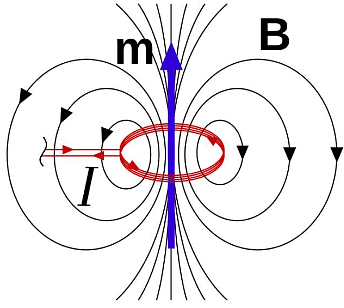 Q.16. What are electromagnets?Ans. Electromagnet is a magnet made by passing electric current through a soft metal surrounded by a coil. The magnetic field disappears when the current is turned off. 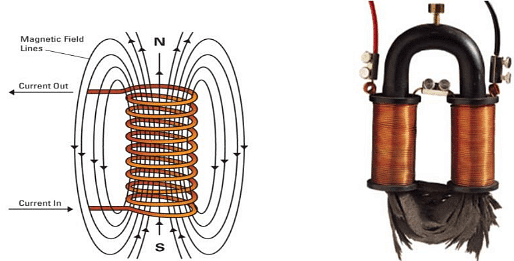 Q.17. If a bar magnet broke into pieces, then where will its North and South Pole?Ans. Each one has a north and south pole. Or, we can say, that the end that was pointing south will be South Pole and its opposite end will be a new north pole.Q.18. How does a magnetic compass work?Ans. The Earth behaves like a magnet and attracts the north end of compass magnet to align with its magnetic field. The north pole of the compass is attracted to the South Pole of Earth's built-in magnet and vice versa.

The document Worksheet Questions: Fun With Magnets Notes | Study Science Class 6 - Class 6 is a part of the Class 6 Course Science Class 6.
All you need of Class 6 at this link: Class 6
Join Course