Question 2: Answer the following in brief.

Why Ganga gets polluted?

Pollution of the Ganges poses significant threats to human health and the larger environment. It gets polluted because of human waste such as washing clothes and industrial waste such as chemicals and plastic.

Alluvium is a loose soil or sediments which are formed due to erosion by rainwater. It is typically made of small particles of silt and clay and larger particles of sand and gravel.

Name a tributary of the Ganga?

Ganga river has a large number of tributaries like Kali, Yamuna, Gomti,Gandak, Kosi and joins River Ganga at different points during its journey.

Which two Indian rivers join the Bay of Bengal?

The Ganges and Brahmaputra rivers, together with their tributaries, join the Bay of Bengal.

Question 5: From the map of the Northern Plains: 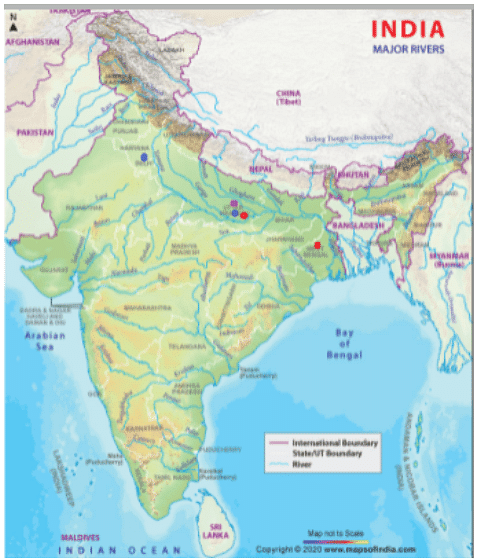