The document Worksheet: The Southern Plateaus Notes | EduRev is a part of the Class 4 Course Social Studies for Class 4.
All you need of Class 4 at this link: Class 4 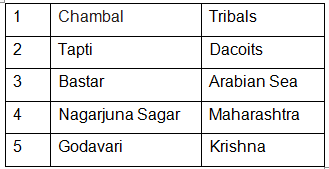 Question 5: From the map of the Southern- Plateau