This Launch will enable RBL Bank to help fintechs in enhancing their offerings with Visa Direct.

It was instituted in NABARD with the objective of giving low-cost support to State Governments and State-owned Corporations for quick completion of projects related to medium and minor irrigation, soil conservation and other forms of rural infrastructure.

Hindustan Aeronautics Limited (HAL) signed a contract worth INR 400 Crore for a period of 9 years with Tech Mahindra for implementation of Enterprise Resource Planning (ERP) to support its ‘Project Parivarta’.

Tech Mahindra will play a role in the transformation and modernization of ERP system as an implementation and support partner to enable HAL streamline and standardise its business processes across the organisation.

Axis Bank Ltd is ready to acquire around ______ of the equity share capital of Max life Insurance.

Axis Bank Ltd along with its subsidiaries namely, Axis Capital Ltd and Axis Securities Ltd (together Axis Entities) has agreed to enter into revised agreements with Max Financial Services (MFS) Ltd to acquire up to 19.002% of the equity share capital of Max Life Insurance Co Ltd (Revised Agreements).

This is in accordance with the Para 5(b) of Master Direction- Reserve Bank of India (Financial Services provided by Banks) Directions, 2016. Earlier the Axis bank was to acquire 17.002% in Max Life Insurance.

Alexis Vastine International Boxing Tournament for elite boxers was held from October 27, 2020 to October 31, 2020 at Nantes, France where nine Indians boxers i.e. five men and four women qualified for the Tokyo Olympics, postponed to next year because of the COVID-19 pandemic. 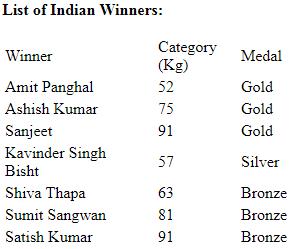 India’s first ever e-resource centre ‘Nyay Kaushal’ has been inaugurated (October 31, 2020) in which State/UT?

Nyay Kaushal will facilitate electronic-filing of cases in Supreme Court, High Court and district courts across the country. The virtual court will deal with all traffic challan cases from every corner of Maharashtra online.

The plan aims to boost the socio-economic development of Jammu region. The plan includes upgradation of existing facilities and development of new projects.

On November 1, 2020, the Central Government has provided Rs 670 crore to Regional Rural Banks (RRBs) in order to raise the Capital to Risk (Weighted) Assets Ratio (CRAR) of about one-third of the 43 RRBs who are suffering losses especially from north-eastern and eastern regions and need funds to meet regulatory capital requirement of 9%.

In accordance with National Bank for Agriculture and Rural Development (NABARD), RRBs as a group reported net loss of Rs 2,206 crore in the FY20, as against Rs 652-crore net loss in FY19.

As per the current scheme for recapitalisation of RRBs, the Centre, concerned state governments and the sponsor banks provides capital support in the ratio of 50:15:35, respectively to enable them to meet the regulatory requirement of CRAR.

Who has won the Emmett Leahy Award 2020?

He was honoured with the award for his sustained leadership on the issues of digital stewardship and preservation over the past years. He led the team that developed Digitalaya, e-library and Archiving system.

Scientists from National Bureau of Fish Genetic Resources (NBFGR) have discovered two new species of Shrimps from the coral reefs in which Indian Island?

Scientists associated with the National Bureau of Fish Genetic Resources (NBFGR) have discovered two new species of Shrimps from the coral reefs in Agatti island of Lakshadweep islands, India.

The two species were named Periclimenella agatti and Urocaridella arabianesis after the Agatti Island and Arabian Sea respectively.

The findings of the research are published in the Zootaxa, an international peer-reviewed journal.

“Pandemonium: The Great Indian Banking Tragedy” authored by Tamal Bandyopadhyay provides an insider perspective on the forces that are restructuring the banking system in India, Asia’s 3rd largest economy.

This book, published by Roli Books, provides an understanding about the challenges and economic potential of India.

Doraikkannu who passed away recently was the Agriculture Minister of which state?

Doraikkannu, Agriculture Minister of Tamil Nadu (TN) and a member of All India Anna Dravida Munnetra Kazhagam(AIADMK) passed away at the age of 72 at a private Hospital in Chennai.

He died due to COVID-19 related complications. He hails from Rajagiri near Papanasam in Thanjavur, Tamil Nadu.

The United Nations (UN) observes which day as International Day to End Impunity for Crimes against Journalists (IDEI)?

The United Nations (UN) International Day to End Impunity for Crimes against Journalists (IDEI) is observed annually across the globe on November 2 to end impunity (exemption from punishment from the injurious consequences of an action) for crimes against journalists.

The day also aims to raise awareness about all attacks against journalists and media workers.

The date, November 2 was chosen to commemorate the assassination of 2 French journalists namely, Ghislaine Dupont and Claude Verlon in Mali on November 2, 2013.

India’s first solar energy-driven miniature train has been virtually inaugurated in which state?

India’s first solar energy-driven miniature train was virtually inaugurated at the Veli Tourist Village in Kerala by state’s Chief Minister (CM) Pinarayi Vijayan. Developed with an outlay of Rs 10 crore, this train is a part of Rs 60 crore projects undertaken to make facilities of the Veli tourist village to international standards. Modelled after the vintage steam locomotive, it covers a distance of 2.5 km with three-bogie train and can carry 45 passengers.

Apart from this, he also dedicated Rs 5 crore Urban Park and Rs 2.5 crore swimming pool at the Veli tourist village which is located on the outskirts of the capital Thiruvananthapuram where the Veli Lake meets the Arabian Sea.

The IDEAS module uses Neural Network image processing and Analytics, Machine Learning and Natural Language that supports instant damage detection as well as calculation of the claims estimate for the surveyors to help in motor claims settlement in real-time. It is trained using more than 3,00,000 images over the last 2 years and has been integrated in the surveyor mobile app.

In a bid to develop skill sets of career-oriented individuals, SBI (State Bank of India) has entered into a strategic partnership with edX, a global non-profit education platform to expand the learners’ perspectives and access to knowledge beyond the classrooms. As part of this partnership, SBI will offer its Massive Open Online Courses (MOOCs) on the edX platform (edx.org.) from November 2020.

These courses will have duration for 4 to 6 weeks. There is no specific academic qualification needed to enroll in the course.

The policyholder of the plan will get the benefit of life protection along with a lump sum amount on diagnosis of any of the 36 critical illnesses.

Name the “Most Outstanding Company – Financial Sector” in India in the poll conducted by Asiamoney.

HDFC Bank Limited has been voted as the “Most Outstanding Company – Financial Sector” in India in the poll conducted by Asiamoney, a well-established financial publication. HDFC has been given the honour for the 2nd consecutive year

Alassane Outtara has been elected as President of which Country?

Alassane Outtara, President of Ivory Coast (Côte d’Ivoire) won the 3rd term as the President with her landslide victory in the 2020 Ivory Coast Election securing 94.27% of the vote.

As per the proposed combination, the whole general insurance business of Bharti AXA will be transferred to ICICI Lombard by way of demerger, considering that ICICI Lombard will issue shares to Bharti AXA. The combined entity (proposed merged non-life insurance company) is likely to have a market share of 8.7% on a pro forma basis.

Shane Watson announced his retirement from all forms of Cricket. He belongs to which Country?

The report states that for every rupee spent by Government on NMM and HPC programs of MoES, Country gains economic benefits worth Fifty rupees, which is 50 times more benefit on investment over the next Five Years Period.

The report refers to economic benefits as direct monetary gains to crop farmers, livestock rearers, and fishermen in the country. With an initial investment of ~ INR 1000 crores, NMM and HPC facilities have shown a 50-fold increase in their economic benefits.

Objective– To accept safe contactless card payments in seconds through an app on their Near-Field Communication (NFC)-enabled Android smartphones, without the need of any dedicated card acceptance machines.

To improve power quality and upgrade the power distribution network in Meghalaya. The loan will be increased by a USD 2 million grant from the Japan Fund for Poverty Reduction of ADB.

Chinmay Tumbe’s 2nd book titled “The Age of Pandemic (1817-1920): How they Shaped India And the World” the book argues that the period between 1817 and 1920 as the age of Pandemic which claimed around 70 million lives, with India as the epicentre.

The book is published by HarperCollins India and is set to publish in December 2020.