Which of the followings falls under the category of the plastic or non-fusion welding?

Plastic or Non fusion welding: In this welding, the pieces of metal to be joined are heated to a plastic state and then forced together by external pressure. This procedure is used in forge welding, resistance welding, thermit welding and gas welding.

Fusion or Non pressure welding: In the fusion welding, the material at the joint is heated to a molten state and allowed to solidify. This includes gas welding, arc welding etc.

Cold welding: In this welding, the joints are produced without the application of heat but by applying pressure which results in inter-surface molecular fusion of the parts to be joined. This process is mainly used for welding nonferrous sheet metal.

The proper selection of welding depends upon, in addition to cost involved:

The selection of proper welding depend on the following factors

1. The type of metal to be joined

2. The techniques of welding adopted

3. The cost of equipment used

4. The nature of products to be fabricated

In the upset butt welding:

In upset butt welding, the two metal parts to be welded are joined end to end and are connected across the secondary of a welding transformer

Due to the contact resistance of the metals to be welded, heating effect is generated in this welding.

The electric arc has:

Electric arc welding is the process of joining two metallic pieces. In this, melting of metal is obtained due to the heat developed by an arc struck between an electrode and the metal to be welded or between the two electrodes

When the supply is given across the conductors separated by some distance apart, the air gap present between the two conductors gets ionized. As the arc welding in progress, the ionization of the arc path and its surrounding area increases

The increase in ionization decreases the resistance of the path. Thus, current increases with the decrease in voltage of arc. It indicates that, arc has negative resistance characteristics

A rectifier used for welding has voltage current characteristic as:

Which of the following filament material has the lowest melting point? In electric discharge lamps, for stabilization of arc:

In electric discharge lamps, a choke is connected in series with the supply to limit the starting current and to stabilize the arc.

When a sodium vapor lamp is switched on, initially the color is:

Initially the sodium is in the form of a sloid, deposited on the walls of inner tube. When sufficient voltage is impressed across the electrodes, the discharge starts in the inert gas (neon). It operates as a low pressure neon lamp with pink colour

The type of drive used for a paper mill requiring a constant speed operation and the flexibility of control is:

Group drives: Electric drive that is used to drive two or more than two machines from line shaft through belts and pulleys is known as group drive

Individual drive: A single electric motor is used to drive one individual machine.

The least significant electrical characteristic in the selection of the electric motor for a flour mill is:

In the selection of the electric motor for a flour mill, starting torque and running torque both are important. Braking is least significant electrical characteristic for this purpose

Main line services: The distance between two stops is usually more than 10 km. High balancing speeds should be required. Acceleration and retardation are not so important

Urban service: The distance between two stops is very less and it is less than 1 km. It requires high average speed for frequent starting and stopping

Sub urban service: The distance between two stops is between 1 km and 8 km. This service requires rapid acceleration and retardation as frequent starting and stopping is required

For a given value of an average speed, decrease in duration of stops causes:

Average Speed: It is the mean of the speeds attained by the train from start to stop, i.e. it is defined as the ratio of the distance covered by the train between two stops to the total time of run. It is denoted with Va

Where Va is the average speed of train in kmph

D is the distance between stops in km

T is the actual time in hours

Schedule Speed: The ratio of the distance covered between two stops to the total time of the run including the time for stop is known as schedule speed. It is denoted with Vs

Where Ts is the schedule time in hours

For a given value of an average speed, decrease in duration of stops causes increase in schedule speed

The most modern method for the food processing is:

Dielectric heating has been applied in the food processing industry:

3. Pasteurizing milk and beer inside bottles

The furnaces used for cremation are:

The power factor will be maximum in case of:

Where, V is the applied voltage in V

f is the supply frequency in Hz

C is the capacitance

δ is the loss angle in radian

The luminous flux is measured in: 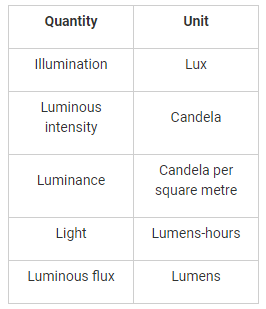 The process of providing an oxide film is known as:

Electrodeposition: It is the process by which one metal is deposited over other metal or non-metal by electrolysis

Electro metallization: It is the process by which the metal can be deposited on a conduction base for decoration and for protective purposes. Any non-conductive base is made as conductive by depositing graphite layer over it

Electro facing: It is the process of the coating of a metallic surface with a harder metal by electrodeposition

Anodizing: The process of deposition of oxide film on a metal surface is known as anodizing and oxidation

The filtration of electrolyte is necessary: