Variable Climatic condition throughout the state has led to the development of different agricultural practices. Scientists have divided the state into following agro-climatic regions:-

Rajasthan ranks second only to Jharkhand in the availability of minerals and is blessed with 79 different minerals. 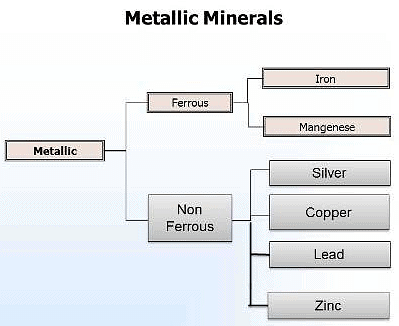 Although Rajasthan is not rich in Iron ore deposits but the available deposits of iron ore are of high quality. Various iron ore fields of Rajasthan are as follows:-

Zinc and Lead are found together and separated through process of refining process. Rajasthan is ranked 1st in zinc with 75 million tonnes of reserves in the state. Udaipur district has the maximum concentration of resources followed by Bhilwara. Various Zinc and Lead mining regions of the state are:-

Rajasthan has a monopoly over the non-metallic mineral resources 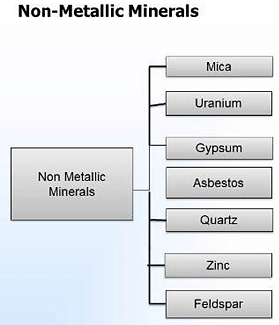 Major areas are- Jaipur,Ajmer,Pali,Tonk and Sikar