The document Analysis of Trusses Notes | EduRev is a part of the GATE Course Structural Analysis.
All you need of GATE at this link: GATE

Trusses are used commonly in Steel buildings and bridges. Definition: A truss is a structure that consists of

Example 1: Determine the force in each member of the loaded truss by Method of Joints 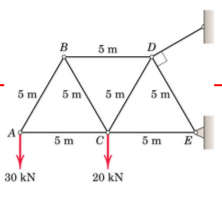 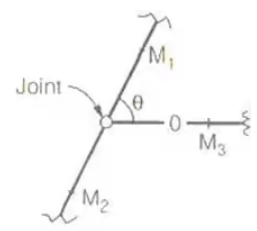 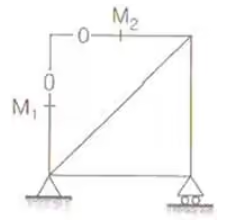 Example 2: The truss in Fig given below is pinned to the wall at point F, and supported by a roller at point C. Calculate the force (tension or compression) in members BC, BE, and DE. 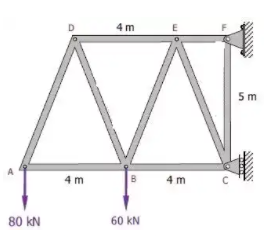 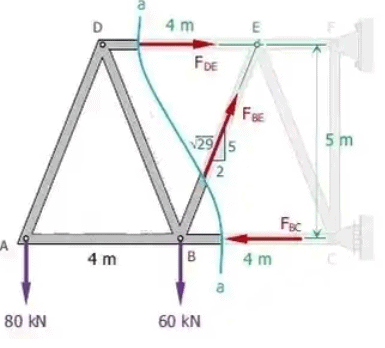 (i) Final force in the truss member

Q = Force induce in the member due to that member which is 'Δ' too short or 'Δ' too long is pulled by force 'X'.

Where, yC = Deflection of truss due to effect of loading & temp. both.If effect of temperature is neglected then