The root locus's angle conditions help us determine whether the given point exists on the root locus branch or not. We can find the value of the system gain 'K' with the help of the magnitude condition on the root locus.For a general closed loop system, the characteristic equation is given by:

We know that the s-plane is complex. Hence, the above equation in terms of a complex variable can be written as: 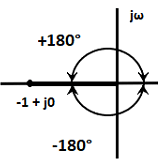 The common use of the angle condition in root locus is to test any point in the s-plane. It is used to find if the given point exists or not.

Converting it into polar and considering angles, we get:

Now, we know that the given point -2 + 5j exits on the root locus. We can use the magnitude condition, which is given by:

The value of K is given by: 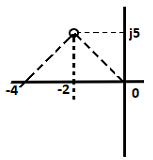 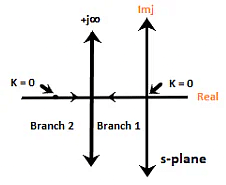 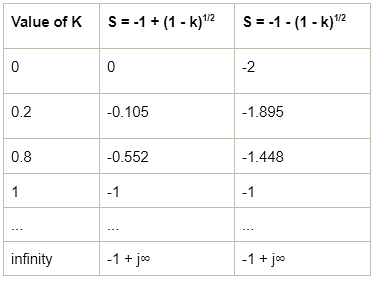