The following rule’s explain the concept of aromaticity:

1. Huckel rule’s: For a compound to be aromatic, following conditions must be followed

(i) Compound must be cyclic & planar or nearly planar.

(ii) It must show resonance & delocalization. 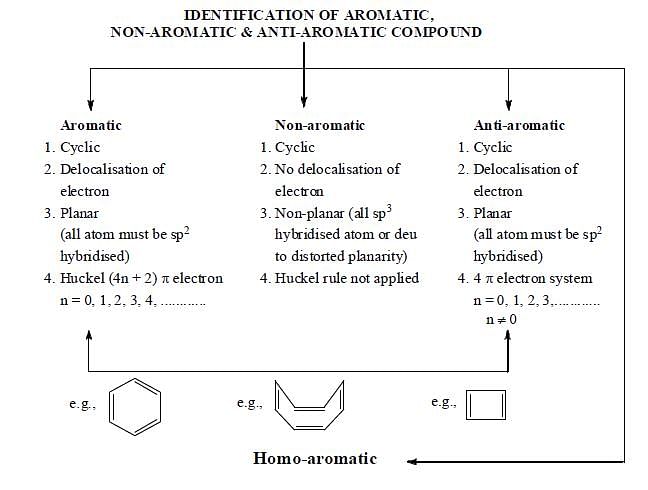 Homoaromatic molecules are molecules which are form

through delocalization of π-electron and it become aromatic in nature.

Number of π -electron in cyclic and a cyclic conjugated system 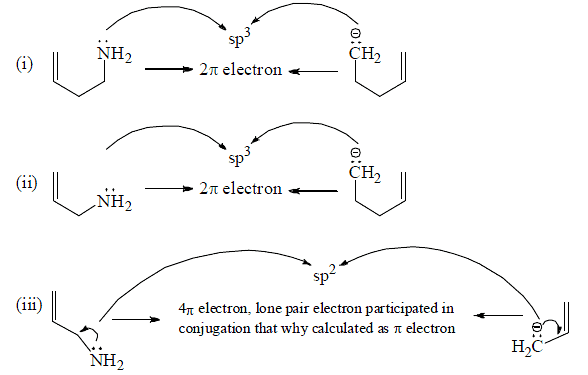 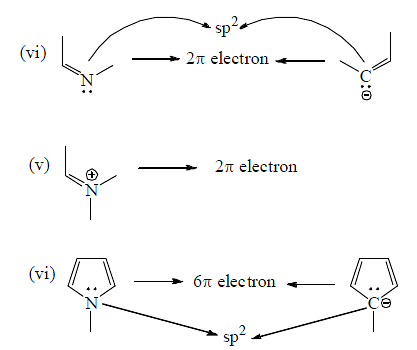 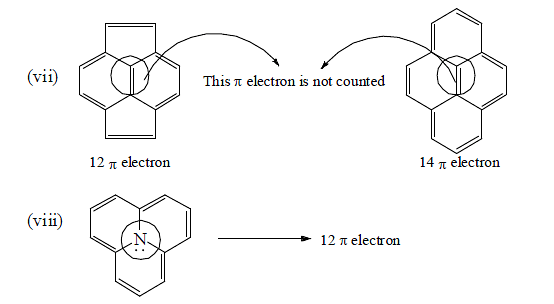 How To Apply Aromaticity Rule: 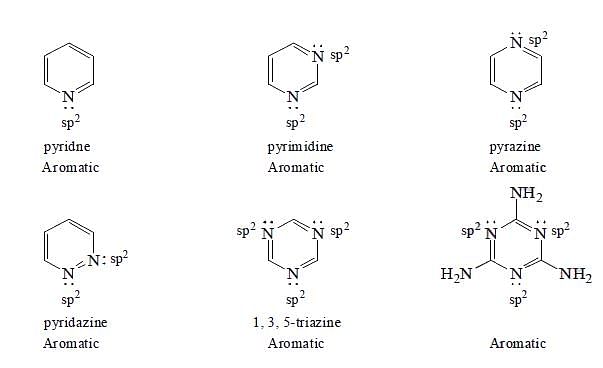 The monocyclic conjugated system of the general formula (CH)2n have been called annulenes, the number of carbon atoms inthe ring being denoted by a prefixed of breackts. In this system of nomenclature, benzene is [6] annulene and COT is [8] annulene. Since the carbon atoms occur as donded pair, an annulene must have an even of carbons. The annulenes can be grouped into two series.

Here we will discuss only those anulenes which have (4n + 2) π-electrons and aromatic in character.

in which the transannular interaction are removed. The NMR spectrum of (4) show an AB’BB’ system for the ring protons at low field [δ - 0.52] . This indicates that compound (4) is diatropic molecule and hence is aromatic.

[14] Annulene (cyclotetradecaheptaene) (5) follows the Huckel (4n + 2) π rule; but models and scale drawing indicate that the four inner hydrogens overlap so that a planar molecule is unlike. X-ray studies show that althrough all carbon-carbon bonds are of equal length but molecule is not planar. [14] Annulene is a diatropic molecule. Its inner protons appears at δ0.00 and outer protons appear at δ7.6 . Thus [14] annulene is aromatic althrough it is not planar.

Althrough [14] annulene is aromatic, the overlapping of the van der Waals radii of the four inner hydrogens reduces it aromaticity. thus, [14] annulene is not very stable. It is completely destroyed by light and air within 24 hrs. It does not give substitution reactions. 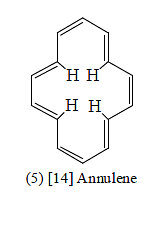 [18] Annulene (8) confirms the Huckel rule and, provided the molecule can assume nearly a planar conformation, should exhibit aromaticity. Molecular models and scale drawing indicate that the six inner hydrogens overlap slightly, but that this overlap is not so extreme as to exclude a reasonably planar structure. 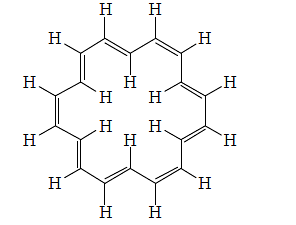 A three dimensional X-ray crystallographic analysis of [18] annulene showered that it was a near planar molecule with non-alternate bonds of two type six cisolid (141.9 pm) and twelve transoid (138.2 pm). The resonance energy of the comopund is 37 kal/mole. The NMR Spectrum of the compuond showred that it is a diatroic molecule: the twelve outer protons appear at about δ9.0 and the six inter protons at δ-3.0.

It is stable in crystalline state but decomposes in solution at room temperature. [20] 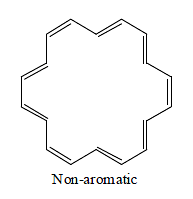 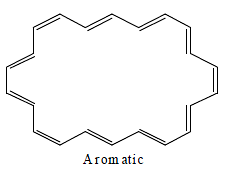 According to Huckel’s rule [4n+2]π , the molecule C and D is aromatic however A and B should be antiaromatic[4nπ,all atom is sp2 hybridized and cyclic] but in actual practise, the compound A and B is non aromatic, the question arises how A and B become nonaromatic?

(1) Cyclic and planar (2) Non benzenoid and polynuclear benzenoid (3) Either aromatic or non aromatic. Where n is total number of π electron 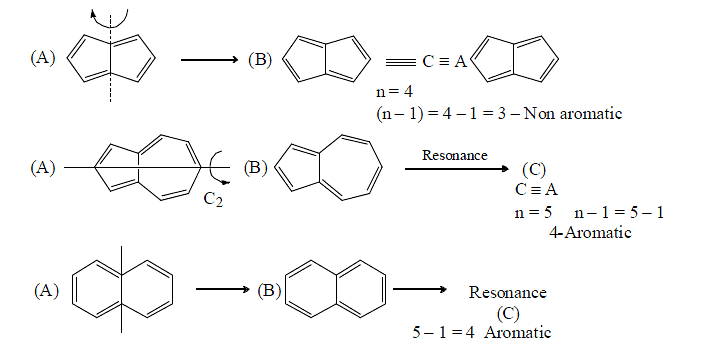