Generally, each production unit uses 4 types of inputs, which are also known as Factors of Production:

A producer does not get these Factors of Production for free, they come at a price:

While talking about the above mentioned Production Function, we have taken following assumptions:

What is an Isoquant? 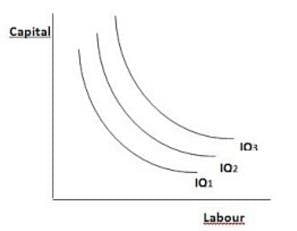 Some important properties of Isoquant curve are as following:

Concept of Cost of Production: 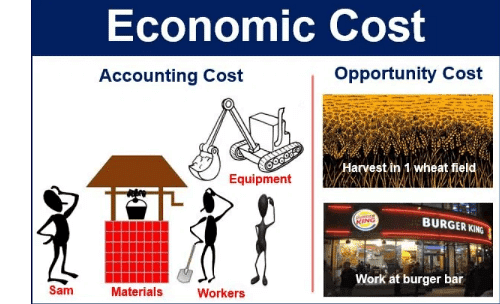 Homogeneous Products - It is a product that cannot be distinguished from competing products from diﬀerent suppliers. In other words, the product has essentially same physical characteristics and quality as similar products from other suppliers. One product can be easily substituted for the other.Diﬀerentiated Product - Product diﬀerentiation is the process of distinguishing a product or a service from other computing products or services. Thus, diﬀerentiated products are those that can be distinguished from competing products by other suppliers.Example - Taj tea and TATA tea.Diﬀerent Types of Market Structures are as following1. Perfect Competition

Concept of Economy of Scale

It is the cost advantage that enterprises obtain due to their scale of operation, with cost per unit of output declining with increasing scale of production.

Therefore, the concept of economy of scale states that as a production unit gets bigger, its average cost comes down and that unit becomes more eﬃcient.