The document Benzene Preparation and Physical Properties Class 11 Notes | EduRev is a part of the Course Chemistry for JEE.

The parent member of the family of aromatic hydrocarbons is benzene (molecular formula:C6H6). It has hexagonal ring of six carbon atoms with three double bonds at alternate positions. It is resonance stabilized and the structure may be represented as given below. 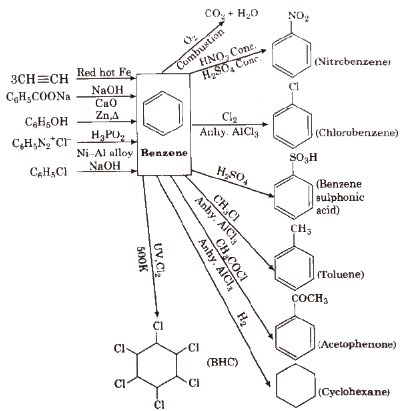