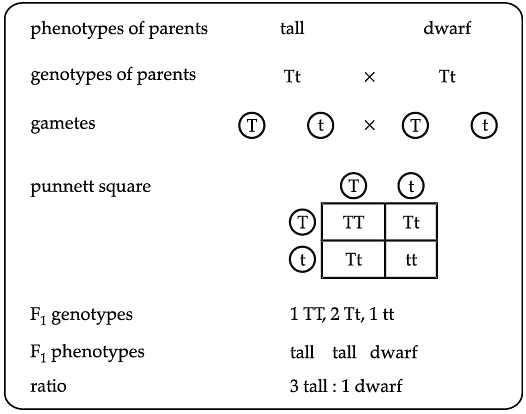 (a) Identify (i), (ii), (iii) and (iv).(b) A polypeptide consists of 14 different amino acids.  How many base pairs must be there in the processed mRNA that codes for this polypeptide?(c) How many different types of tRNA are needed for the synthesis of this polypeptide?(d) Which one of the following pairs of codons is correctly matched with their function or the signal for the particular amino acid ?(i) GUU, GCU – Alanine(ii) UAG, UGA – stop(iii) AUG, ACG – Start/methionine(iv) UUA, UCA – Leucine(e) One of the salient features of the genetic code is that it is nearly universal from bacteria to humans. Mention two exceptions to this rule.Ans. (a) 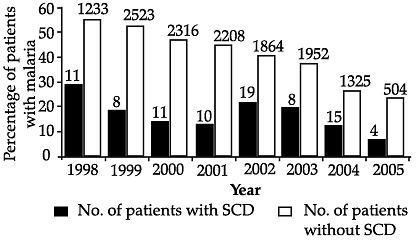 Q.17. Name any two copper releasing IUD’s. State how they act as a contraceptive.Ans. CuT, Cu7, Multiload 375Cu ions released suppresses sperm motility and the fertilizing capacity of sperms.Q.18. Describe the structure of a nucleosome.Ans. A unit of eight molecules of positively charged histones, negatively charged DNA , wrapped around the histone octamer, contains 200 bp of DNA helix.// In lieu of the above explanation the following diagram along with the following statement can be considered. 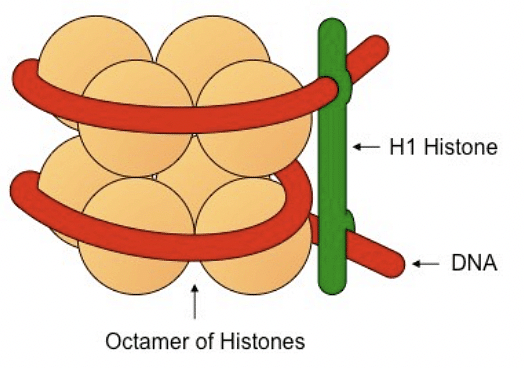 DNA is negatively charged, histone is positively charged, 200 bp of DNA helix.Q.19. Explain co-dominance with the help of one example.ORA segment of DNA molecule comprises of 546 nucleotides. How many cytosine nucleotides would be present in it if the number of adenine nucleotides is 96?Ans. When the dominant alleles of the same gene which are contributed by both parents are expressed, it is called co-dominance // F1 generation resembles both the parents.In human blood group

In human red blood cells, alleles IA and IB of gene I are both dominant, when IA &  IB are present together in an individual both are expressed as  IAIB, (AB blood group).Q.20. Explain the method to increase the competency of the bacterial cell membrane to take up recombinant DNA.Ans. The recombinant DNA can be forced into the bacterial cell treated with divalent cations and incubating it with recombinant DNA on ice. This is to be followed by placing it briefly at 42°C (heat shock), and then putting it back on ice. This process would enable the bacteria to take up the recombinant DNA.ORWhat are bioreactors ? How are large volumes of cultures maintained and processed in them ?Ans. Bioreactors are vessels in which raw materials are biologically converted into specific products such as enzymes using microbial, plant, animal or human cells. A bioreactor provides the optimal conditions for achieving the desired product by providing optimum growth conditions like temperature, pH, substrate, salts, vitamins and oxygen.Q.21. What kind of biodiversity of more than a thousand varieties of mangoes in India represent ? How is it possible?Ans. Genetic diversity is represented by a large varieties of mangoes found in India.Reason for genetic diversity : Use of horticulture techniques likes grafting, breeding etc. by humans.Q.22. Give two reasons as to why a weed such as Calotropis flourishes in abandoned fields.Ans. Dry hairy seeds helps in dissemination/having xerophytic adaptations (thick hair on leaves and stems) not grazed by animals as it produces poisonous substances/cardiac glycosides.Q.23. Write the binomials of two fungi and mention the products/bioactive molecules they help to produce.Ans. (a) Trichoderma polysporum, cyclosporin A.(b) Aspergillus niger, citric acid(c) Monascus purpureus, statin.(d) Saccharomyces cerevisiae, ethanol / alcohol.(e) Penicillium notatum, Penicillin.Q.24. Define interference competition. Give one example that supports competitive exclusion occurring in nature.Ans. Interference competition is the feeding efficiency of one species which might be reduced due to the interfering and inhibitory presence of the other species, even if resources (food and space) are abundant. Examples that support competitive exclusion occurring in nature are:

Q.25. What are the two approaches for conserving biodiversity ? Name them. Give one example of each.Ans. Two approaches for conserving biodiversity are : In-situ conservation and ex-situ conservation. E.g. of in-situ conservation : wildlife sanctuaries/ national parks / biosphere reserves/ sacred groves E.g. of ex-situ Conservation : in botanical gardens/ zoological gardens/ seed/pollen/gene banks.ORThere are many animals that have become extinct in the wild but continue to be maintained in Zoological parks.  What type of biodiversity conservation is observed in this case ?Ans. It is an example of ex-situ conservation (off–site conservation). In this approach, threatened plants and animals are taken out of their natural habitat and placed into suitable settings and given special care.Q.26. (a) Differentiate between spermatogenesis and spermiogenesis.(b) Mention the function of mitochondria in sperm.Ans. (a) Difference between spermatogenesis and  spermiogenesis : Spermatogenesis is a process of formation of haploid spermatozoa from germinal cells while spermiogenesis is a process of differentiation of spermatozoa into a spermatid. Here, a spermatid forms a single spermatozoon.(b) Mitochondria provide energy for the movement of sperm.Q.27. How does the activity of each one of the following help in organic farming ?(a) Mycorrhiza(b) Cyanobacteria(c) RhizobiumAns. (a) Mycorrhiza : The fungal symbiont in these association absorb phosphorous from soil and pass it to plant. Plants in return provide food to fungus. Plants also show resistance to root borne pathogens,  tolerance to salinity / drought , an overall increase in plant growth and development.(b) Cyanobacteria : Serve as an important biofertiliser by fixing atmospheric nitrogen, also add organic matter to the soil, and increase its fertility.(c) Rhizobium : Fix atmospheric nitrogen into organic forms, which is used by plant as nutrient/ increase soil fertility / symbiotic association in root nodules of leguminous plants.Detailed Answer :(a) Mycorrhiza is a symbiotic association of fungi (e.g. the genus of Glomus) with the roots of higher plants.The fungal symbiont in these association absorbs phosphorus from soil and passes it to the plant. This association help the plant to absorb phosphorus in natural way thus helping in organic farming.(b) Cyanobacteria are autotrophic microbes, which can fix atmospheric nitrogen, e.g. Anabaena, Nostoc, Oscillatoria, etc. They are capable of converting atmospheric nitrogen into soluble form like nitrites or nitrates.They enrich the nitrogen content of the soil, acting as a natural fertiliser.(c) Rhizobium bacteria live in the root nodules of the leguminous plants. They help in fixing atmospheric nitrogen into organic forms, which is used by the plant as nutrient. Thus, it enriches the soil and makes it fertile thereby helping farmers.Q.28. Define flocs and state their importance in biological treatment of waste water.Ans.

Q.30. Highlight the differences and a similarity between the following population interactions: competition, predation and commensalism.Ans.

Q.31. (a) Explain one application of each one of the following :(A) Amniocentesis(B) Lactational amenorrhoea(C) ZIFT(b) Prepare a poster for the school programme depicting the objectives of : “Reproductive and Child Health Care Programme”.Ans. (a) (A) To detect chromosomal disorders / sex determination (legally banned) / detect genetic disorder / Karyotyping.(B) To prevent pregnancy / means of natural contraception.(C) To assist an infertile couple to have children by transferring the zygote / early embryo / embryo at eight blastomere stage into fallopian tube.

(b) A poster made on RCH - Any relevant slogan or sketch made should be awarded marks.Example: Hum Do Hamare Do, Do Boond Zindagi Ke, Beti Bachao Beti Padhao, Stop STD, Gender selection and detection is punishable, (Any other relevant theme)Detailed Answer :(a) (A) Amniocentesis is a medical procedure used in prenatal diagnosis of genetic disorders like thalassemia, Down's syndrome etc. In this process, amniotic fluid from the uterus of pregnant lady is taken out by a needle to test the developmental abnormalities of the baby inside the mother's womb.(B) Lactational amenorrhoea (absence of menstruation) is a temporary contraceptive method based on the fact that ovulation and therefore the cycle do not occur during the period of intense lactation following parturition.(C) Zygote Intra Fallopian Transfer (ZIFT) is an assisted reproductive technology used for infertility treatment.In this, the sperm from a donor male and ova from a donor female are fused in the laboratory. The formed zygote is then transferred into the fallopian tube at 8 blastomeres stage.(b) Poster for RCH programme : 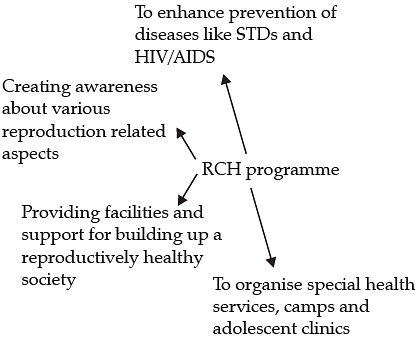 OR(i) Name the hormones secreted and write their functions :(a) By corpus luteum and placenta (any two).(b) During Follicular phase and parturition.(ii) Name the stages in a human female where :(a) Corpus luteum and placenta co-exist.(b) Corpus luteum temporarily ceases to exist.Ans. (i) (a) Corpus luteum : progesterone, essential for maintenance of the endometrium.Placenta : hCG / human chorionic gonadotropin, produce during pregnancy / stimulates and maintains the corpus luteum / to secrete progesterone / growth of mammary glands.HPL / human placental lactogen, produced during pregnancy.Estrogen, maintenance of pregnancy /supporting foetal growth / metabolic changes in mother (Any two).(b) Follicular phase : LH / FSH, stimulates follicular development / secretion of estrogen by growing follicles.Parturition : ox ytocin causes stronger uterine contractions / relaxin, secreted during (later stage) the pregnancy / softens symphysis pubis.(ii) (a) Pregnancy / gestation.(b) Menstruation / proliferative phase / ovulatory phase / follicular phase.Q.32. Evaluate the suitability of DNA and RNA as genetic material and justify the suitability of the one that is preferred as an ideal genetic material.Ans. Evaluation of DNA and RNA on the basis of the properties of the genetic material :(i) It should be able to generate its replica (Replication) : As per the rule of base pairing and complementarity, both the nucleic acids (DNA and RNA) have the ability to direct their duplications.(ii) The genetic material should be chemically and structurally stable enough not to change with different stages of life cycle, age or with change in physiology of the organism.Presence of 2'-OH group and uracil make RNA more reactive and structurally less stable than DNA. Therefore, DNA is a better genetic material than RNA.(iii) It should provide the scope for slow changes (mutation) that are required for evolution : Both DNA and RNA are able to mutate. In fact, RNA being unstable, mutates at a faster rate. Consequently, viruses having RNA genome and having shorter life span mutate and evolve faster.(iv) It should be able to express itself in the form of 'Mendelian Characters’ : RNA can directly code for the synthesis of proteins, hence can easily express the characters. DNA, however, is dependent on RNA for synthesis of proteins. The protein synthesising machinery has evolved around RNA.(v) The above discussion indicates that both RNA and DNA can function as genetic material, but DNA being more stable is preferred for storage of genetic information.ORExplain the mechanism of DNA replication as suggested by Watson and Crick.Ans. Mechanism of Replication of DNA suggested by Watson and Crick 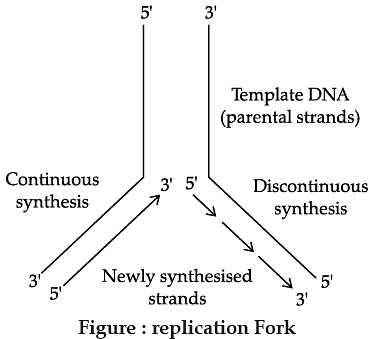 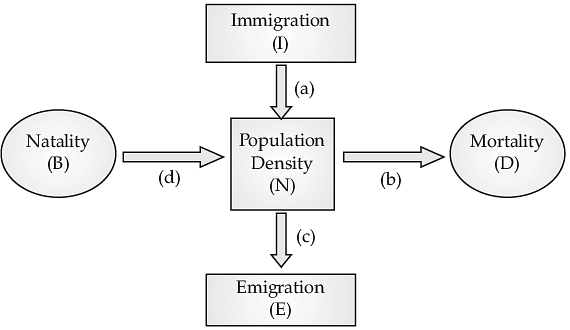