As the Bipolar Transistor is a three terminal device, there are basically three possible ways to connect it within an electronic circuit with one terminal being common to both the input and output. Each method of connection responds differently to its input signal within a circuit as the static characteristics of the transistor vary with each circuit arrangement.

Common-base terminology is derived from the fact that the : base is common to both input and output of the configuration. Base is usually the terminal closest to or at ground potential. Majority carriers can cross the reverse-biased junction because the injected majority carriers will appear as minority carriers in the n-type material. All current directions will refer to conventional (hole) flow and the arrows in all electronic symbols have a direction defined by this convention.

Note that the applied biasing (voltage sources) are such so as to establish current in the direction indicated for each branch. 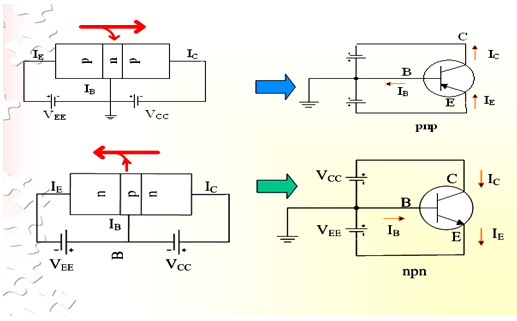 To describe the behavior of common-base amplifiers requires two sets of characteristics:

The output characteristics has 3 basic regions: 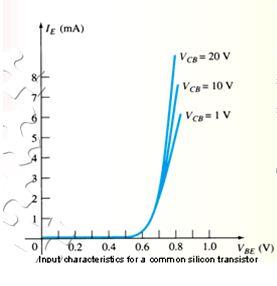 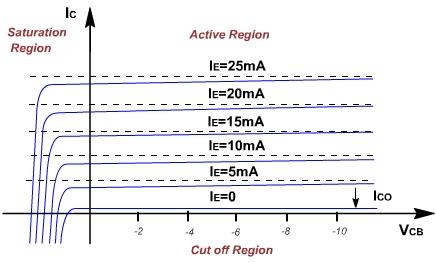 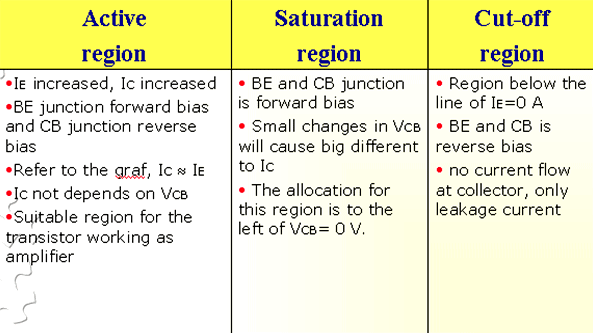 Once a transistor is in the ‘on’ state, the base-emitter voltage will be assumed to be VBE = 0.7V

In the dc mode, the level of IC  and IE due to the majority charge carriers are related by a quantity called alpha, a= αdc

For ac situations where the point of operation moves on the characteristics curve, an ac alpha defined by αac.

Alpha is a common base current gain factor that shows the efficiency by calculating the percentage of current flow from emitter to collector. The value of a is typical from 0.9 ~ 0.998. 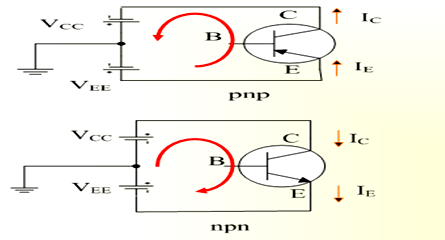