Buddhism started in India over 2,600 years ago as a way life that had the potential of transforming a person.

Causes of Origin of Buddhism

The various causes that led to the origin of Buddhism are: 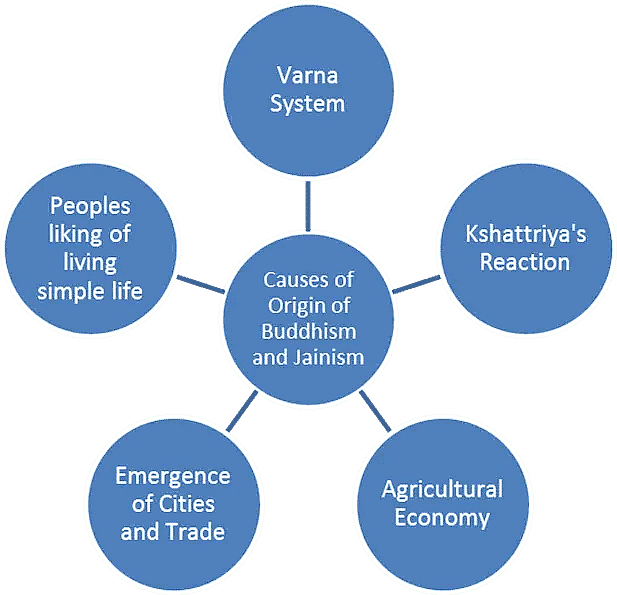 2. Agricultural Economy:Rise of the new agricultural economy that needed animal husbandry instead of killing animals

3. Emergence of Cities and TradeThe agricultural boom led to the increased production of food which also helped in the development of trade, craft production, and urban centers.

4. People's liking of living a simple life:The Vaishyas and other mercantile groups favored Buddhism as they yearned for a better social and peaceful life:

Life of Gautama Buddha and Evolution of Buddhism 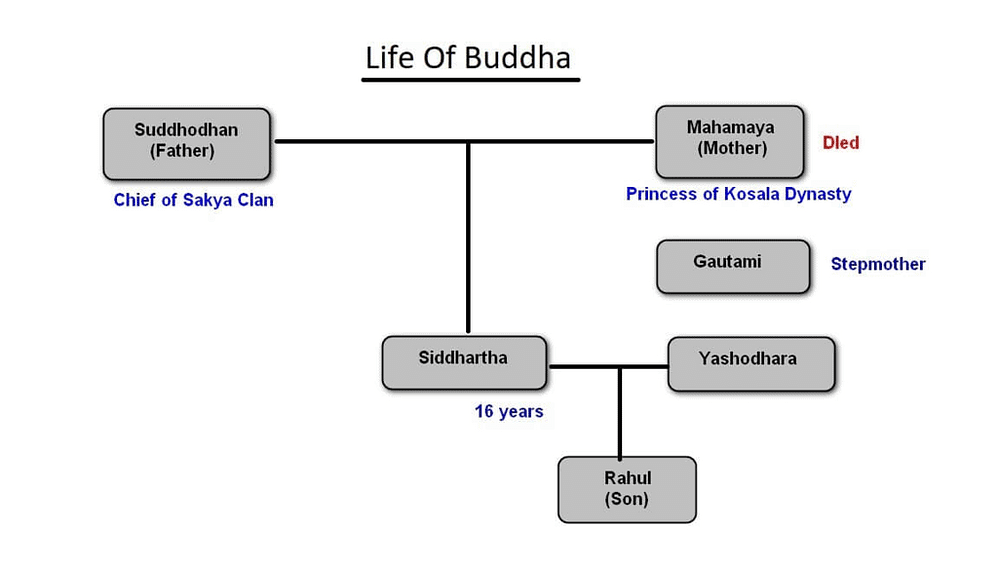 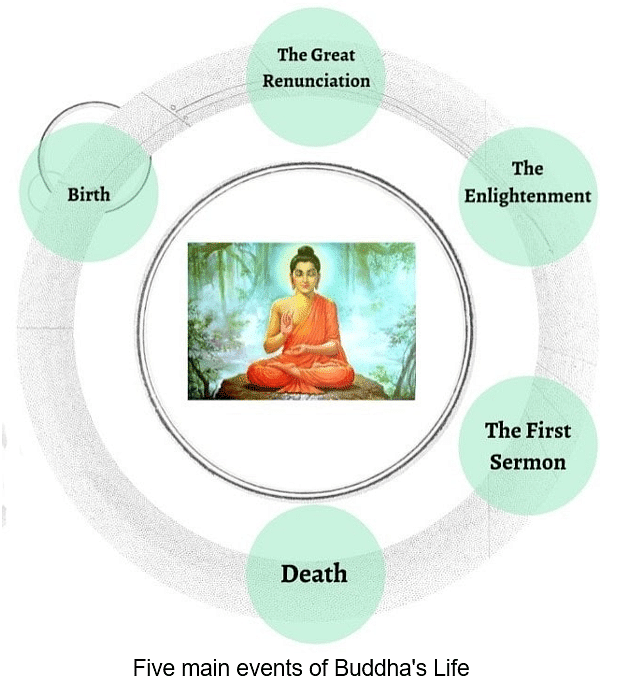 The core idea of Doctrines of Buddhism is obtained from

Question for Buddhism- Origin & Evolution
Try yourself:Who among the following propounded the philosophy of 'Ashtangika marga' (the Eightfold Path)?
Explanation

The correct answer is Gautam Buddha.
The idea of the Eightfold Path appears in what's considered the primary sermon of the founding father of Buddhism, Siddhartha Gautama, referred to as Buddha, which he delivered after his enlightenment. 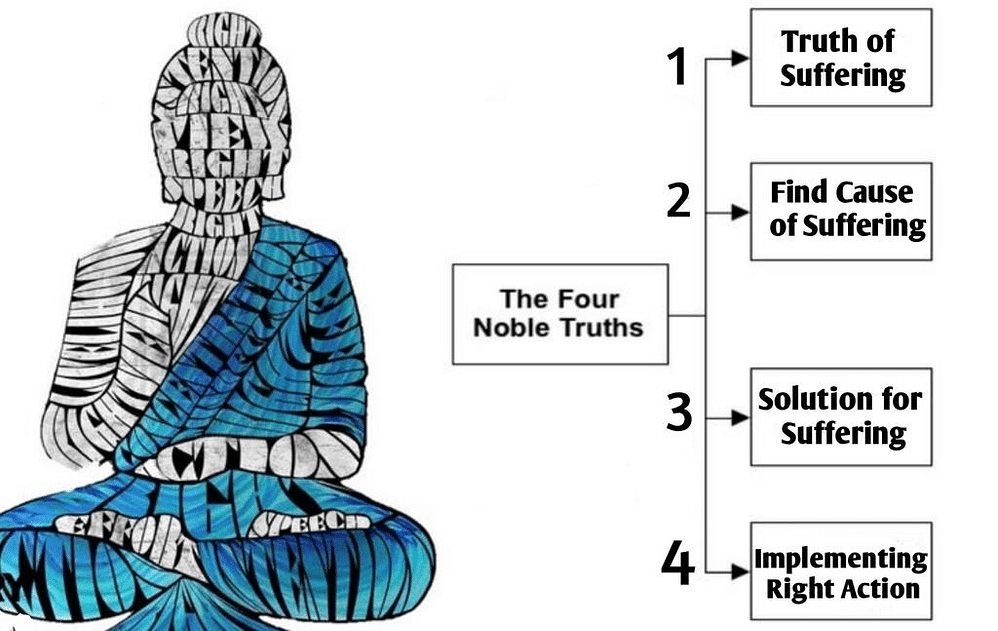 The Eight-Fold Path is more about unlearning rather than learning, i.e., to learn in order to unlearn and uncover. The path consists of eight interconnected activities and is a process that helps one to move beyond the conditioned responses that obscure one’s nature. The Ashtangika-Marga consists of the following: 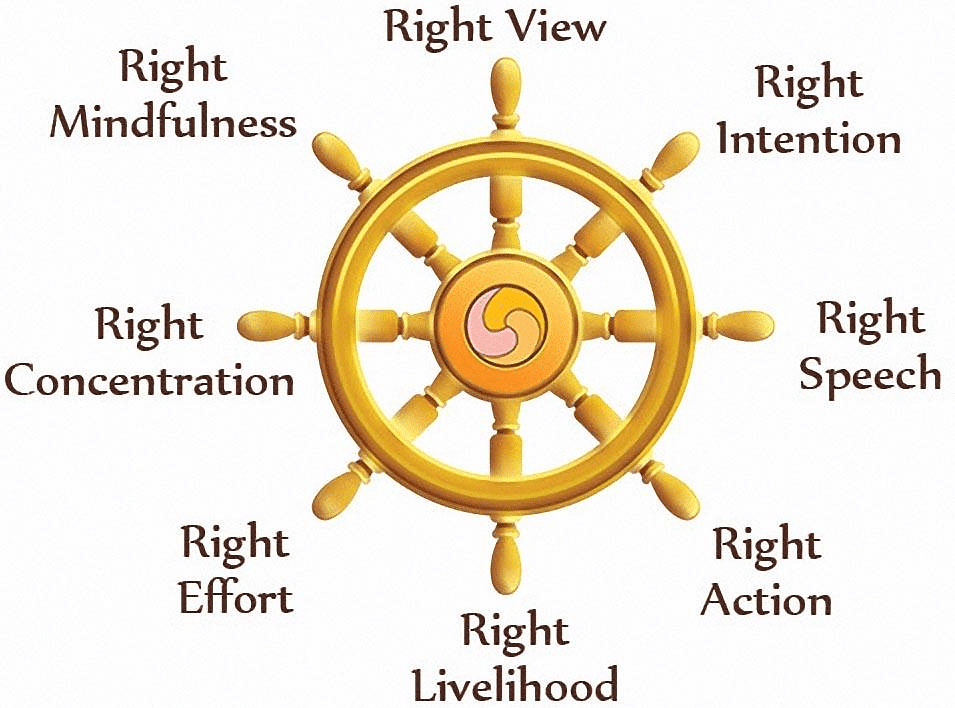 In addition to these, monks and nuns were strictly instructed to observe the following three additional precepts-

The early Buddhist literature is divided into canonical and non-canonical texts:

1. Canonical texts:are believed to be the actual words of the Buddha. Canonical texts are books that lay down the basic tenets and principles of Buddhism such as the Tipitakas.

The earliest compilation of Buddhist teachings which were written on long, narrow leaves is “The Tipitakas” (in Pali) and “Tripitaka” (in Sanskrit). 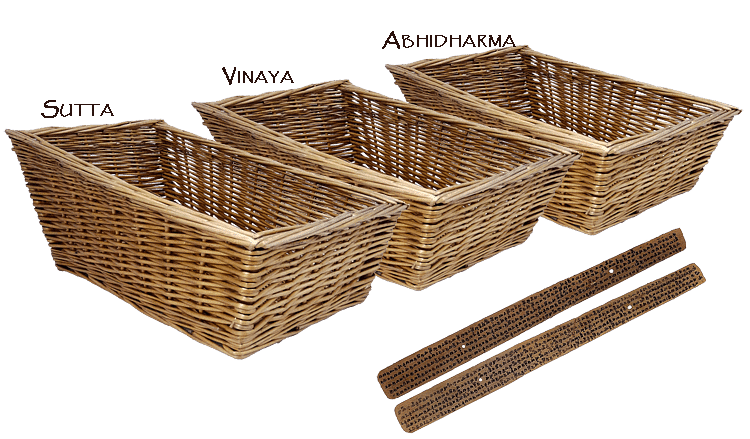 2. Vinay Pitaka- This contains rules for monks and nuns of the monastic order (Sangha). It includes the Patimokkha – a list of transgressions against monastic discipline and atonements for these. The Vinaya text also includes doctrinal expositions, ritual texts, biographical stories and some elements of Jatakas or “birth stories”.

3. Abhidhamma Pitaka –The Abhidamma Pitaka is a philosophical analysis and systematization of the teaching and the scholarly activity of the monks. It consists of the religious and metaphysical discourses of Buddha

The correct answer is ​Buddhism.
Pitaka has great importance in Buddhist literature.

Some important ones are:

The three sects of Buddhism are Hinayana, Mahayana, and Vajrayana

From the early 12th century, Buddhism began to disappear from the land of its birth. Various causes that led to the decline of Buddhism are:

Contribution of Buddhism to Indian Culture

Buddhism has made remarkable contribution to the development of Indian culture:

Buddhism as a Way of Soft Diplomacy

To practice questions of Buddhism, you can attempt the tests given below: