Strength and Durability of Concrete 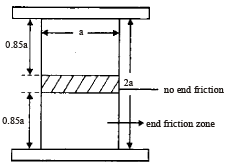 (b) Variations in Strength.

where n < 30,σ is standard deviation.

Characteristic Strength : It is the strength below which not more than 5% of the test result are expected to fall. fck = fm – 1.65 σwhere

Compressive Strength of Concrete in a structure:

DO YOU KNOW?Among the materials and mix variables, water cement ratio is the most important parameter governing compressive strength.No factor of safety has been included in this strength formulae. It has to be included now.

Distance between the support point and load point is known as shear span. Shear  between two load points is zero and hence the failure occurs in the shear span.

If the failure occurs in the shear span and distance > 20 mm the test is rejected. Bending moment at the section of failure.

where w = failure load in kN. 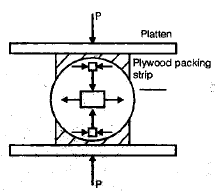 -We generate tensile load by this method to find out tensile strength as it is difficult to apply direct pull on the specimen. 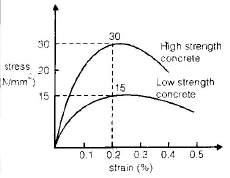 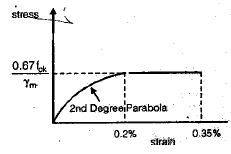 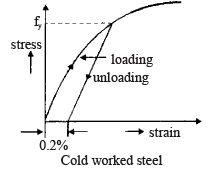 (a) Actual Stress-Strain Cuves for Steel 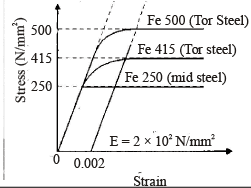 (b) Design Stress-Strain Curves for Steel 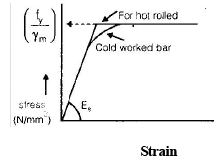 (b) Soundness of Aggregate 

(a) Selection of non reactive aggregates(b) By the use of low alkali cement(c) By the used of corrective admixtures such as pozzolanas.(d) By controlling the void space in concrete.(e) By controlling moisture conditions and temperature.

Important Fraction of Wet Concrete other than Aggregate(a) WaterMaximum permissible limits for solids as per IS:456–2000 in water:

(b) Compaction by Vibration

(c) Compaction by Pressure and Jolting

Curing Methods may be broadly divided into 4 categories.