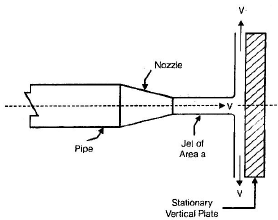 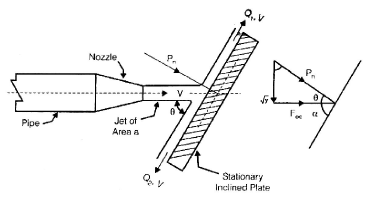 Force exerted by the jet normal to the plate  Fn = ρaV2.sinθ 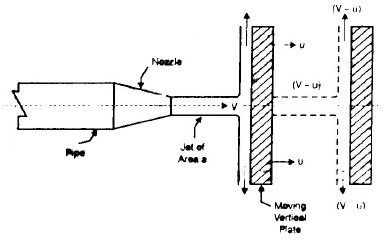 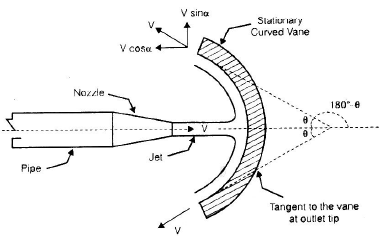 Force exerted by a jet in its direction of flow on a curved vane is always greater than that exerted on a flat plate.

-Force Exerted By a jet on a Hinged Plate

-Force due to jet of water, normal to the plate

sinθ=ρav2/WW= weight of the plate