There are two general types of transformers, the core, type, and the shell type, which differ from each other by the manner in which the windings are wound around the magnetic cores. 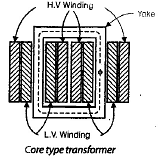 Shell Type TransformerIn this type of transformer, the L.V. and H.V. windings are wound over the central limb and are inter-leaved or sandwiched. It performs better for low voltage, low power levels, whereas core type construction is used for high voltage, high power transformers. 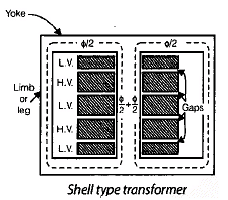 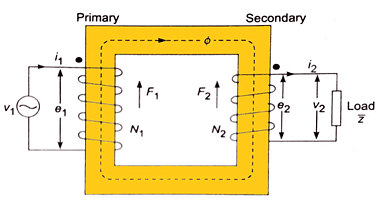 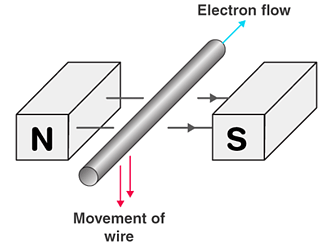 The direction of induced emf is such that if it allows to cause a current then the current so produced, oppose the cause.

Note:As we have assumed infinite permeability core this means zero magnetizing current is required for stabilizing the core flux. 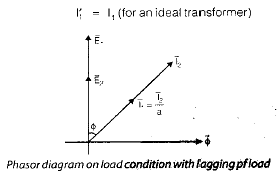