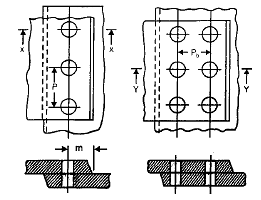 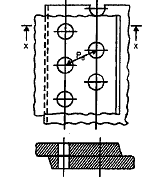 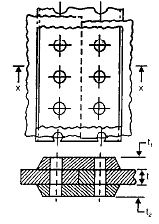 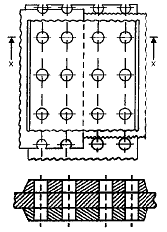 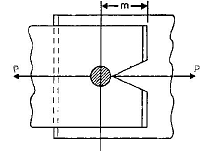 This can be avoided by keeping the margin (m = 1.5d) where d is the diameter of rivet hole. 

Due to tensile stresses in the main plates, the main plate or cover plates may tearoff across a row of rivets. In such cases we consider only a pitch length of the plate.The resistance offered by the plate against tearing is known as tearing resistance or tearing strength or tearing value of the plate.Let, p = pitch of the rivetsd = diameter of rivet holet = thickness of the plateft = permissible tensile stress for the plate materialSo tearing area per pitch length (At) = (p – d)t, pt = ft × (p-d)t 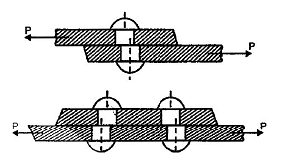 The plates which are connected by the rivets exert tensile stress on the rivets, and if the rivets are unable to resist the stress, they can shear off. 

The resistance offered by a rivet to be crushed is known as crushing-resistance or  crushing strength of bearing value of the rivet.Let,t = thickness of platefc = safe permissible crushing stress for the rivet material.n = no. of rivets per pitch length under crushing. 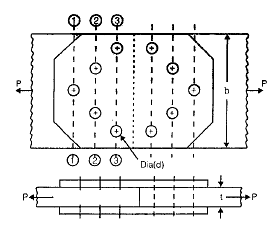 Shearing  resistance of one rivet