Any motion that exactly repeats itself after a certain interval of time is a periodic motion . A periodic motion which is having to and fro motion is called vibration.TYPE OF VIBRATION 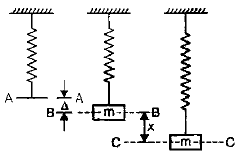 where A and B are the constants of integration and their values depend upon the manner in which the vibration starts.

(ii) Energy Method • In a conservative system (system with no damping) the total mechanical energy i.e. the sum of the kinetic and the potential energies remains constant.

Let the motion be simple harmonictherefore, x = Xsinwntwhere X = maximum displacement from the mean position of the extreme position

or KE at mean position = PE at extreme position 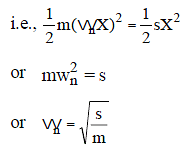 If we consider mass of spring is 'm1' then 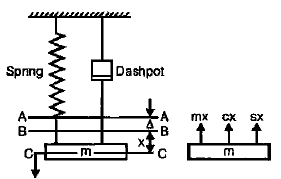 = acceleration of the mass at time 't'.As the sum of the inertial force and the external forces on a body in any direction isto be zero 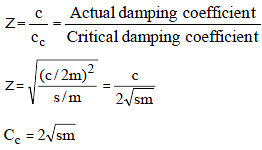 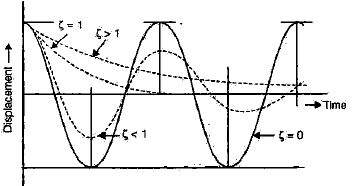 Logarithmic Decrement (d) : The ratio of two successive oscillations is constant in an underdamped system. Natural logarithm of this ratio is called logarithmic decrement. 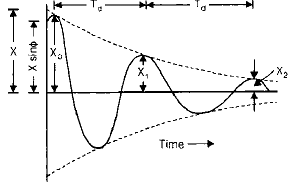 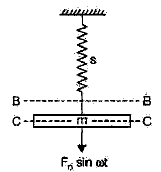 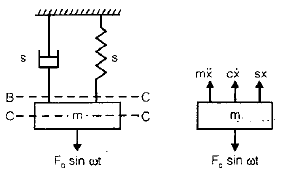 If the mass is subjected to an oscillating force F = F0 sinwt, the forces acting on the mass at any instant will be

Thus the equation of motion will be

for cantilevers supporting a concentrated mass at free end.

for beams fixed at both endsNote : A shaft supported in long bearings is assumed to have both end fixed while one in short bearing is considered to be simply supported.(ii) Uniformly loaded Shaft (Simply supported) 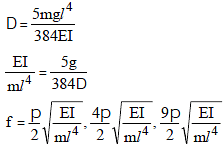 Then, taking the smallest value of fn