The document Chapter Notes- Force and Laws of Motion Class 9 Notes | EduRev is a part of the Class 9 Course Science Class 9.
All you need of Class 9 at this link: Class 9

Unbalanced forces can do the following: 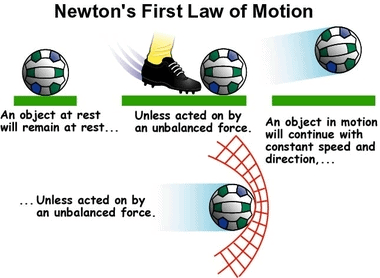 (b) Mass and Inertia Illustration of force depending on mass and acceleration.

Some explanations to understand the momentum:

(b) Momentum and Mass

(e) Proof of Newton’s First Law of Motion from the Second Law
The first law states that if external force F = 0, then a moving body keeps moving with the same velocity, or a body at rest continues to be at rest.⇒ F = 0We know, F = m(v-u)/t

(b) Law of Conservation of Momentum

Law of Conservation of Momentum 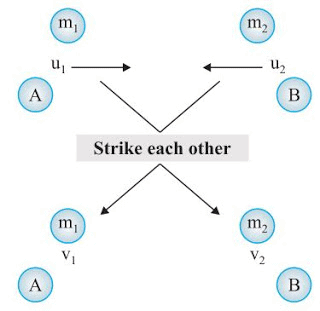 Example 1: A bullet of mass 20 g is fired horizontally with a velocity of 150 m/s from a pistol of mass 2 kg. Find the recoil velocity of the pistol.