The document Short Notes: Winds, Storms & Cyclones Notes | Study Science Class 7 - Class 7 is a part of the Class 7 Course Science Class 7.
All you need of Class 7 at this link: Class 7

Air: Air is a mixture of gases.

Tube of bicycle gets inflated when air is filled in it. This happens because air exerts pressure.

When boiled water is filled in a tin can and its mouth is closed with the lid; followed by cold water being poured over it, the can gets distorted. This happens because air inside the can gets condensed and creates low pressure. The higher pressure from outside distorts the shape of the can.

You can fly a kite because air exerts pressure from the rear portion of the kite.

Cause of Wind Movement:

Pressure difference in the air is cause by differential heating. Warm air rises up because it becomes lighter. This creates an area of low pressure below the rising air. The area of low pressure is quickly filled in by cooler air from around. That is how the wind movement is created on the earth. Thus differential heating of air creates pressure difference; which makes the wind movement.

Movement of Air Because of Uneven Heating on Earth:

Movement of Air in Equatorial Region: The Equatorial region gets the highest amount of sunshine throughout the year. Due to this, the air near the equatorial region gets heated. The warm air rises up and creates an area of low pressure. The cooler air; from the higher latitudes; rushes towards the equator to fill the gap. This results in the wind movement from tropical zones towards the equator. Similarly, wind movement is caused in other parts of earth.

Movement of Air Because of Uneven Heating of Land and Water:

Monsoon: The flow of moist air from ocean towards land in summer is called Monsoon or Monsoon wind. The word Monsoon came from Arabic word ‘mausim’, which means weather. The term ‘Monsoon’ had traditionally been used to describe the typical climate of the Indian Peninsula during the rainy season. Now-a-days, the term ‘Monsoon’ is being also used to describe the similar climate in other parts of the world.

Monsoon winds carry water vapour which falls over the land in the form of rain after cooling down. In India, the harvest depends on the monsoon wind because it is the major factor towards bringing rainfall in India.

Thunderstorm: Many a times, rain is associated with lightning. Rain with lightning is called thunderstorm. This happens mostly in the summer. Thunderstorm occurs frequently in hot and humid tropical areas, such as India.

Destruction caused by Cyclone: A strong cyclone can be very destructive.

Since cyclone is accompanied with high speed wind, it can damage houses, telephone poles, electric poles and uproot trees. 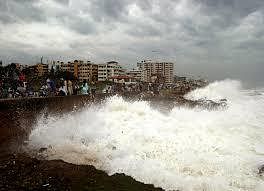 Strong wind of the cyclone may push the sea water towards the sea shore in the form of high wave. These high waves may damage houses and push water to low land which may be accompanied with loss of life and properties.

Being the area of very low pressure, eye of cyclone lifts water in the centre. This may cause the rise of water up to 3 to 15 metre high. This appears like a water wall. This water wall; when pushed towards seashore; can inundate a large area, which can cause the loss of live and property.

In India, the eastern coastal region is more vulnerable to cyclones; in terms of intensity and frequency of cyclones, compared to the western coast. 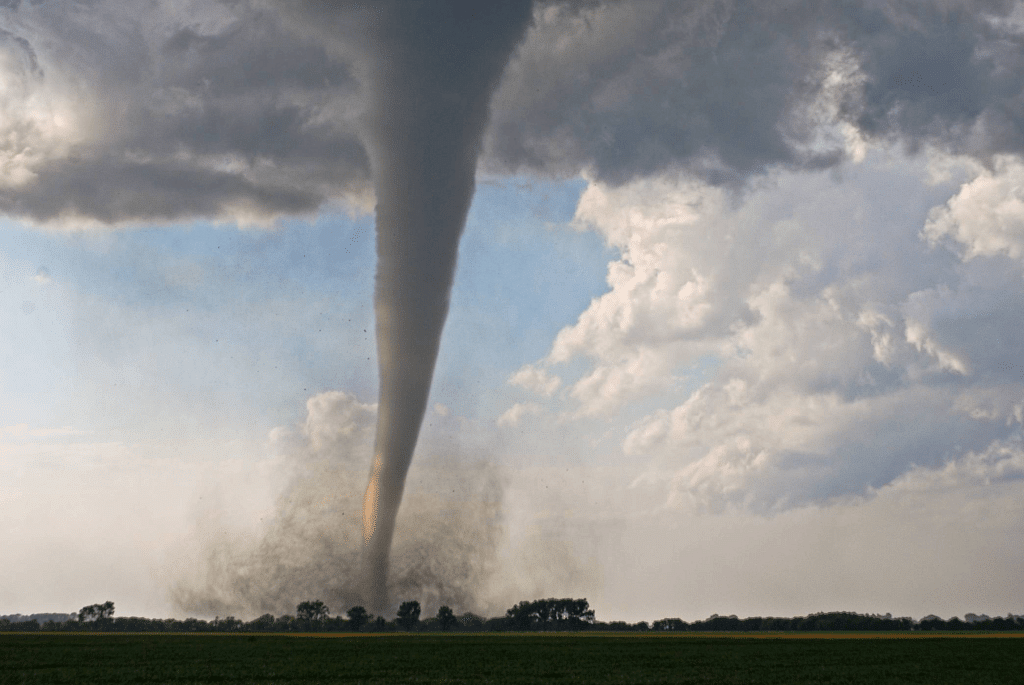 ANEMOMETER: An instrument which measures the speed of wind.

(1) Safety services towards cyclone and other disaster by Government and other agencies:

Monsoon: The flow of air from ocean towards land in summer is called Monsoon or Monsoon wind.

Cyclone: Fast moving air towards a circle usually with heavy rain is known as cyclone.

Eye: Centre of cyclone is known as eye.

Tornadoes: Tornadoes are the very fast moving dark cloud in the shape of funnel. Tornadoes may form within cyclones.

The document Short Notes: Winds, Storms & Cyclones Notes | Study Science Class 7 - Class 7 is a part of the Class 7 Course Science Class 7.
All you need of Class 7 at this link: Class 7