The document Chapter Notes - Chapter - 4:Agriculture, SST , Class 8 | EduRev Notes is a part of the Class 8 Course Social Studies (SST) Class 8.
All you need of Class 8 at this link: Class 8

(i) Agriculture or farming is a system in which seeds, fertilizers, machinery and labour are important inputs.

(ii) Ploughing, sowing, irrigation, weeding, and harvesting are some of the operations.

(iii) The outputs from the system include crops, dairy, wool and poultry products.

(i) Farming depends upon the geographical conditions, demand of produce, labour and level of technology.

(ii) Subsistence farming and commercial farming are the two types of farming. 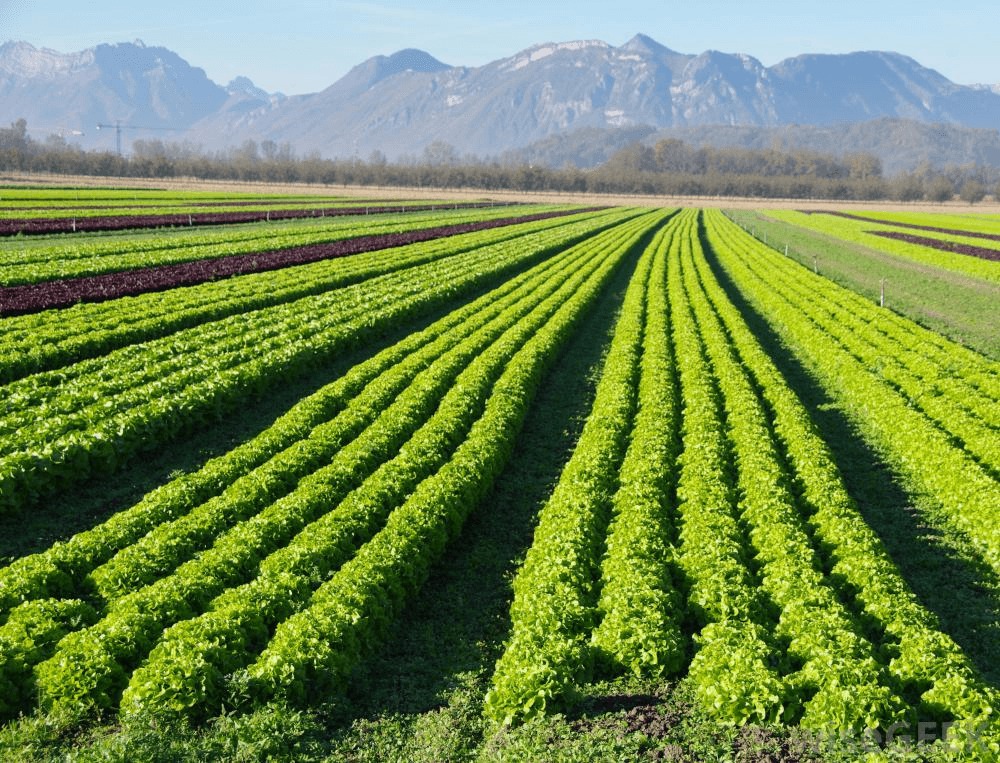 The transformation from a plant to a finished product involves three types of economic activities. These are primary, secondary and tertiary activities.

Agriculture is a primary activity. It includes growing crops, fruits, vegetables, flowers and rearing of livestock. In the world, 50 per cent of persons are engaged in agricultural activity. Two-thirds of India’s population is still dependent on agriculture.

The science and art of cultivation on the soil, raising crops and rearing livestock. It is also called farming.

Commercial rearing of silk worms. It may supplement the income of the farmer.

Breeding of fish in specially constructed tanks and ponds.

Growing vegetables, flowers and fruits for commercial use.

Agriculture or farming can be looked at as a system. The important inputs are seeds, fertilisers, machinery and labour. Some of the operations involved are ploughing, sowing, irrigation, weeding and harvesting. The outputs from the system include crops, wool, dairy and poultry products.

Farming is practised in various ways across the world. Depending upon the geographical conditions, demand of produce, labour and level of technology, farming can be classified into two main types. These are subsistence farming and commercial farming.

Intensive Subsistence: In intensive subsistence agriculture the farmer cultivates a small plot of land using simple tools and more labour. Climate with large number of days with sunshine and fertile soils permit growing of more than one crop annually on the same plot. Rice is the main crop. Other crops include wheat, maize, pulses and oilseeds. Intensive subsistence agriculture is prevalent in the thickly populated areas of the monsoon regions of south, southeast and east Asia.

Shifting Cultivation: Shifting cultivation is practised in the thickly forested areas of Amazon basin, tropical Africa, parts of southeast Asia and Northeast India. These are the areas of heavy rainfall and quick regeneration of vegetation. A plot of land is cleared by felling the trees and burning them. The ashes are then mixed with the soil and crops like maize, yam, potatoes and cassava are grown. After the soil loses its fertility, the land is abandoned and the cultivator moves to a new plot. Shifting cultivation is also known as ‘slash and burn’ agriculture.

Nomadic Herding: Nomadic herding is practised in the semi-arid and arid regions of Sahara, Central Asia and some parts of India, like Rajasthan and Jammu and Kashmir. In this type of farming, herdsmen move from place to place with their animals for fodder and water, along defined routes. This type of movement arises in response to climatic constraints and terrain. Sheep, camel, yak and goats are most commonly reared. They provide milk, meat, wool, hides and other products to the herders and their families.

In commercial farming crops are grown and animals are reared for sale in market. The area cultivated and the amount of capital used is large. Most of the work is done by machines. Commercial farming includes commercial grain farming, mixed farming and plantation agriculture.

Mixed Farming: In mixed farming the land is used for growing food and fodder crops and rearing livestock. It is practised in Europe, eastern USA, Argentina, southeast Australia, New Zealand and South Africa.

Plantations: Plantations are a type of commercial farming where single crop of tea, coffee, sugarcane, cashew, rubber, banana or cotton are grown. Large amount of labour and capital are required. The produce may be processed on the farm itself or in nearby factories. The development of a transport network is thus essential for such farming.

Major plantations are found in the tropical regions of the world. Rubber in Malaysia, coffee in Brazil, tea in India and Sri Lanka are some examples.

A large variety of crops are grown to meet the requirement of the growing population. Crops also supply raw materials for agro based industries. Major food crops are wheat, rice, maize and millets. Jute and cotton are fibre crops. Important beverage crops are tea and coffee.

Rice: Rice is the major food crop of the world. It is the staple diet of the tropical and sub-tropical regions. Rice needs high temperature, high humidity and rainfall. It grows best in alluvial clayey soil, which can retain water. China leads in the production of rice followed by India, Japan, Sri Lanka and Egypt. In favourable climatic conditions as in West Bengal and Bangladesh two to three crops a year are grown.

Wheat: Wheat requires moderate temperature and rainfall during growing season and bright sunshine at the time of harvest. It thrives best in well drained loamy soil. Wheat is grown extensively in USA, Canada, Argentina, Russia, Ukraine, Australia and India. In India it is grown in winter.

Millets: They are also known as coarse grains and can be grown on less fertile and sandy soils. It is a hardy crop that needs low rainfall and high to moderate temperature and adequate rainfall. Jowar, bajra and ragi are grown in India. Other countries are Nigeria, China and Niger.

Cotton: Cotton requires high temperature, light rainfall, two hundred and ten frost-free days and bright sunshine for its growth. It grows best on black and alluvial soils. China, USA, India, Pakistan, Brazil and Egypt are the leading producers of cotton. It is one of the main raw materials for the cotton textile industry.

Jute: Jute was also known as the ‘Golden Fibre’. It grows well on alluvial soil and requires high temperature, heavy rainfall and humid climate. This crop is grown in the tropical areas. India and Bangladesh are the leading producers of jute.

Coffee: Coffee requires warm and wet climate and well drained loamy soil. Hill slopes are more suitable for growth of this crop. Brazil is the leading producer followed by Columbia and India.

Tea: Tea is a beverage crop grown on plantations. This requires cool climate and well distributed high rainfall throughout the year for the growth of its tender leaves. It needs well-drained loamy soils and gentle slopes. Labour in large number is required to pick the leaves. Kenya, India, China, Sri Lanka produce the best quality tea in the world.

Agriculture has developed at different places in different parts of the world. Developing countries with large populations usually practise intensive agriculture where crops are grown on small holdings mostly for subsistence. Larger holdings are more suitable for commercial agriculture as in USA, Canada and Australia.