The document Chapter Notes - Consumer Rights Class 10 Notes | EduRev is a part of the Class 10 Course Social Studies (SST) Class 10.
All you need of Class 10 at this link: Class 10

The Consumer in the Marketplace:• Rules and regulations are required for the protection of the consumers in the marketplace.• Exploitation in the marketplace happens often.• Markets do not work in a fair manner when producers are few and powerful whereas consumers purchase in small amounts and are scattered. This happens especially when large companies are producing these goods. These companies with huge wealth, power and reach can manipulate the market. At times, false information is passed on through the media, and other sources to attract consumers. 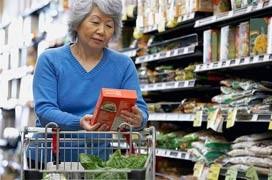 Consumer Movement:
• In India, the consumer movement as a ‘social force’ originated with the necessity of protecting and promoting the interests of consumers against unethical and unfair trade practices.• Rampant food shortages, hoarding, black marketing, adulteration of food and edible oil gave birth to the consumer movement in an organised form in the 1960s.
• Till the 1970s, consumer organisations were largely engaged in writing articles and holding exhibitions. They formed consumer groups to look into the malpractices in ration shops and overcrowding in the road passenger transport.• More recently, India witnessed an upsurge in the number of consumer groups.Rights of Consumers :
Rights which are provided by law : –• Right to safety: Consumers have the right to be protected against the marketing of goods and delivery of services that are hazardous to life and property. Producers need to strictly follow the required safety rules and regulations. There are many goods and services that we purchase that require special attention to safety.• Right to be informed: Consumers have the right to be informed about the particulars of goods and services that they purchase. Consumers can then complain and ask for compensation or replacement if the product proves to be defective in any manner. Similarly, one can protest and complain if someone sells a good at more than the printed price on the packet. This is indicated by ‘MRP’ — maximum retail price.• Right to choose: Any consumer who receives a service in whatever capacity, regardless of age, gender and nature of service, has the right to choose whether to continue to receive the service.• Right to be heard: Consumers have the right to be heard in case of a grievance.• Right to seek redressal: Consumers have the right to seek redressal against unfair trade practices and exploitation. If any damage is done to a consumer, he or she has the right to get compensation depending on the degree of damage.• Right to represent in consumer courts: The consumer movement in India has led to the formation of various organisations locally known as consumer forums or consumer protection councils. They guide consumers on how to file cases in the consumer court. On many occasions, they also represent individual consumers in the consumer courts. These voluntary organisations also receive financial support from the government for creating awareness among people.Factors causing exploitation of Consumers :• Limited information• Limited supplies• Limited competition• Low literacy

Duties of Consumers To : • Purchase quality marked products such as ISI, AGMARK etc.
• Ask for cash memo for the items purchased whenever possible.
• Complain for genuine grievances, consumers must know their rights and must exercise them.Demerits of Consumer Redressal Process :• The Consumer Redressal Process is becoming cumbersome, expensive and time consuming.• Many a time, consumers are required to engage lawyers. These cases require time for filling and attending the court proceedings etc.• In most purchases, cash memos are not issued hence evidence is absent.• Most purchases in the market are small retail sales.• The enforcement of laws that protect workers, especially in the unorganised sectors is weak.• Rules and regulations for working of markets are often not followed.Consumer Protection Act – 1986 (COPRA)

• To protect and promote the interest of consumers.
• Under COPRA, a three-tier quasi-judicial machinery at the district, state and national levels is set up for redressal of consumer disputes.
• The district level court deals with the cases involving claims upto Rs. 20 lakhs; The State level courts between Rs. 20 lakhs and Rs. 1 crore and the national level court deals with cases involving claims exceeding Rs. 1 crore.
• If a case is dismissed in district level court, the consumer can also appeal in state and then in national level courts. Thus, the Act has enabled us as consumers to have the right to represent in the consumer courts.

India has been observing 24 December as the National Consumers’ Day. It was on this day that the Indian Parliament enacted the Consumer Protection Act in 1986. India is one of the countries that have exclusive courts for consumer redresal.There are today more than 700 consumer groups in the country of which only about 20-25 are well organised and recognized for their work.