India is one of the founding members of the United Nations Organization. The country has been actively participating in the activities and programmes of the Organisation. India has also benefited from a number of programmes organised by various UN agencies. India’s armed forces have been a part of the UN Forces sent to a number of countries. These include Korea, Zaire and the Iran-Iraq border. 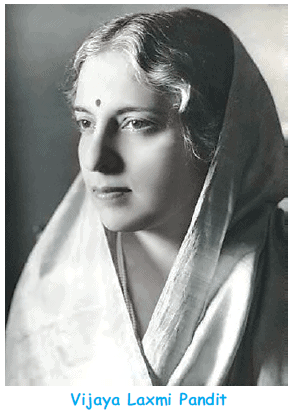 At the General Assembly, India championed the cause of South Africa where a white  minority government would not allow equal rights to the majority of black citizens. India had also championed the cause of African and Asian countries under foreign domination. India’s delegate, Smt. Vijaylaksami Pandit was at one time the President of General Assembly. This position goes by rotation to different member nations. The UN Secretariate

has a number of Indian officers on roll. Indian experts have worked for UN agencies like the UNESCO.

While the Aswan Dam was being constructed in Egypt, there was the danger of a some ancient temples being submerged. The temples were lifted and reconstructed at another site before the dam was filled. Indian archaeologists were also part of the expert team, who performed this miraculous feat.

A number of Indian professors have availed UNESCO fellowships for higher studies in different countries. The WHO and UNICEF are also engaged in a number of programmes in cooperation with the Government of India. We have also been host to students and teachers from developing countries where such facilities have yet to come up. These exchange programmes are arranged by UN agencies.

INDIA AND THE NON-ALIGNED MOVEMENT

India has been pursuing UN Objectives at one other forum. At the end of the Second

Britain and France had been allies during the war against Germany and Japan. The USSR was also with them. But after the war, the USSR created its own group of countries. The USA and other Allies formed yet another group. Each group started extending its area of influence over other countries of the world through various means. A number of small countries were forced to join one or the other group through military pacts.

The division into two groups was again 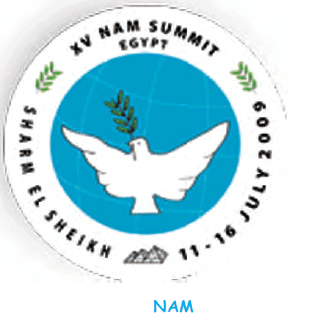 becoming a threat to world peace. The poor

countries had little choice. Their independence

was getting threatened by big powers. Indian

Prime Minister Jawaharlal Nehru stood up against this alignment of the world into two power groups. Together with Egypt and Yugoslavia, he organised the Non-Aligned Movement. (NAM)

The NAM was bacially an appeal to small nations of the world not to surrender their independence to either of the big power-USA or USSR. The big powers were not happy about NAM. But gradually, a number of other small nations joined the movement.

NAM primarily believes that the priority for poor nations is economic development and not military strength. The developing countries could join together in programmes that were mutually helpful without being part of the two power blocs. As an active member of the NAM, India made significant contribution to the objectives of the UNO. Things have changed materially now. The USSR is no longer a rival to USA. But NAM has not lost its utility. The developing nations of Asia and Africa have much to gain by mutual cooperation than by depending on help or charity from the super power.

Even after the rivalary between the two super power no longer exists, the world peace is threatened by a huge stock of deadly weapons. The world would be a much safer place once these weapons of mass destruction are made non-operative. The arms race could then come to an end. There will be more resources available for building schools and hospitals. That is one goal the NAM and UN should continue to work for.