The vast empty space around the earth that consists of stars, the solar system, galaxies, etc. is called Universe. 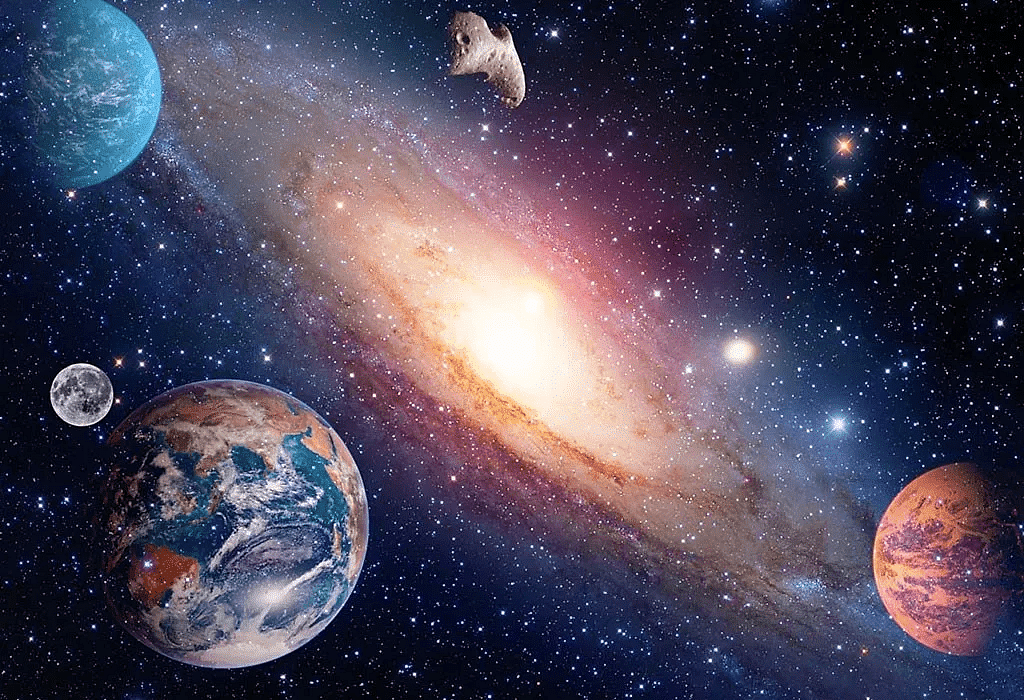 What are the Theories of Origin of Our Universe?

There are different theories about the origin of the universe but none is thought to be completely correct. 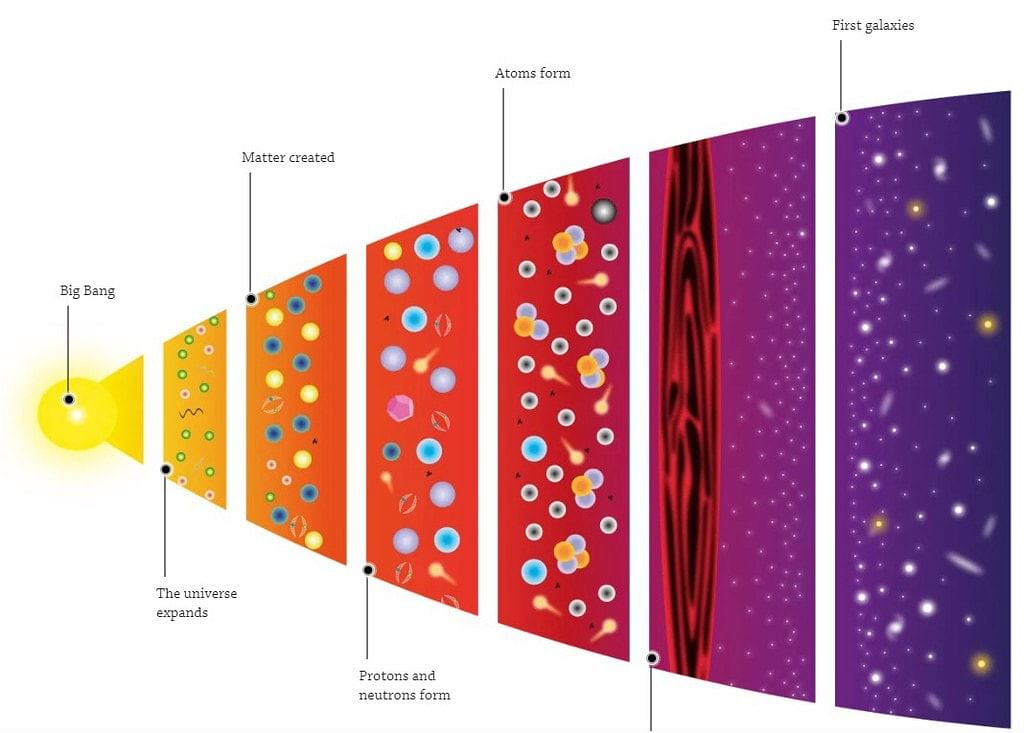 The Big Bang model is that the universe began in an extremely dense and hot condition and has expanded.

There are billions of galaxies in the universe. The Milky Way galaxy is the home of our planet Earth and the Solar System. 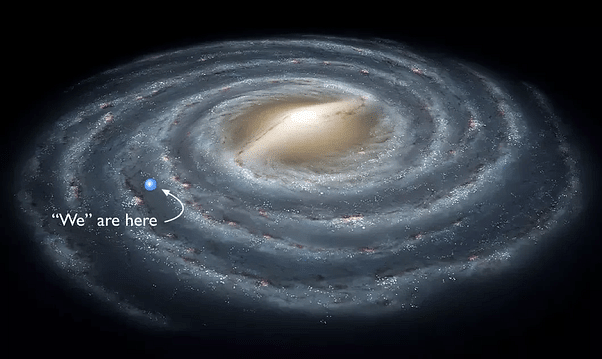 Our solar system belongs to Milky way Galaxy. Its name "milky" is derived from its appearance as a dim glowing band arching across the night sky whose individual stars cannot be distinguished by the naked eyes.

Do you Know?The Andromeda galaxy is the closest major galaxy to the Milky Way. It can be seen without a telescope, though it appears very small and faint. 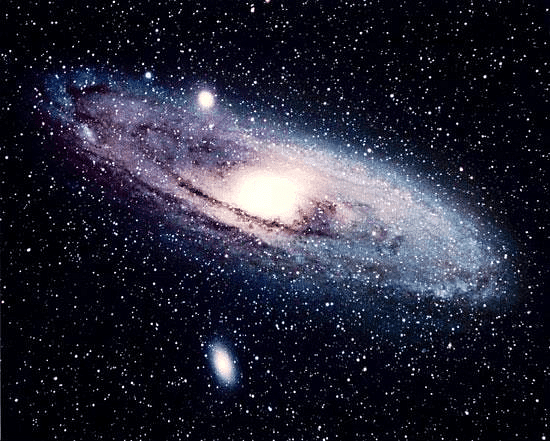 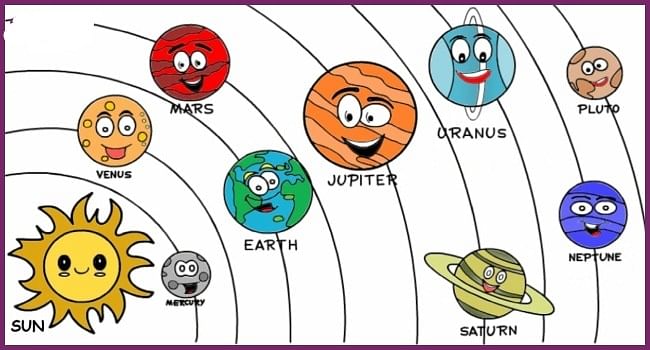 Solar system: the Sun, the eight planets, satellites and other heavenly bodies together

Galaxy: a group of millions of heavenly bodies and shining stars scattered in space.

The Milky Way galaxy is one among billion galaxies in space.

Universe: a vast and infinite space having millions of stars, planets and galaxies.

Planet: a heavenly body which revolves around the Sun and receives heat and light

Satellites: an astronomical objects revolving around a planet.

Moon: natural satellite of the Earth.