The document Chapter Notes - Chapter 1: The Indian Constitution, SST, Class 8 | EduRev Notes is a part of the Class 8 Course Social Studies (SST) Class 8.
All you need of Class 8 at this link: Class 8

Why Does a Country Need a Constitution? 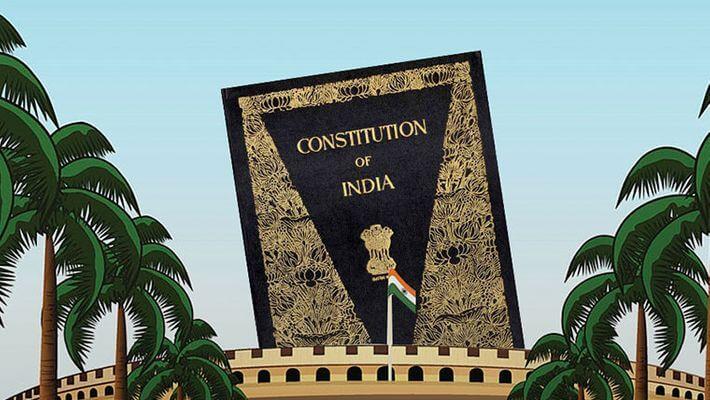 The Indian National Movement had been active in the struggle for Independence from British rule for several decades.

1. Federalism: Refers to the existence of more than one level of government in the country.

2. Parliamentary Form of Government: The Constitution of Indian guarantees universal adult suffrage for all citizens. This means people have a direct role in electing their representatives.

3. Separation of Powers: There are three organs of the states:

The legislature refers to our elected representatives, the executive is a smaller group of people who are responsible for implementing laws and running the government. The judiciary refers to the system of courts in the country.

5. Secularism: A secular state is one in which the state does not officially promote any one religion as the state religion.

The Constitution plays a crucial role in laying out the ideals that we would like all citizens of the country to adhere to, including the representatives that we elect to rule us.