How are we Tracing Changes Through a Thousand Years?

We all have heard the saying, “the only thing constant is change”. Nothing expresses this phenomenon better than a lesson in history.

The maps by Arab geographer Al-Idrisi (1154) and French cartographer (1720) gave a large sketch of the Indian subcontinent in earlier times. 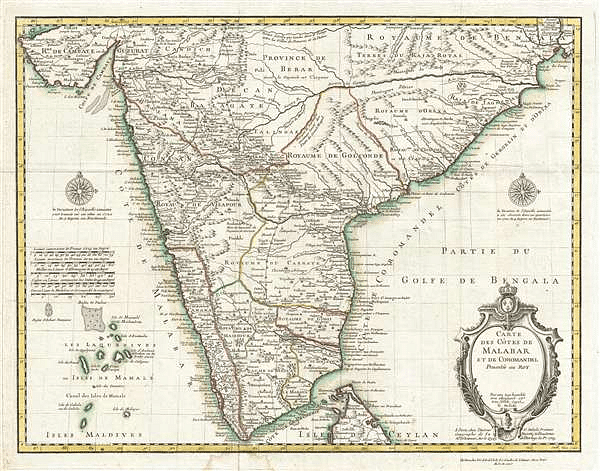 Try yourself:Cartographer is a person who makes:
Explanation

A person who draws or produces maps. 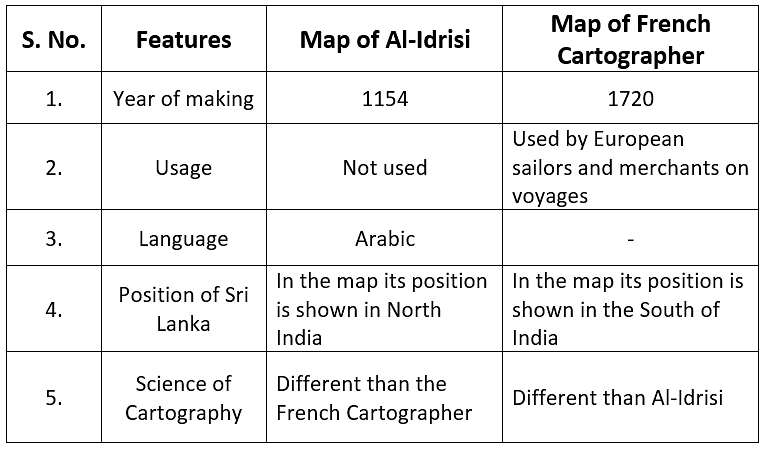 When historians read documents, maps, and texts from the past they have to be sensitive to the:

As you have seen meanings of words change over time. Term “Hindustan”, is known as “India,” the modern nation-state today. 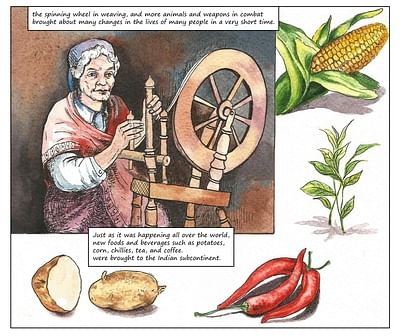 Over the period of time, what changes:(i) Language(ii) Meaning of the words(iii) Grammar and vocabulary 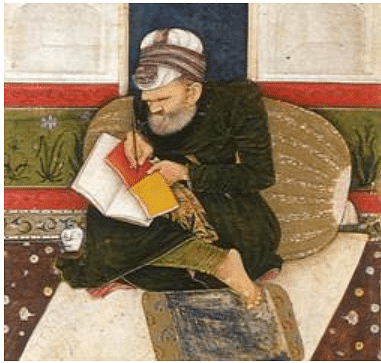 A painting of a scribe making a copy of a manuscript

Historical Records Exist in a Variety of Languages

Historians and their Sources

Historians use different types of sources to learn about the past based on their period of study and the nature of the investigation. Coins, inscriptions, architecture, and textual records will provide information.

Try yourself:A place where documents and manuscripts are stored as records for knowledge is called an _______.
Explanation

The place where documents and manuscripts are stored is called an archive or a library. Documents and manuscripts, especially those which are old and in a deteriorating condition require special storage facilities like a temperature-controlled atmosphere, protection from fungal attack and bugs which can damage the material.

Archiving requires specialised knowledge on how to preserve and store these items. Some of such ancient items can be found in certain museums, where they are stored and preserved under the above ideal conditions.

The study of the thousand years between 700 and 1750 is a huge challenge to historians largely because of the scale and variety of developments that occurred over the period. 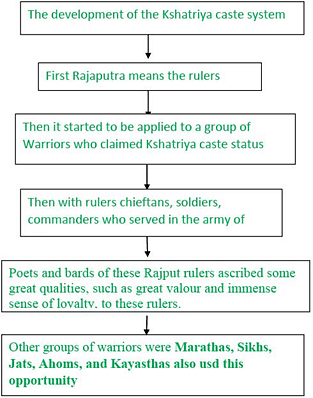 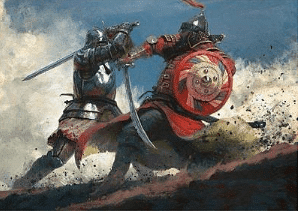 Clearing of the forests → Development of Agriculture → Forest dwellers migrate due to forest cutting → Some became farmers → Difference in land, so status difference → Division in jatis or sub-castes on the basis of backgrounds and occupations → Ranks were not fixed permanently

Try yourself:_________, is a name derived from Rajaputra - the son of a Ruler, a body of warriors who claimed Kshatriya caste status.
Explanation

Rajputs is a name derived from "Rajaputra", the son of a  ruler. Between the eighth and fourteenth centuries, the term was applied more generally to a body of warriors who claimed the Kshatriya caste status. 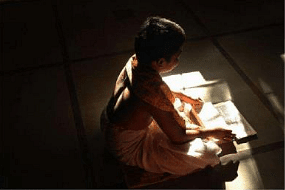 Merchants and migrants first brought the teachings of the Holy Quran to India in the seventh century. Muslims regard the Quran as their holy book and accept the sovereignty of the one God, Allah, whose love, mercy and bounty embrace all those who believe in him without regard to social background.

Thinking about Time and Historical Periods

Q.1. What are the sources used by historians to study the past?

Ans: Historians use a variety of sources to study the past. It depends upon the period of their study and nature of study. They use those resources that provide some continuity. Historians still rely on coins, inscriptions, architecture, and textual records.There appeared some discontinuity as well. The variety of textual records increased from 700 to 1750. They slowly replaced other types of available sources. During this period paper gradually became cheaper and easily available.

Q.2. How is the study of the thousand years between 700 and 1750 a huge challenge to historians?

Q.3. What developments have taken place in religious traditions during this period?

Ans:  During the thousand years there were many developments in religious traditions. People’s belief in the divine was personal and collective. The collective belief was in supernatural agency-religion. It was connected to the social and economic aspects of local communities. With the changes in social aspects, the religious beliefs also changed.