The document Chapter Notes - Understanding Secularism Class 8 Notes | EduRev is a part of the Class 8 Course Social Studies (SST) Class 8.
All you need of Class 8 at this link: Class 8

Secularism Refers to Separation of Religion:

(i)The Indian Constitution allows individuals the freedom to live by their religious beliefs and practices. 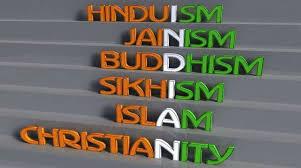 Why is it important to Separate Religion from the State:

(i)It prohibits the domination of one religion over another.

(ii)To protect the freedom of individuals to exit from their religion, embrace another religion or have the freedom to interpret religious teachings differently.

What is Indian Secularism:

(i) The Indian Constitution mandates that the Indian state be secular state.

(ii) One religious community does not dominate another in a secular state.

(iii) In a secular state, some members do not dominate other members of the same religious community.

(iv) The state does not enforce any particular religion nor take away the religious freedom of individuals.

(v) The government schools can not promote any one religion.

(vi) In order to respect the sentiments of all religions and not interfere with religious practices, the state makes certain expections for particular religious communities. (vii) The Indian secularism works to prevent the domination.

(viii) In order to prevent this religion based exclusion and discrimination of lower castes, the Indian Constitution bans untouchability.

(ix) To ensure that laws relating to equal inheritance rights are respected, the state may have to intervene in the religion based ‘personal laws’ of communities.

(x) The intervention of the state can be in the form of support.

(xii) The Indian state is secular and works in various ways to prevent religious domination.