Water: Some Facts and Figures 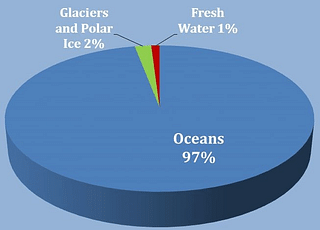 Pollution by domestic and industrial waste is harming the quality of potable water. As a result, even areas with abundant water reservoir is facing high concentration of pollutants.

22% of total electricity produced in India is through hydroelectric power. This creates additional pressure on water resources.

India’s rivers, especially the smaller ones, have all turned into toxic streams. And even the big ones like the Ganga and Yamuna are far from being pure. The assault on India’s rivers– from population growth, agricultural modernisation, urbanisation and industrialisation– is enormous and growing by the day….. This entire life stands threatened.

Dams are built not just for irrigation but for electricity generation, water supply for domestic and industrial uses, flood control, recreation, inland navigation and fish breeding. Hence, dams are now referred to as multi-purpose projects where the many uses of the impounded water are integrated with one another. For example, in the Sutluj-Beas river basin, the Bhakra – Nangal project water is being used both for hydel power production and irrigation. Similarly, the Hirakund project in the Mahanadi basin integrates conservation of water with flood control. 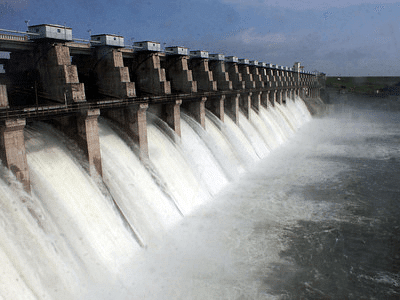 Regulating and damming of rivers affect their natural flow causing poor sediment flow and excessive sedimentation at the bottom of the reservoir, resulting in rockier stream beds and poorer habitats for the rivers’ aquatic life. Dams also fragment rivers making it difficult for aquatic fauna to migrate, especially for spawning. The reservoirs that are created on the floodplains also submerge the existing vegetation and soil leading to its decomposition over a period of time.

Irrigation has also changed the cropping pattern of many regions with farmers shifting to water-intensive and commercial crops. This has great ecological consequences like salinisation of the soil. At the same time, it has transformed the social landscape i.e. increasing the social gap between the rich landowners and the landless poor. As we can see, the dams did create conflicts between people wanting different uses and benefits from the same water resources.

In the semi-arid and arid regions of Rajasthan, particularly in Bikaner, Phalodi and Barmer, almost all the houses traditionally had underground tanks or tank for storing drinking water. The tanks could be as large as a big room; one household in Phalodi had a tank that was 6.1 metres deep, 4.27 metres long and 2.44 metres wide. 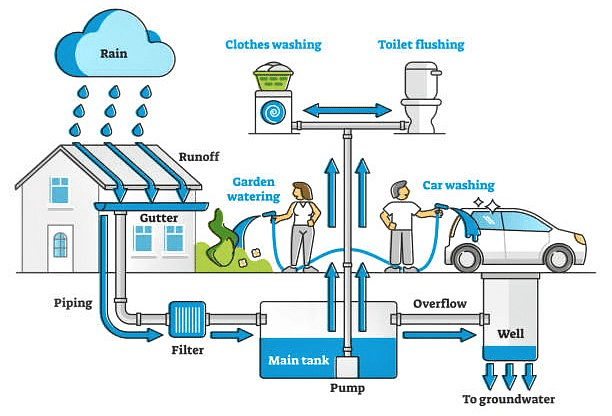 The tanks were part of the well-developed rooftop rainwater harvesting system and were built inside the main house or the courtyard. They were connected to the sloping roofs of the houses through a pipe. Rain falling on the rooftops would travel down the pipe and be stored in these underground ‘tankas’. The first spell of rain was usually not collected as this would clean the roofs and the pipes. The rainwater from the subsequent showers was then collected. The rainwater can be stored in the tankas till the next rainfall making it an extremely reliable source of drinking water when all other sources are dried up, particularly in the summers. Rainwater, or palar pani, as commonly referred to in these parts, is considered the purest form of natural water.Many houses constructed underground rooms adjoining the ‘tanka’ to beat the summer heat as it would keep the room cool. Roof top rainwater harvesting is the most common practice in Shillong, Meghalaya. It is interesting because Cherapunjee and Mawsynram situated at a distance of 55 km. from Shillong receive the highest rainfall in the world, yet the state capital Shillong faces an acute shortage of water. Nearly every household in the city has a rooftop rainwater harvesting structure. Nearly 15-25 per cent of the total water requirement of the household comes from rooftop water harvesting.

Rooftop rainwater harvesting is a technique to recharge the ground water table.

In Meghalaya, a 200-year-old system of tapping stream and spring water by using bamboo pipes is prevalent. About 18-20 litres of water enters the bamboo pipe system, gets transported over hundreds of metres, and finally reduced to 20-80 drops per minute are the site of the plant. 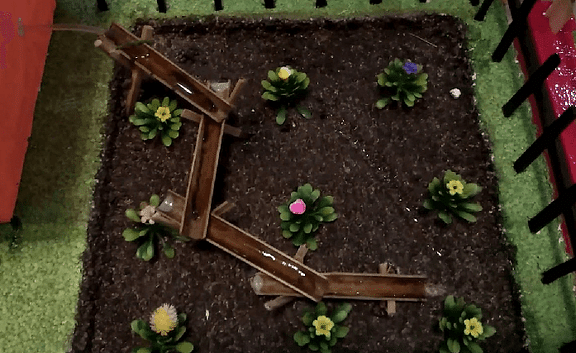 Tamil Nadu is the first and the only state in India which has made the rooftop rainwater harvesting structure compulsory to all the houses across the state. There are legal provisions to punish the defaulters. rainwater harvesting system which is adapted here. Gendathur receives annual precipitation of 1,000 mm, and with 80 per cent of collection efficiency and of about 10 fillings, every house can collect and use about 50,000 litres of water annually. From the 20 houses, the net amount of rainwater harvested annually amounts to 1,00,000 litres.