Many compounds of transition elements are coloured in contrasts to those of s and p block elements.In compound state due to the surrounding groups (ligands), the d-orbitals of transition elements are not degenerate but split into two groups of different energy.Thus it is possible to promote electrons from one group to another group. This corresponds to fairly small amount of energy difference and so light is absorbed in visible region. Some compounds of transition metals are white, for example ZnSO4 and TiO2. In these compounds it is not possible to promote the electrons within the d-level. 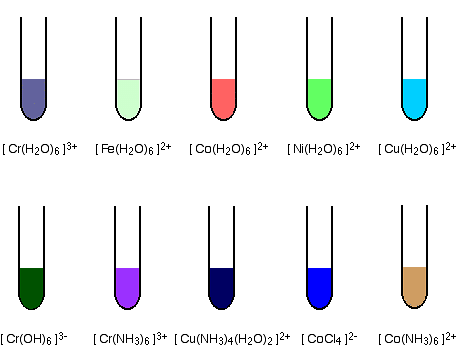 Alloys are homogenous solid solutions of two or more metals obtained by melting the components and then cooling the melt. These are formed by metals whose atomic radii differ by not more than 15% so that the atoms of one metal can easily take up the positions in the crystal lattice of the other. Since transition metals have similar atomic radii, they form alloys very readily.

Many transition metals and their compounds have catalytic properties. For e.g. V2O5, Fe, FeCl3, Ni, Pd etc. This is due to following reasons

s and p block elements form very few complexes. The reason transition elements are so good at forming complex is that they have small, highly charged ions and have vacant low energy orbitals to accept lone pairs of electrons donated by ligands. 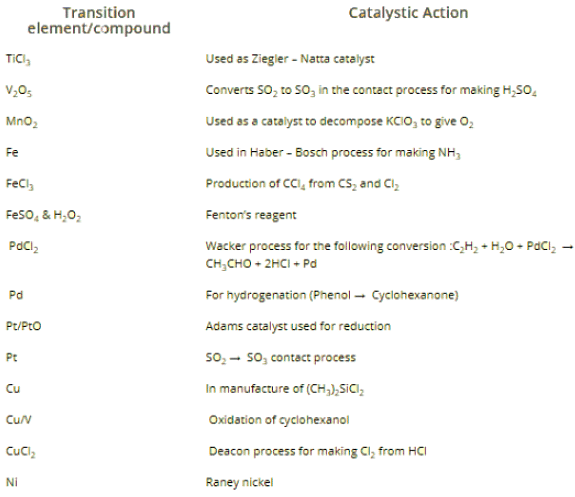 Because of small size of their atoms and strong metallic bonding the density and hardness of transition elements are high.? Except for mercury, which is a liquid at room temperature all other elements are solid metals exhibiting all the characteristics of a metal. 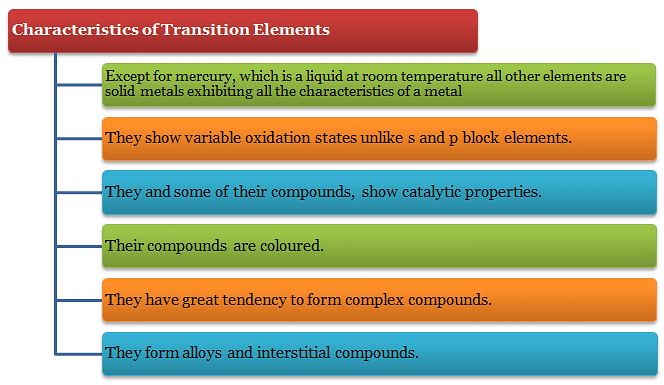 Question 1: K2PtCl6 is a well known compound whereas corresponding Ni compound is not known. State a reason for it.Solution: This is because Pt4+ is more stable than Ni4+ has the sum of four ionization energies of Pt is less than that of Ni.

Question 3: Explain briefly how +2 state becomes more and more stable in the first half of the first row transition elements with increasing atomic number.orCompare the stability of +2 oxidation state of the elements of the first transition series.Solution: The sum IE1 + IE2 increases. As a result the standard reduction potentials (E0) becomes less and less negative. Hence the tendency to form M2+ ion decreases. The greater stability of +2 state for Mn is due to half-filled d-subshell (d5), that for zinc is due to completely filled d-subshell (d10) and half that for nickel is due to highest negative enthalpy of hydration.

Question 5: Why Zn2+ salts are white while Cu2+ salts are blue?Solution: Reason same as above.