Ques 1: Who was considered as the most powerful Chola ruler?Ans: RajarajaQues 2: Who were sufis?Ans: Sufis were Muslim mystics.Ques 3: What do you mean by focus?Ans: The point of origin of an earthquake is called focus.Ques 4: Who built Agra Fort?Ans: Akbar.Ques 5: When was Civil Rights Act passed?Ans: 1964.Ques 6: Where are Yaks found?Ans: Tibet.Ques 7: What was the relationship between the mansabdar and jagir?Ans: Mansabdars were the patrons who joined Mughal services. They received their salaries as revenue assignments called jagirs. Mansabdars did not actually reside in or administer their jagirs. They only had rights to the revenue of their assignments which was collected for them by their servants while the mansabdars themselves served in some other part of the country.Ques 8: Name the three types of earthquake waves.Ans: (i) P wave and Longitudinal waves(ii) S wave or Transverse waves(iii) L waves or surface wavesQues 9: Write the meaning and the basis of universal adult franchise.Ans: (i) Voting right to all adults is called universal adult franchise.(ii) It is an essential aspect of all democracies.(iii) The idea of universal adult franchise is based on the idea of equality because it states that every adult in a country, irrespective of their wealth and the communities, he/she belongs to, has one vote.Ques 10: Mention the major features of tropical evergreen forests.Ans: Major features of tropical evergreen forests are:(i) These forests are so dense that thick canopies are developed which do not allow the sunlight to penetrate inside the forests.(ii) As there is no particular dry season, the trees do not shed their leaves altogether. This keeps the forests evergreen.(iii) Hardwood trees such as ebony, rosewood and mahogany are found here.Ques 11: Describe the architecture of Hampi.Ans: The towns grew around temples, because:(i) Hampi was a well-fortified city. There was no use of mortar nor cementing done in the construction of walls and the technique followed was to wedge them together by interlocking.(ii) The buildings in the royal complex had splendid arches, domes and pillared halls with niches for holding sculptures.(iii) They also had well-planned orchards and pleasure gardens with sculptural motifs such as the lotus and corbels.Ques 12: Match the following: 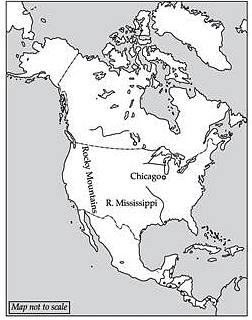