The document Climate (Overview) UPSC Notes | EduRev is a part of the UPSC Course Geography for UPSC CSE.
All you need of UPSC at this link: UPSC

India’s climate closely resembles the climate that of a tropical country although its northern part (north of tropic of cancer) is situated in the temperate belt. 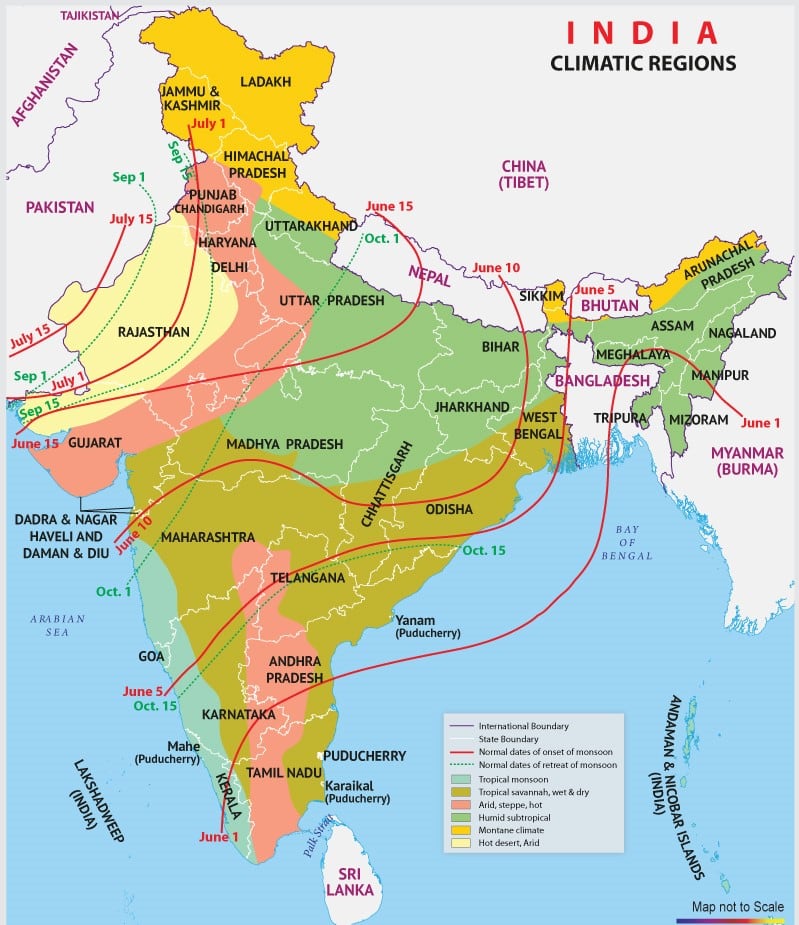 India has high Regional Climatic Diversity because of its topographical diversity (location, altitude, distance from sea, and relief).

Factors Influencing Indian Climate
There are certain factors that affect the climate of India:

2. Distance from the Sea

Why does rainfall decrease from east to west in the plains region (Indus-Ganga Plains)?

Try yourself:Which of the below city is not located on the coast?
Explanation
View Solution

Then how come Haryana and Punjab not deserts like Rajasthan?

Physiography is the most important factor that determines the mean annual rainfall received by a region.

Some parts of peninsular India are semi-arid. 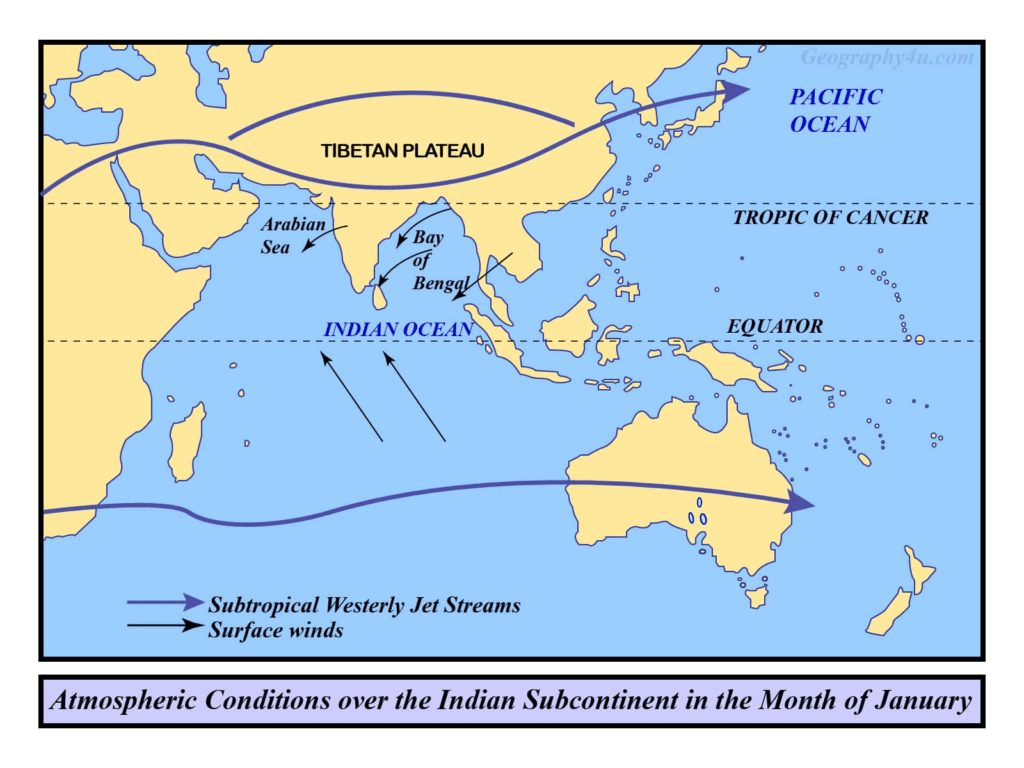