The document Component of National Income (Part - 2) - Macroeconomics Notes | Study Macro Economics - B Com is a part of the B Com Course Macro Economics.
All you need of B Com at this link: B Com

GNP at factor cost is the sum of the money value of the income produced by and accruing to the various factors of production in one year in a country. It includes all items mentioned above under Income Approach to GNP less indirect taxes.

Therefore, in order to arrive at GNP at factor cost, we deduct indirect taxes from GNP at market prices. Again, it often happens that the cost of production of a commodity to the producer is higher than price of a similar commodity in the market.

In order to protect such producers, the government helps them by granting monetary help in the form of a subsidy equal to the difference between the market price and the cost of production of the commodity.

The government gives a subsidy of 50 paise per kg to them in order to meet their cost of production. Thus in order to arrive at GNP at factor cost, subsidies are added to GNP at market prices. GNP at Factor Cost = GNP at Market Prices-Indirect Taxes + Subsidies.

GNP includes the value of total output of consumption goods and investment goods. But the process of production uses up a certain amount of fixed capital. Some fixed equipment wears out, its other components are damaged or destroyed, and still others are rendered obsolete through technological changes.

All this process is termed depreciation or capital consumption allowance. In order to arrive at NNP, we deduct depreciation from GNP. The word ‘net’ refers to the exclusion of that part of total output which represents depreciation. Thus NNP= GNP-Depreciation.

Net National Product at factor cost is the net output evaluated at factor prices. It includes income earned by factors of production through participation in the production process such as wages and salaries, rents, profits, etc. It is also called National Income. This measure differs from NNP at market prices in that indirect taxes are deducted and subsidies are added to NNP at market prices in order to arrive at NNP at factor cost. Thus:

Income generated (or earned) by factors of production within the country from its own resources is called domestic income or domestic product.

(i) Wages and salaries,

Private income is income obtained by private individuals from any source, productive or otherwise, and the retained income of corporations. It can be arrived at from NNP at Factor Cost by making certain additions and deductions.

The additions include transfer payments such as pensions, unemployment allowances, and sickness and other social security benefits, gifts and remittances from abroad, windfall gains from lotteries or from horse racing, and interest on public debt.

If disposable income is to be deduced from national income, we deduct indirect taxes plus subsidies, direct taxes on personal and on business, social security payments, undistributed corporate profits or business savings from it and add transfer payments and net income from abroad to it.

But it does not indicate the real state of the economy. It is possible that the net national product of goods and services this year might have been less than that of the last year, but owing to an increase in prices, the NNP might be higher this year.

On the contrary, it is also possible that NNP might have increased but the price level might have fallen, as a result of which national income would appear to be less than that of the last year. In both the situations, the national income does not depict the real state of the country. To rectify such as a mistake, the concept of real income has been evolved.

In order to find out the real income of a country, a particular year is taken as the base year when the general price level is neither too high nor too low and the price level for that year is assumed to be 100. Now that general level of prices of the given year for which the national income (real) is to be determined is assessed in accordance with the prices of the base year. For this purpose the following formula is employed.

The average income of the people of a country in a particular year is called Per Capita Income for that year. This concept also refers to the measurement of income at current prices and at constant prices. For instance, in order to find out the per capita income for 2005, at current prices, the national income of a country is divided by the population of the country in that year

Similarly, for the purpose of arriving at the Real Per Capita Income, this very formula is employed.

This concept enables us to know the average income and the standard of living of the people. But it is not very reliable, because in every country due to the unequal distribution of national income, a major portion of it goes to the richer sections of the society and thus income received by the common man is lower than the per capita income.

The document Component of National Income (Part - 2) - Macroeconomics Notes | Study Macro Economics - B Com is a part of the B Com Course Macro Economics.
All you need of B Com at this link: B Com 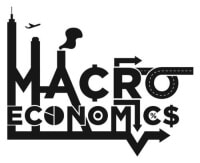