What is an Electroscope?

An electroscope is a scientific device that is used to detect the presence of an electric charge on a body.

The working principle of an electroscope is based on the atomic structure of elements, charge induction, the internal structure of metal elements and the idea that like charges repel each other while unlike charges attract each other.

An electroscope is made up of a metal detector knob on top which is connected to a pair of metal leaves hanging from the bottom of the connecting rod. When no charge is present the metals leaves hang loosely downward. But, when an object with a charge is brought near an electroscope, one of the two things can happen.

There are two classical types of electroscopes and they are as follows: 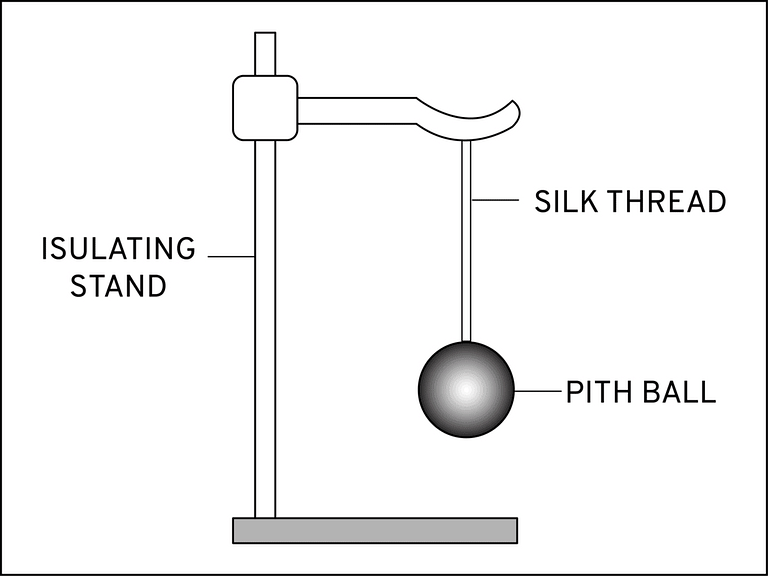 It is an instrument for detecting and measuring static electricity or voltage. A metal disc is connected to a narrow metal plate and a thin piece of gold leaf is fixed to the plate. The whole of this part of the electroscope is insulated from the body of the instrument. A glass front prevents air draughts but allows you to watch the behaviour of the leaf. 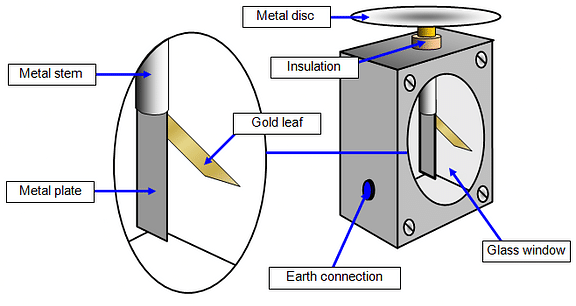 When a charge is put on the disc at the top it spreads down to the plate and leaf. This means that both the leaf and plate will have the same charge. Similar charges repel each other and so the leaf rises away from the plate - the bigger the charge the more the leaf rises.The leaf can be made to fall again by touching the disc - you have earthed the electroscope. An earth terminal prevents the case from becoming live.

The electroscope can be charged in two ways:

The two methods give the gold leaf opposite charges. 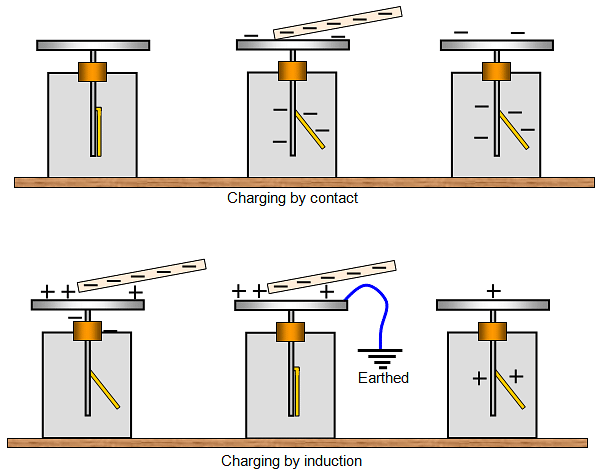 The above diagrams show you how the charges spread over the plate and gold leaf in different conditions.

It consists of a metal rod that is fitted in an insulating box. The metal rod has a metal knob at its top. Two gold leaves are also attached at the bottom end of the rod.

The various benefits of an electroscope are:

Though gold is a costly metal it is used in electroscope because of the property malleability. This means very thin and light sheets can be formed from gold simply by hammering or rolling and hence the deflection of the light gold plates increases.

View Solution
The document Gold Leaf Electroscope Notes | Study Physics For JEE - JEE is a part of the JEE Course Physics For JEE.
All you need of JEE at this link: JEE
Join Course