The document Continental Drift Theory Notes | EduRev is a part of the UPSC Course Geography for UPSC CSE.
All you need of UPSC at this link: UPSC

He postulated that all the earth’s land had once been joined into a single supercontinent surrounded by an ocean. He named this landmass “Pangaea” ( pan = all, Gaea = earth) and the ocean “Panthalassa” (pan = all, Thalassa = ocean). According to the theory, this continental mass started breaking up about 200 million years ago. Since then the pieces had moved to their present positions and are still moving. Wegener was drawn to this idea because of the puzzling questions he had in his mind.

While pondering over these points he came up with two possibilities:

As it was difficult for the climatic belts to shift as they are controlled by the position of the sun i.e. tilt of the earth, it appeared more probable that the landmasses were shifted.

The direction of drift:

According to Wegener, the continents drifted in two directions:

Towards the Equator: The reason of the equatorward drift was attributed to the rotation and the equatorial bulge of the earth while the westward movement was due to the gravitation pull of the moon and the sun.

On account of equatorward drift, Africa and Eurasia were pushed closer together and the Tethys sea deposits located in between the two were raised in the form of folded mountains of Alps, atlas, teinshan, Zagros, Hindukush, and the Himalayas. The peninsula of India and Africa was separated from Australia and Antarctica.

Towards the west: On account of the westward drift, North America and South America got separated from Europe and Africa and the Atlantic ocean came into existence.

Evidence in support of the Continental Drift Theory 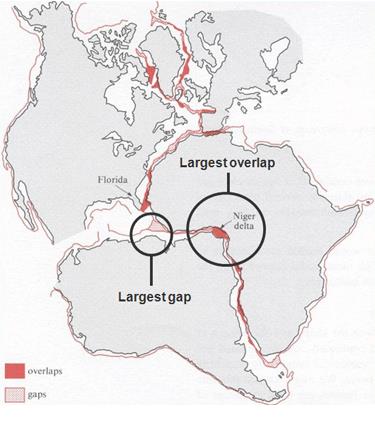 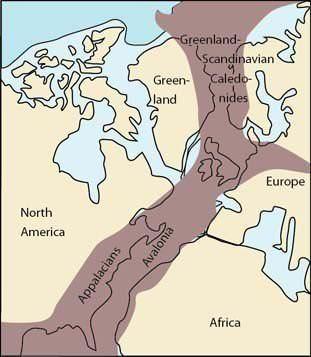 The continental drift theory was undeniably convincing. But so much of the theory was based on speculation and inadequate evidence. It provoked a lot of criticism and controversy.

The greatest criticism of this theory was due to the controversial forces which were stated to have caused the drift.