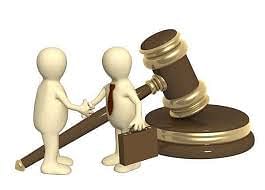 Example 1: T, a tradesman, leaves goods at C’s house by mistake. C treats the goods as his own. C is bound to pay for the goods.

Example 2: A pays some money to B by mistake. It is really due to C. B must refund the money to A.

Example 3: A fruit parcel is delivered under a mistake to R who consumes the fruits thinking them as birthday present. R must return the parcel or pay for the fruits. Although there is no agreement between R and the true owner, yet he is bound to pay as the law regards it a Quasi-contract.

These relations are called as quasi-contractual obligations. In India it is also called as ‘certain relation resembling those created by contracts’.

Under the provisions of the Indian Contract Act, the relationship of quasi-contract is deemed to have come to exist in five different circumstances which we shall presently dilate upon. But it may be noted that in none of these cases there comes into existence any contract between the parties in the real sense. Due to peculiar circumstances in which they are placed, the law imposes in each of these cases the contractual liability.

Difference between quasi-contracts and contracts