The document Crops Class 9 Notes | EduRev is a part of the Class 9 Course Science Class 9.
All you need of Class 9 at this link: Class 9

CropsPlants of same kind which are grown and cultivated at one place on a large scale are known as crops. Different types of crops require different climatic conditions like temperature, humidity and photoperiods. Crops are divided into two groups on the basis of growing season.

It is an applied biological science which deals with the production of plants and raising of livestock for human use.

DO YOU KNOW?Modern agriculture :_ Modern agriculture is a combined effort of art, science and technology to provide food, cloth and shelter to increasing human population. To improve the efficiency of the agriculture process and increase output following steps are taken: 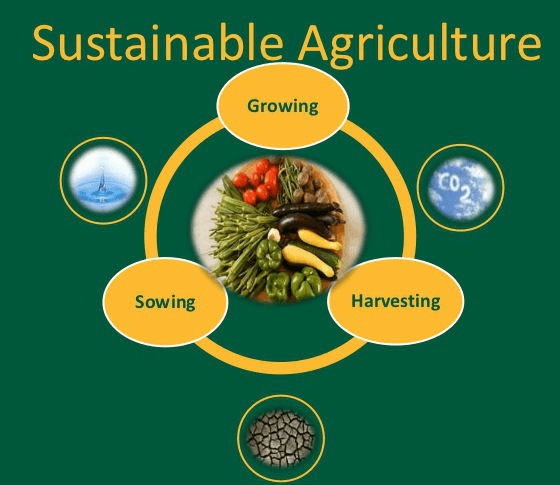 The major groups of activities for improving crop yields can be classified as :

(i) Crop variety improvement (the choice of seed for planting).

(ii) Crop production improvement (the nurturing of the crop plant).

The desirable superior character in a variety can be incorporated through various methods of genetic improvement of crops.

Plant breeding :- Plant breeding is the science and art of improving the heredity of plants in relation to their economic use. The various methods of breeding are as follow :

Introduction :- It is the oldest method of crop improvement.

Hybridization : The process of cross breeding between two geneticaly dissimilar individuals is called hybridization. This process helps to produce hybrid variety with desirable characteristics. In order to obtain an improved variety. Following steps should be taken.

Choice of Parents : Select two varieties of crop plants, each of which has at least one desirable quality, such of high yield or resistance to disease.

Cross breeding :- Pollen grains of plants of one variety are dusted over the stigmas of plants of the other variety and vice-versa. It produces a new variety which has good characteristics of both the parents.

Hybridization may be of three types :-

(a) Intervarietal (between two different varieties of same species).

(b) Interspecific (between two different species of the same genera).

Genetic engineering :- Transfer of one or more genes (DNA fragments) from one plant to another. The plant in which the foreign gene has been introduced is called transgenic plant or genetically modified plant.Bt Cotton is a genetically modified crop which carries bacterial genes that protect the crop plants from insects.

Higher yield :- To increase the productivity of crop per acre. The main aim of crop variety improvement is to obtain higher yield e.g. grains, tubers. Such a variety is called HYV or high yielding variety.

Need of Higher Crop Yield :- There is an urgent need to continuously increase crop yield because of (i) Rising human population. (ii) Rising animal population.

Biotic and abiotic resistance :- Crops production can go down due to biotic (microbes, insects, rodents) and abiotic stresses (Flood, drought, frost). Varieties resistant to these stresses can improve crop production.

Change in maturity duration :- The shorter duration of the crop from sowing to harvesting, the more economical is the variety.

(i) It helps the farmers in raising multiple rounds of crops in a year from the same field.(ii) Cost of production is reduced.

Desirable agronomic characteristic :- Developing varieties of desired agronomic characters helps to give higher productivity. To achieve high productivity, the food crops (cereals) should be dwarf (short height), so that they consume less nutrients, become stronger and withstand strong winds (prevent lodging). The fodder crops should be tall and should have profuse branching.

Green Revolution :- The great increase, in the yield of food grains (especially the wheat crop), as during the 1970s, is called green revolution.

Green revolution has made the country self-sufficient in food ; increased the buffer stocks of food grains and improved the economic conditions of farmers as well as has provided employment opportunities to large number of people.

(A) Classification of plant nutrients :

There are 16 essential elements for growth and development of plants. They are classify into two grops

Manuring : Farmers have to add manure to the field to replenish the soil with nutrients, the process known as manuring.

Manure : These are organic substances, obtained from the decomposition of plant and animal wastes.

Fertilizers : These are commercially manufactured inorganic salts containing one or more essential plant nutrients like NPK, which are used to increase soil fertility.

Methods for maintaining soil fertility without use of fertilizers

Field fallow : The practice of leaving the field uncultivated for a season is called field fallow.

Crop rotation : The practice of growing different crops in succession in the same field is called crop rotation.

Biofertilizers : Organisms which enrich the soil nutrients due to their biological activities are called biofertilizers. e.g. Rhizobium bacteria, Nostoc and Anabaena(BGA).

Body of the living organisms is made of proteins. Proteins are the compounds of nitrogen, carbon, oxygen and hydrogen. Air nitrogen is fixed into compounds of nitrogen (Nitrogen oxides solution in water) by certain microorganisms. Microorganisms such as Rhizobium (= Bacillus) bacterium is present in the root nodules of Leguminous plants Bacterium Rhizobium radicicola is capable of fixing air nitrogen. Fixation of nitrogen enriches soil in a natural way.

Nitrogen fixation is the process of combining oxygen with nitrogen to form nitrogen compounds such as nitrites (NO2) and nitrates (NO3).

Nowadays the following modern ways of irrigation are used: