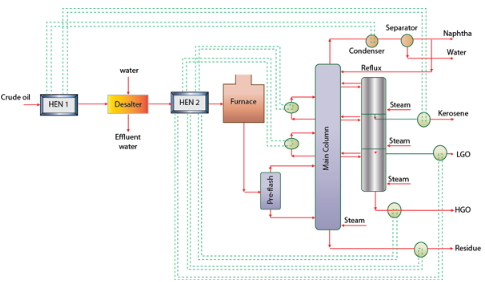 The conceptual process flowsheet for the petroleum refinery is shown in the Figure 5.1. It consists of the following important sub-processes:

The circuitry connections between primary and secondary towers along with relevant pump around units are presented in Figure 5.2. It can be seen that very complex interactions exists between the main and secondary columns. Figure 5.2: Design architecture of main and secondary columns of the CDU.