The document Cumulative Frequency, Quartiles and Percentiles to Statistics Mathematics Notes | EduRev is a part of the Mathematics Course Additional Topics for IIT JAM Mathematics.
All you need of Mathematics at this link: Mathematics

Example 1: The set of data below shows the ages of participants in a certain summer camp. Draw a cumulative frequency table for the data. Example 2: Plot the cumulative frequency curve for the data set below 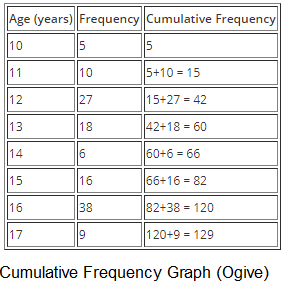 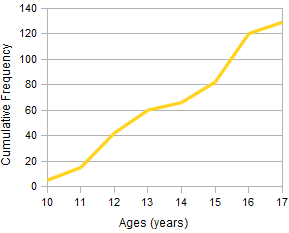 Quartiles:- The term quartile is derived from the word quarter which means one fourth of something. Thus a quartile is a certain fourth of a data set. When you arrange a date set increasing order from the lowest to the highest, then you divide this data into groups of four, you end up with quartiles. There are three quartiles that are studied in statistics.

Calculating the Different QuartilesThe different quartiles can be calculated using the same method as with the median. 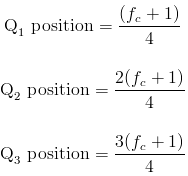 The quartile is then located by matching up which element has the cumulative frequency corresponding to the position obtained above.

Example 3: Find the First, Second and Third Quartiles of the data set below using the cumulative frequency curve. 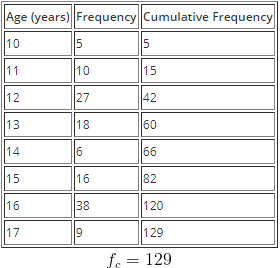 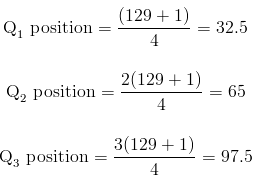 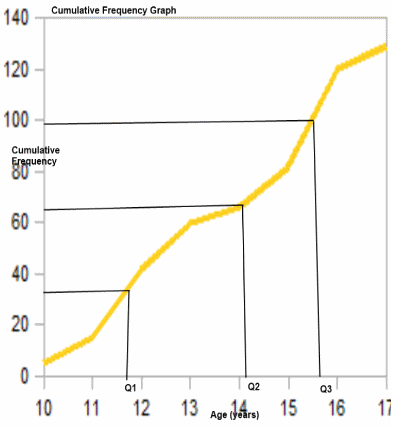