On the sending side, any time five consecutive 1’s have been transmitted from the body of the message (i.e. excluding when the sender is trying to send the distinguished 01111110 sequence). The sender inserts 0 before transmitting the next bit

On the receiving side

Next bit 0 : Stuffed, so discard it

1 : Either End of the frame marker

A link-level protocol that wants to deliver frames reliably must recover from these discarded frames. 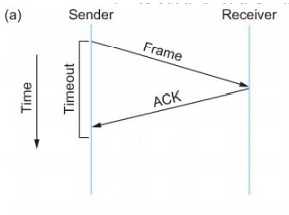 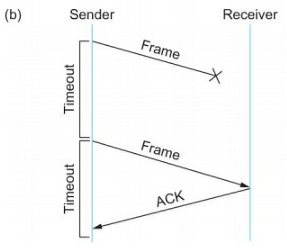 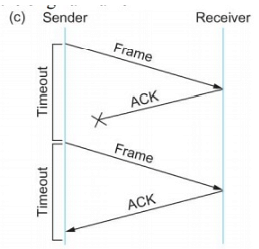 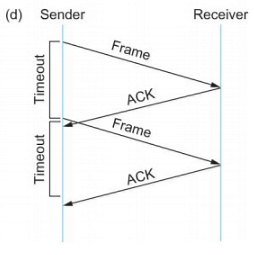 If the acknowledgment is lost or delayed in arriving

How to solve this

To use the link fully, then sender should transmit up to eight frames before having to wait for an acknowledgement Sliding Window Protocol Sender assigns a sequence number denoted as SeqNum to each frame.

If frames 7 and 8 arrive, they will be buffered because they are within the receiver window. But no ACK will be sent since frame 6 is yet to arrive Frames 7 and 8 are out of order. Frame 6 arrives (it is late because it was lost first time and had to be retransmitted). Now Receiver Acknowledges Frame 8 and bumps LFR to 8 and LAF to 12