Under-Reamed PileAn 'under-reamed' pile is one with an enlarged base or a bulb; the bulb is called 'under-ream'.Under-reamed piles are cast-in-situ piles, which may be installed both in sandy and in clayey soils. The ratio of bulb size to the pile shaft size may be 2 to 3; usually a value of 2.5 is used. 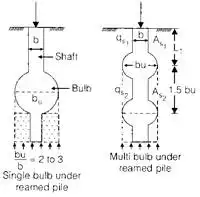 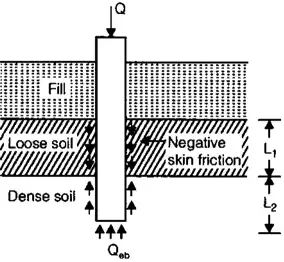 To determine design load or allowable load, apply a suitable factor of safety. 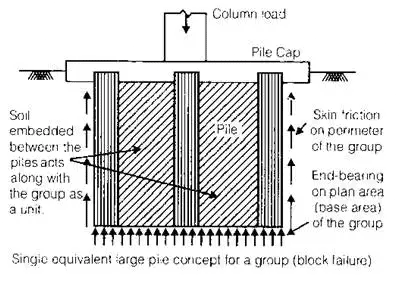