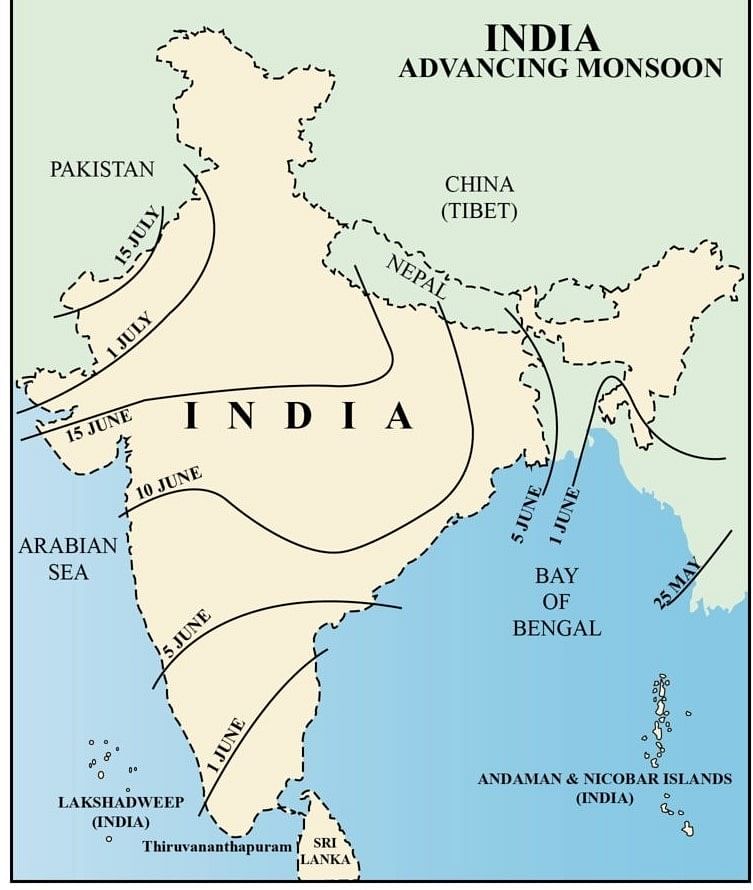 The onset of the South West Monsoons

The Southwest Monsoon winds blow over the warm oceans, gather moisture and bring widespread rainfall over the mainland of India.

Characteristics of the Monsoon

Pattern of Rainfall in the Northern Plains

Pattern of Rainfall in Peninsular India

Mumbai receives rainfall in summer while Chennai has in winter

Western Rajasthan has the desert type of climate

The season for localised thunderstorms are associated with violent winds, torrential downpours and are often accompanied by hail. In West Bengal, these storms are known as the ‘Kaal Baisakhi’. 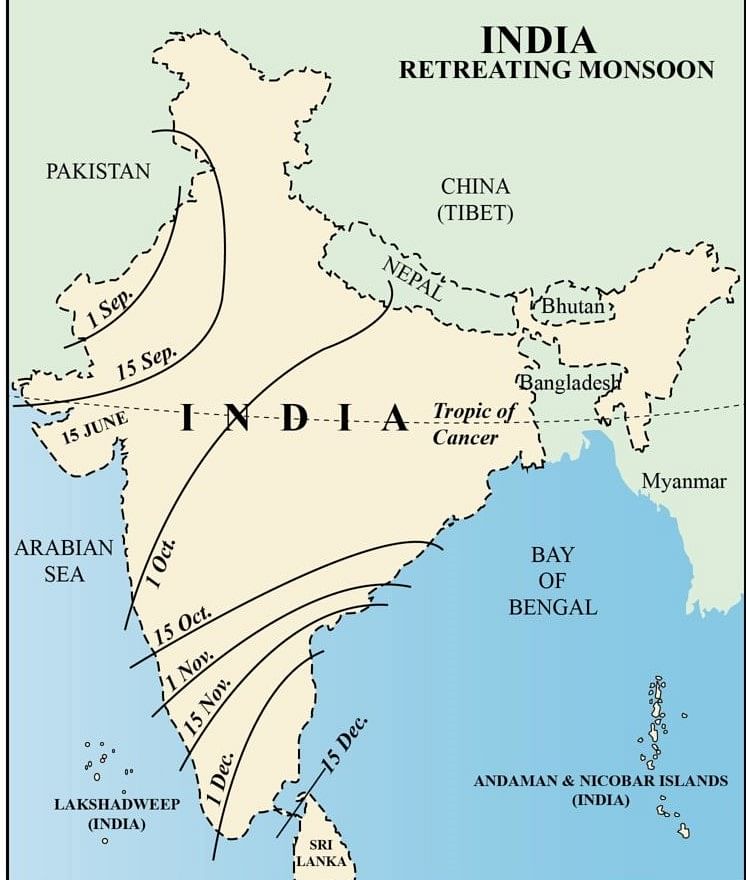 During October-November, the monsoon trough of low pressure becomes weaker and is gradually replaced by high pressure. The outreach of the monsoon becomes unsustainable and it starts withdrawing gradually. This is known as the retreat of the monsoon. 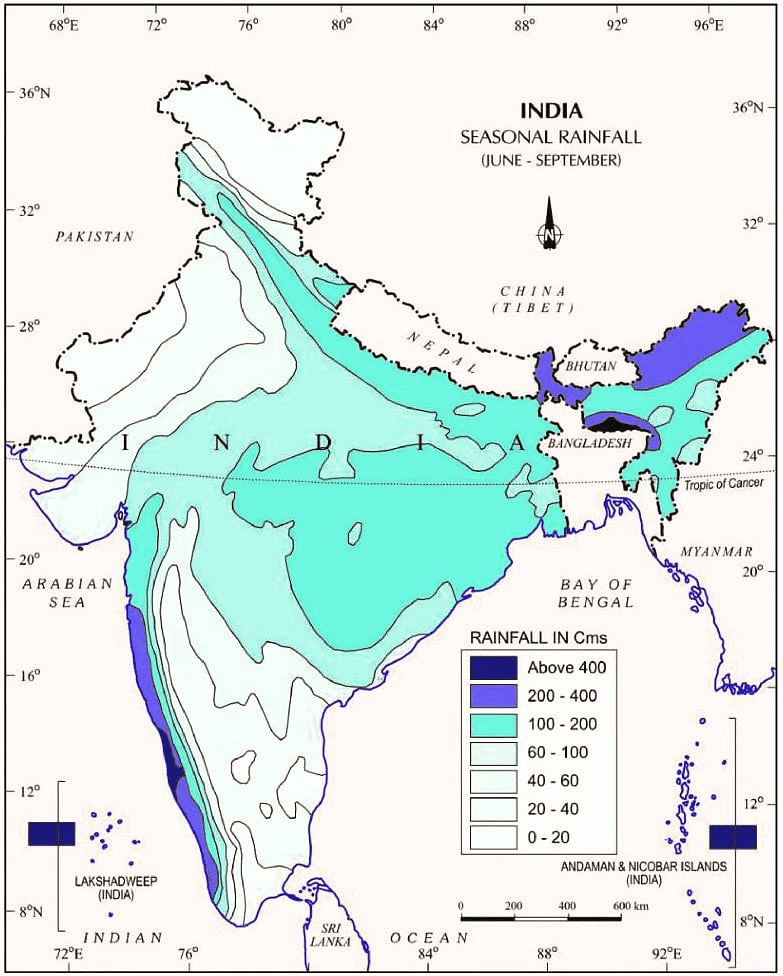 Try yourself:Around the time of its arrival, the normal rainfall increases suddenly and continues constantly for several days. This is called:
Explanation

Around the time of its arrival, the normal rainfall increases suddenly and continues constantly for several days. This is known as the ‘burst’ of the monsoon and can be distinguished from the pre-monsoon showers.