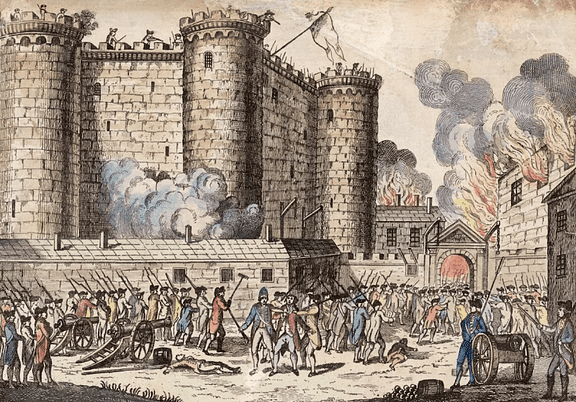 Illustration of Storming of the Bastille Prison

The Struggle to Survive

A Growing Middle Class Envisages an End to Privileges

Causes of the French Revolution 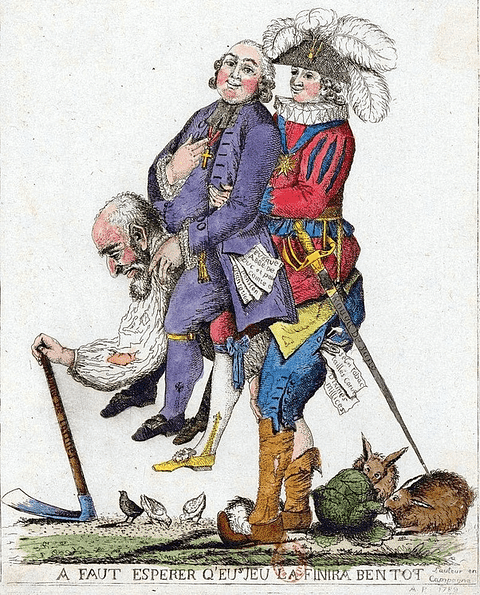 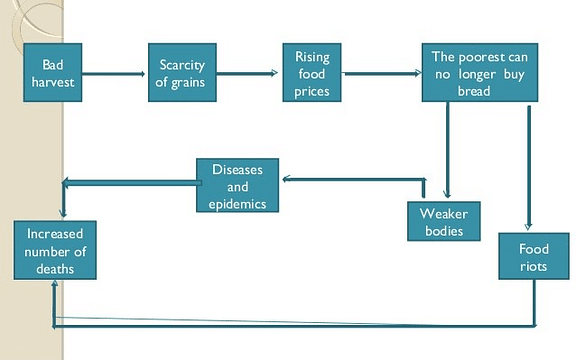 During the French Revolution, the population rose from 23 million to 28 million. Due to the increase in population, the demand for food grains also increased. The price of all the commodities also increased. The wages of workers did not match with the rise in prices. Bad harvest also leads to the scarcity of grains. All this leads to weaker bodies, diseases and deaths. The gap between the poor and rich widened and led to a subsistence crisis.

5. Contribution of the Thinkers(a) Charles Montesquieu

In the famous book “The Social Contract”, Jean Jacques Rousseau proved that the government was the result of a social contract between the people on the one hand and the ruler on the other.

The Outbreak of the Revolution

(a) The Tennis Court Oath 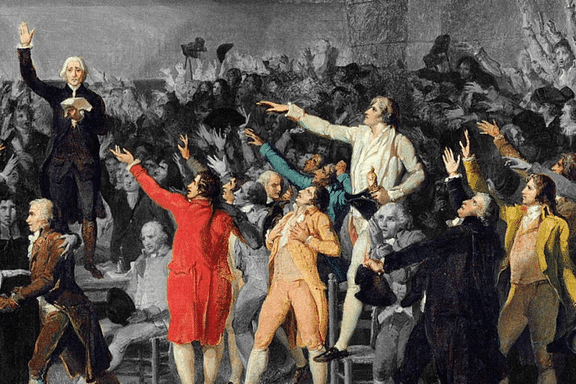 (b) ‘Storming of the Bastille’

Question for Detailed Chapter Notes - French Revolution
Try yourself:Q.4 The tax that was charged by the church from the peasants :
Explanation

In the context of France, 'Tithe' was a religious tax levied by the church, comprising one-tenth of agricultural produce.

(d) The Declaration of Rights of Man and Citizen 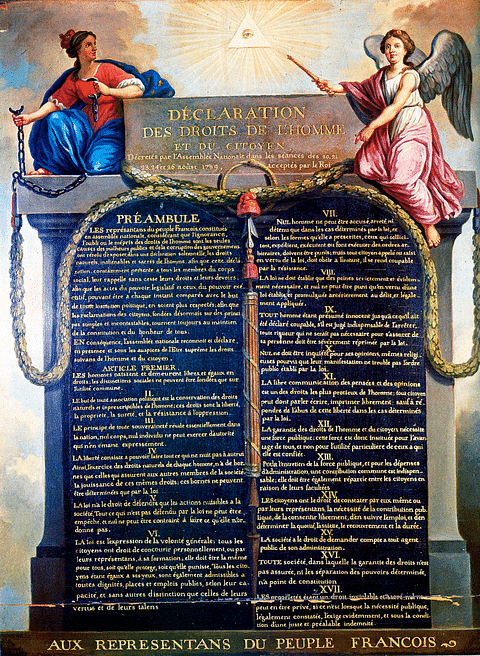 Declaration of rights of man and citizens.

The majority of people at that time could not read and write, so he used many symbols to convey the content of the declaration of rights:

Phrygian cap was worn by a slave on becoming free. It was a soft, conical cap of red color that had its top pulled forward. It was worn during the French revolution. 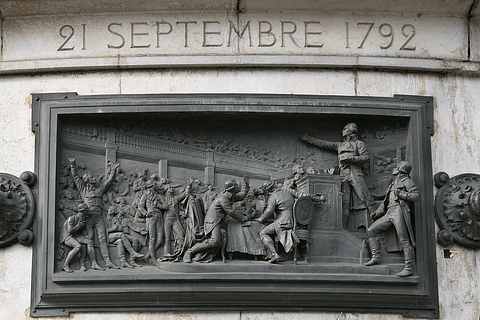 (a) The Reign of Terror

(b) A Directory Rules France

Did Women Have a Revolution?

Question for Detailed Chapter Notes - French Revolution
Try yourself:Q.6 Which period is referred to as the ‘Reign of Terror?
Explanation

The Reign of Terror was a dark and violent period of time during the French Revolution. Radicals took control of the revolutionary government. They arrested and executed anyone who they suspected might not be loyal to the revolution.The Reign of Terror began on September 5, 1793 with a declaration by Robespierre that Terror would be "the order of the day." It ended on July 27, 1794 when Robespierre was removed from power and executed.

The Abolition of Slavery

The Revolution and Everyday Life

Effects of the French Revolution

(a) Effect on France

(b) Effects on Europe

Conclusion: The Rise And Fall Of Napoleon