Poverty means hunger and lack of shelter, lack of clean water and sanitation facilities, lack of a regular job at a minimum decent level. Poverty is considered one of the biggest challenges of independent India. India would be truly independent only when the poorest of its people become free of human suffering.

Ram Saran is a daily wage labourer in a flour mill near Ranchi in Jharkhand. He earns around Rs. 1500 per month when employed. He supports his family of 6 persons, besides sending some money to his elderly parents. His wife and son also work, but none of his 4 children can attend school. The family lives in a one-room rented house on the outer areas of the city; The children are undernourished, have very few clothes or footwear and no access to healthcare

Lakha Singh is a landless labourer in a small village near Meerut in Uttar Pradesh. By doing odd jobs for farmers, he earns Rs. 50 per day. Sometimes, he gets some food grain or other items instead of cash. He is not literate and his family of 8 people lives in a Kuchcha hut near the edge of the village. They have no access to healthcare, cannot afford new clothes or even soap or oil 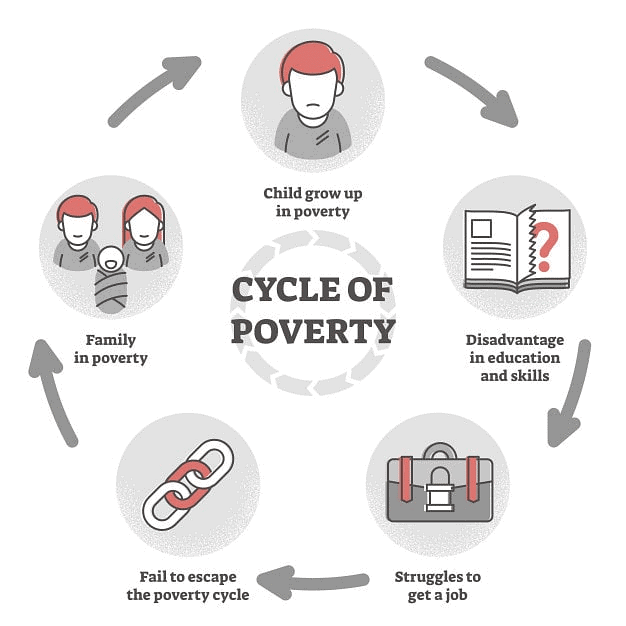 Poverty as Seen by Social Scientists

Usually, the indicators used to work out poverty, relate to the level of income and consumption. But now poverty is looked at through other social Indicators like illiteracy level, lack of general resistance due to malnutrition, lack to access to healthcare, lack of job opportunities, lack of access to safe drinking water, sanitation etc.Analysis of poverty based on social exclusion and vulnerability is now becoming very common.

Social ExclusionIt is a process through which individuals or groups are prevented from using facilities, benefits and opportunities that the better-off section of the society enjoy. Social exclusion can be both a cause and a consequence of poverty.

Vulnerability describes the greater probability of being more adversely affected than other people when a bad time comes for everybody, whether a flood or an earthquake or simply a fall in the availability of jobs. 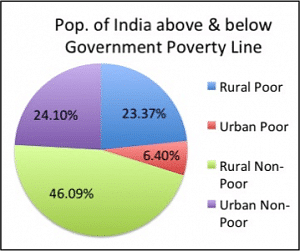 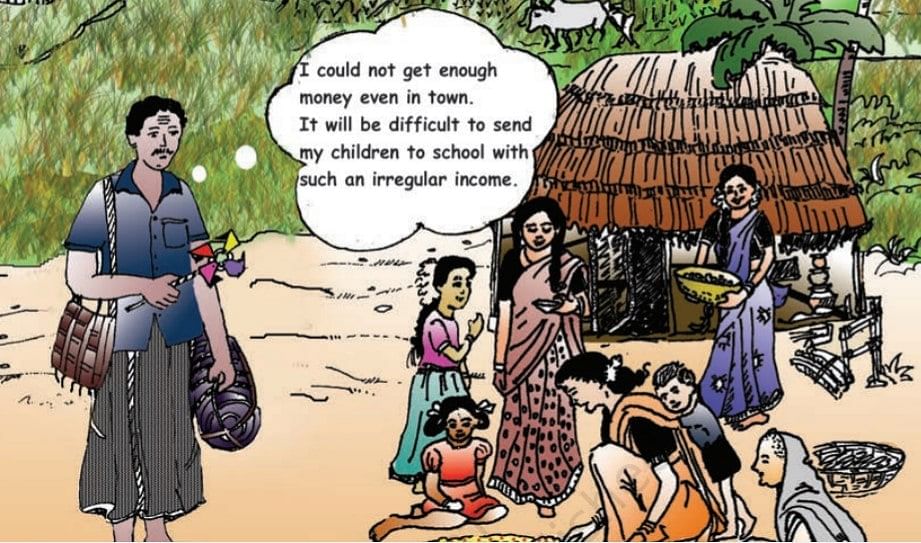 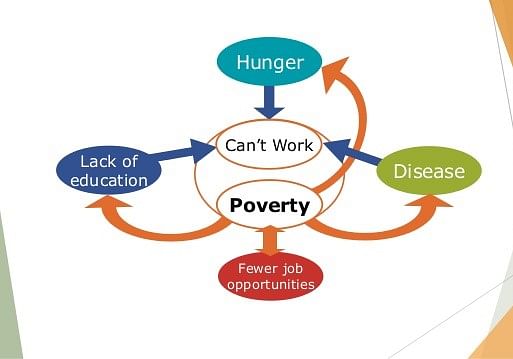 The current anti-poverty strategy of the government is based broadly on two planks: 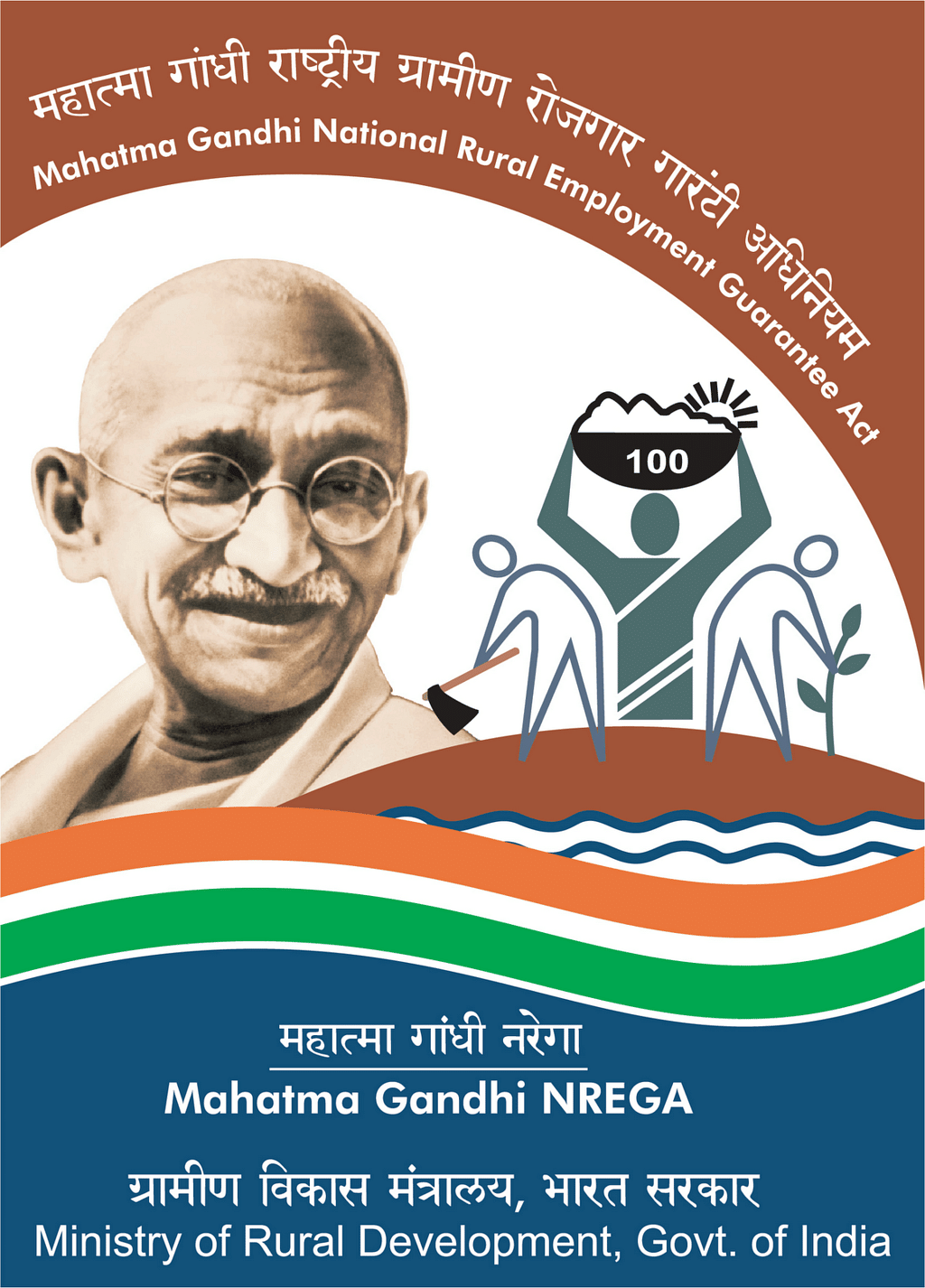 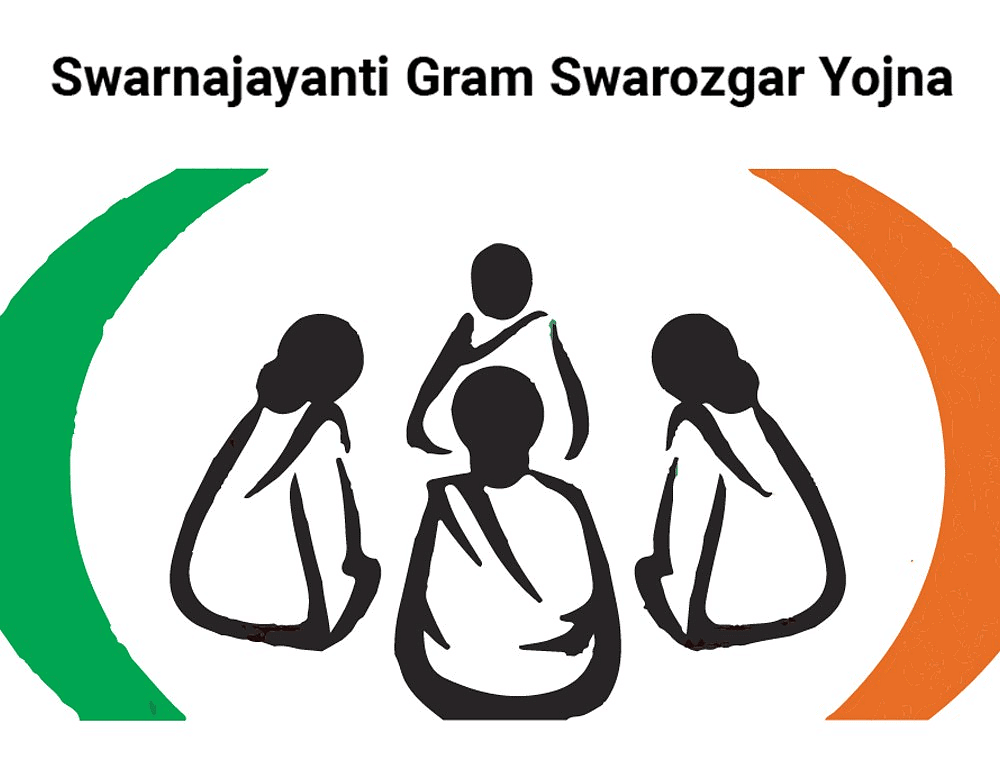