The Age of Social Change 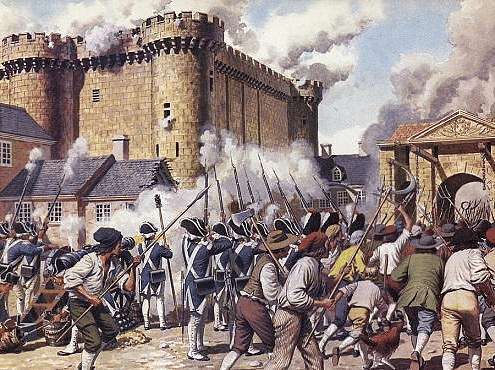 Sudden Change in Society occurred after the French Revolution

The main three ideas emerged during French Revolution paving way for the Age of Social Change.

They argued for a representative, elected parliamentary government, s 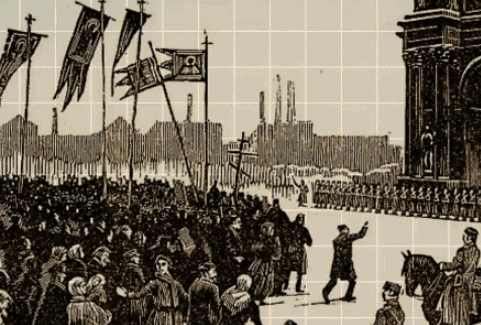 Liberals looked to change society, they wanted a nation that tolerated all religions. They opposed the uncontrolled power of dynastic rulers.They wanted to safeguard the rights of individuals against governments.They argued for a representative, elected parliamentary government, subject to laws interpreted by a well-trained judiciary that was independent of rules and officials.They did not believe in Universal Adult Franchise, felt a man of the property mainly should have the vote, also did not want the vote for a woman.

Radicals wanted a nation in which government was based on the majority of the country’s population. They supported women’s suffrage movements.They opposed the privileges of great landowners and wealthy factory owners.They were not against the existence of private property but disliked the concentration of property in the hands of a few.

Conservative opposed to radicals and liberals.After the French revolution, however, even conservatives had opened their minds to the need for change.In the eighteenth century, conservatives had been generally opposed to the idea of change.By the nineteenth century, they accepted that some change was inevitable but believed that the past had to be respected and change had to be brought about through a slow process.

Question for Socialism in Europe and the Russian Revolution
Try yourself:Which among the following groups was against any kind of political or social change?
Explanation

Conservatives are a group of people who are against any kind of political or social change. 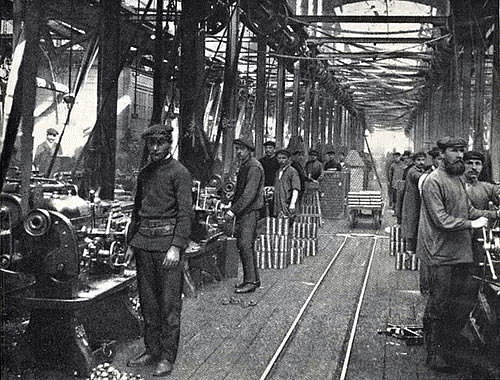 An image of Russian Industrial Workers in the 1890s

The Coming of Socialism to Europe 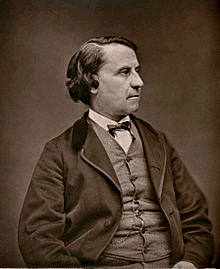 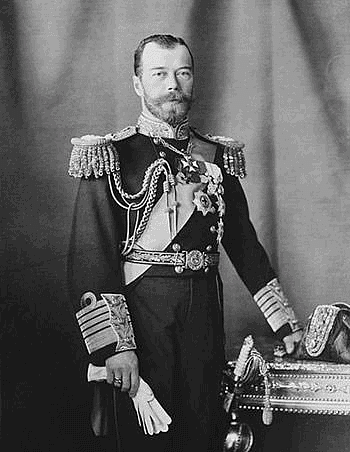 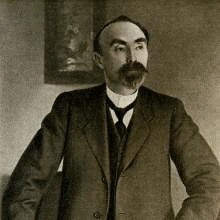 Differences between these two groups were as follows:

Two classes of the Russian Society

A Turbulent Time: The 1905 Revolution 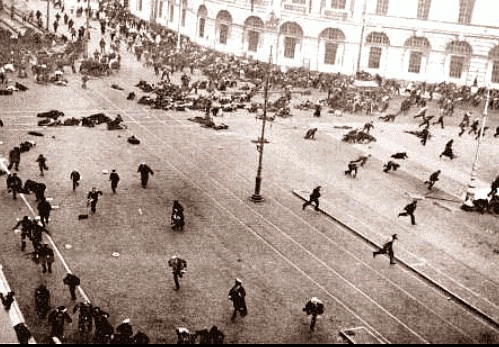 Question for Socialism in Europe and the Russian Revolution
Try yourself:What were the demands made by the workers in St. Petersburg who went on a strike?
Explanation

The workers went on a strike demanding a reduction in the working day to eight hours, an increase in wages, and improvement in working conditions.

Note: The Tsar dismissed the first Duma within 75 days and the re-elected second Duma within three months. He changed the voting laws and packed the third Duma with conservative politicians. Liberals and revolutionaries were kept out.

The First World War and the Russian Empire

Question for Socialism in Europe and the Russian Revolution
Try yourself:Tsarina Alexandra was of the
Explanation

Alexandra Fyodorovna, the daughter of Louis IV, the Grand Duke of Hesse-Darmstadt, was born in Germany on 6th June 1872. Alexandra, the granddaughter of Queen Victoria, married Nicholas II, the Tsar of Russia, in October 1894.

The February Revolution in Petrograd 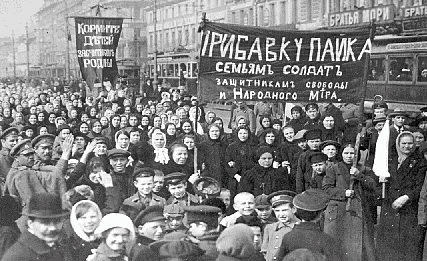 The contribution of Lenin to the Russian revolution:

Vladimir Ulyanov's population known as Lenin is regarded as one of the socialist revolutionists after Marx and Angels. His name has become inseparable from the revolution of 1917. 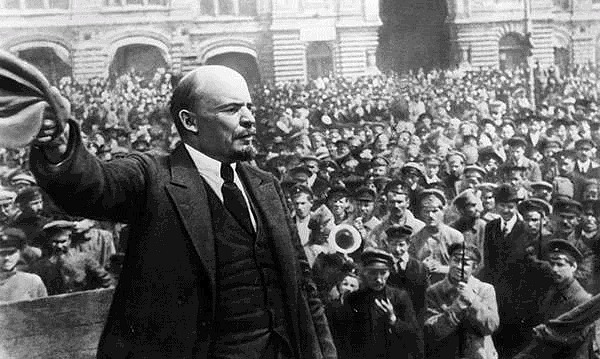 The fourfold demand of the Russian Revolutionaries:

(i) Land to the tiller. Land of the nobles, Church, and the Czar was to be taken over and transferred to the peasant's families for distribution.(ii) Control of industry was to be handed over to the workers or workers soviets.(iii) Peace for all, in particular to soldiers who were suffering heavy losses on the front.(iv) Equal status was to be granted to all non-Russian nationalities living in the Russian territories.

The Revolution of October 1917 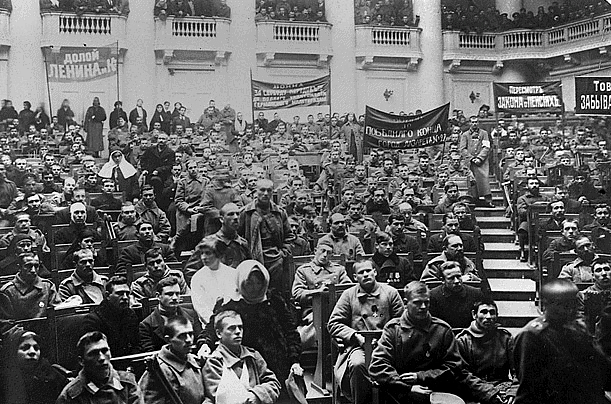 The Petrograd Soviet, the banner on the left reads, "Down with Lenin and Co."

What Changed After October? 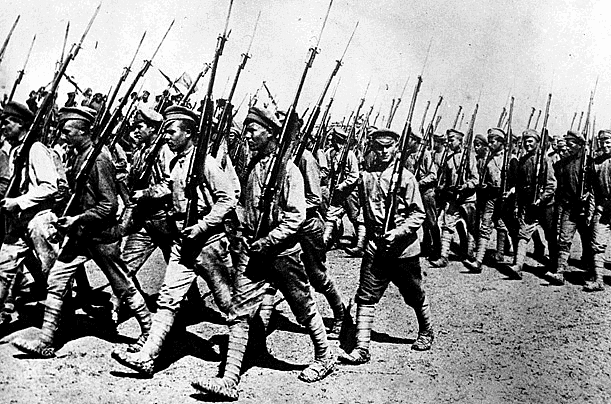 A Red Army Unit marches through Kharkiv during Civil War