The dyestuff industry plays important role in the overall growth of chemical industry. The preparation and usage of dyestuff is one the oldest forms of human activities. The usage of natural dyestuff dates back to the bronze age. Dye flax fibres have been found in the Republic of Georgia dated back in a prehistoric cave 36,000 BP. Archeological evidence shows that particularly In India and Phoenicia, has been extensively carry out for over 5000 years. The dyes were obtains from animal, vegetable or mineral origin with no or little processing. First synthetic organic dye, mauveine, was discovered by William Henry Perkin in 1856 .

There is also mention of dye in the Bible and other works of classical antiquity. It was in 2600 BC when earliest written records of the use of dyestuffs were found in China. Synthetic dyestuffs now available in several hues are amongst the oldest chemicals produced by man [Lalbhai, 2007]. Textile, carpet and garment industry is one of the largest and most prominent sectors as major portion of the dyes are used in textile industry, growth of the textile industry has a direct impact on the growth of dyes stuff industry.

Textile dyestuff had a worldwide market of around US $ 5.7 billion. Largest categories are reactive and disperse dyes that accounts for about 44% of total value. Asia pacific represents largest share and accounts for about 40% global share. At a production of 130,000 MT per annum, Indian due stuff industry contribute to just 7% of the world’s global production. Installed and production capacity of dyes and dyestuffs are given in Table M-IX 2.1.  Dyes are the coloured, ionizing and aromatic organic compounds which has affinity to the substrate to which it is being applied. The dye is generally applied in an aqueous solution which may also require a mordant for improving the fastness of the material on which it is applied. Classification of dyes is given in Table M-IX 2.2.

Colors are an integral part of human perception and life. Much before the invention of synthetic dyestuffs, natural and vegetable colors were in use in India for centuries. Chromphone in Important Class of Dyes is given Table M-IX 2.3 . Perkins development of the first synthetic dye in 1856 led to the birth of European dyestuffs industry and use of synthetics dyes widely extended to all textiles substrates. The well-development textile industry in India soon started use of synthetic dyes and depended on imported organic dyestuffs till forties. The start up of Arlabs ltd., in 1940, followed by other dyestuffs companies in fifties and sixties led to the establishment of the indigenous industry. In the development phase that followed subsequently, India slowly emerged as the supplier of dyestuffs.

The overall production capacity of dyestuffs is 200,000 tonnes per annum. With the ever increasing standards of quality and reliability, Indian dyestuffs industry meets more than 95% of the domestic requirement, out of which textile industry consumes nearly 60% and the remaining is shared by paper, leather & other consumer industries. As far as pigments are concerned, the market size is 115,000 tonnes. Production of pigments and major dyes is shown in Figure M-IX 2.1. The main consumer industries are printing inks, paints, plastics, rubber, etc., accounting for 70% of the end use. Table M-IX 2.5 shows various dyes intermediate and their structure, methods of preparation and their uses. 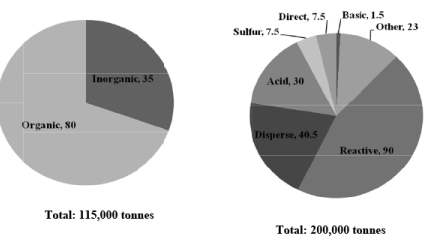 Table M-IX 2.5: Various Dyes Intermediate and their Structure, Methods of Preparation and their Uses