In a substance, as many atoms are close to each other, the energy levels of the atom form a continuous band, wherein the electrons move. This is called the band theory of solids. 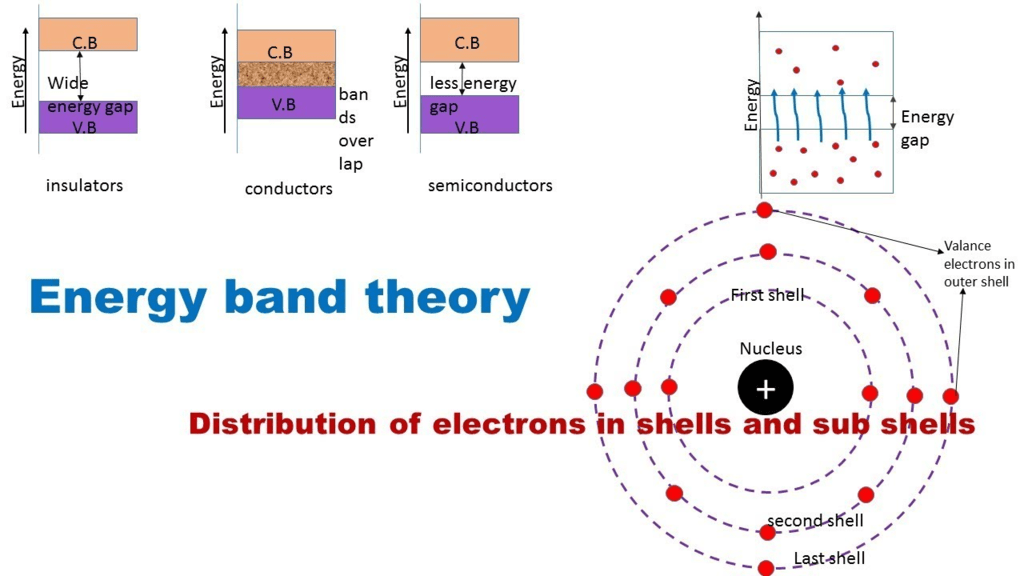 Three Types of Energy Bands in A Solid 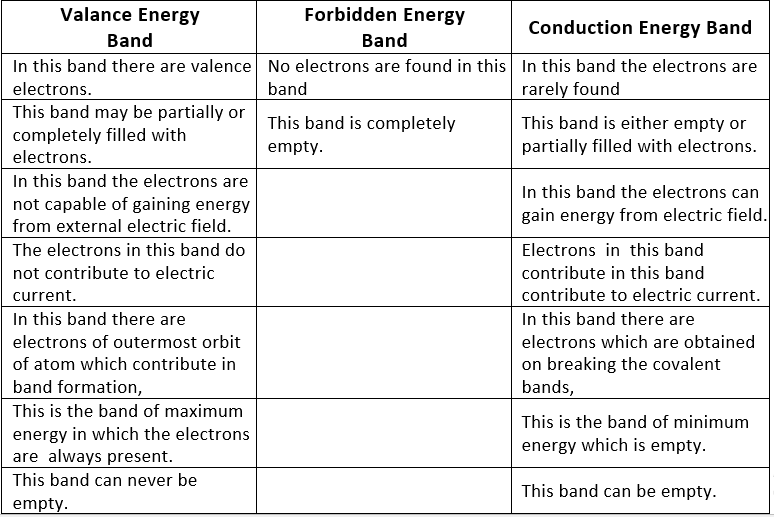 Classification on the basis of energy bands

Depending upon the relative position of the valence band and the conduction band, the solids can be classified into conductors, insulators and semiconductors. 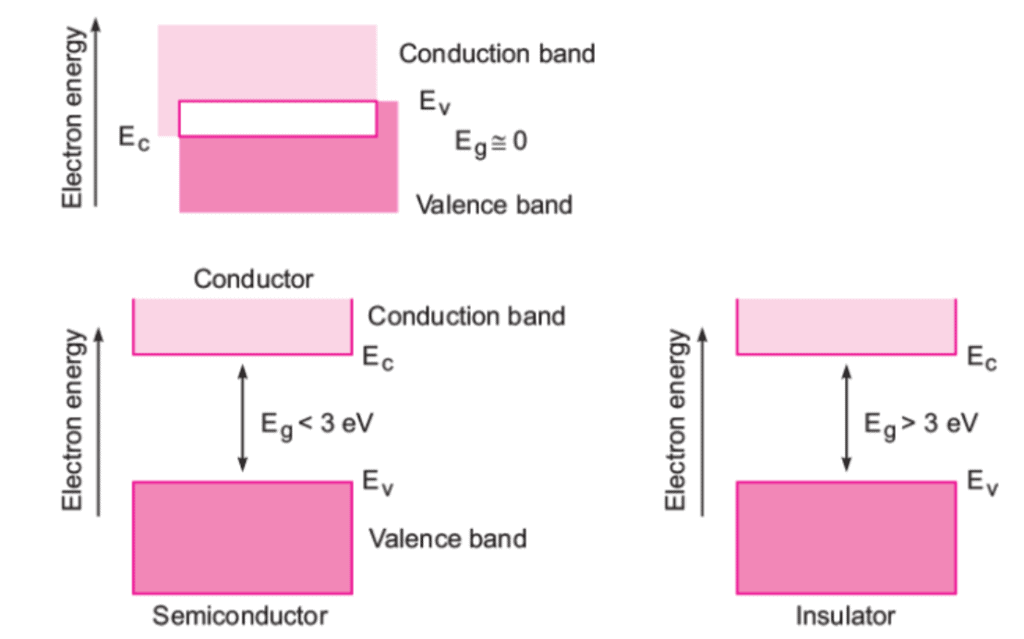 Question for Energy Bands
Try yourself:The energy band gap is maximum in which of the following?
Explanation

The bandgap is maximum in insulators. This makes it difficult for electrons to move to the conduction band. This is contrary to metals and superconductors, which has minimum band gaps facilitating the movement of electrons.

The document Energy Bands - Notes | Study Physics Class 12 - NEET is a part of the NEET Course Physics Class 12.
All you need of NEET at this link: NEET
Attempt Now
Join Course