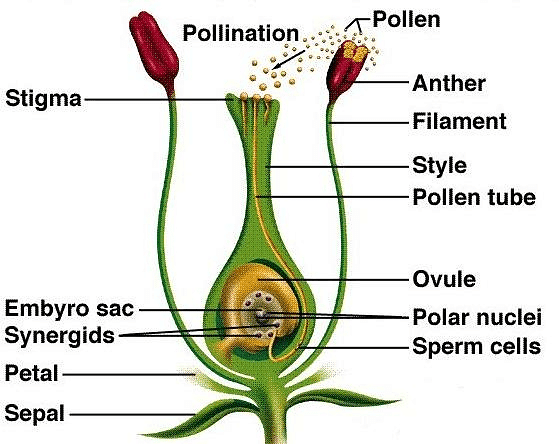 This process is completed in the following steps:

2. Entry of Pollen Tube into Ovule

(iii) Mesogamy: In this method, pollen tube enters into the ovule either through integuments - Cucurbita or through the funiculus - Pistacia and Populus.

Table: Differences between Pollination and Fertilisation 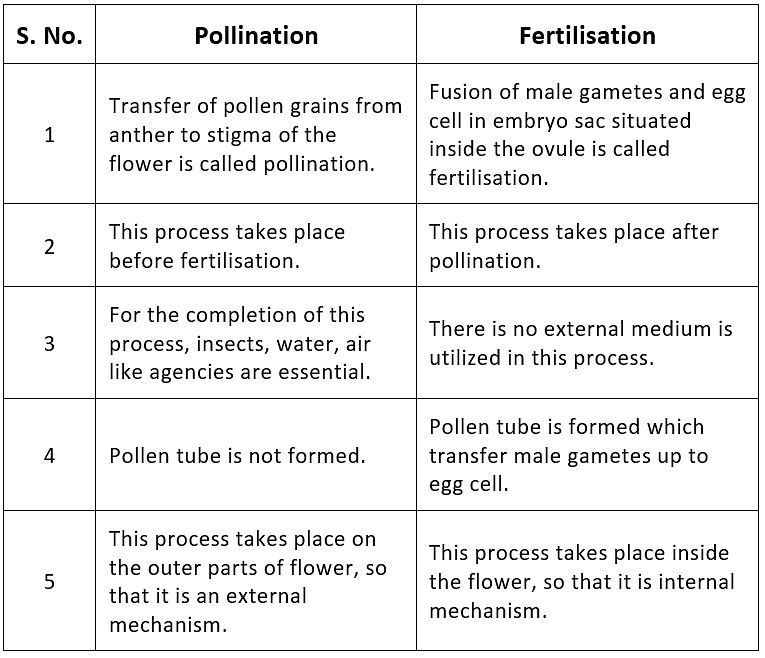 What is Double Fertilisation?

Double fertilisation provides stimulus to the plant resulting in the ovarian development to fruits and development of ovules into the seed. When the haploid male gametes and female gametes fuse, the diploid state of the plant is restored.

The process of double fertilisation is explained below:

Angiosperms are flower-bearing plants and are the most diverse group of terrestrial plants. The flowers form the reproductive part of angiosperms with separate male and female reproductive organs. Each contains gametes – sperm and egg cells, respectively.

Pollination helps the pollen grains to reach stigma via style. The two sperm cells enter the ovule-synergid cell. This proceeds to fertilisation.

Double fertilisation is a complex process where out of two sperm cells, one fuses with the egg cell and the other fuses with two polar nuclei which result in a diploid (2n) zygote and a triploid (3n) primary endosperm nucleus (PEN) respectively.

Development of Embryo in Angiosperms

Once fertilisation is completed, embryonic development starts and no more sperms can enter the ovary. The fertilized ovule develops into a seed, and ovary tissues develop a fleshy fruit which encloses the seed.

Stages of Embryonic Development In Angiosperms

The significance of double fertilisation is as follows: